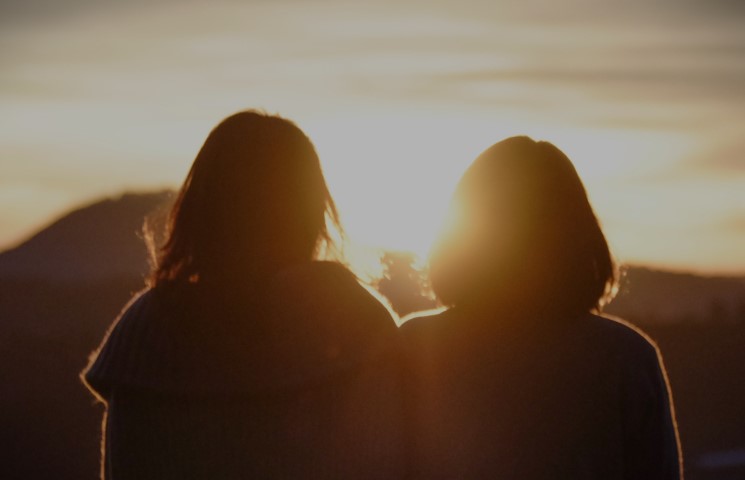 A Tale of Two Wives 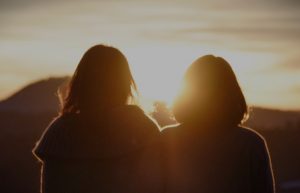 These divrei Torah were adapted from the hashkafa portion of Rabbi Yissocher Frand’s Commuter Chavrusah Series on the weekly portion: #1209 – The Chasam Sofer’s Battle Against the Reform Movement. Good Shabbos!

The Gemara (Sanhedrin 110a) contrasts two wives – Korach’s wife and the wife of Ohn ben Peles. The wife of Ohn ben Peles is associated with the beginning of the pasuk in Mishlei (14:1) “The wisdom of women builds the house…” while Korach’s wife is associated with the end of that same pasuk – “…and the foolish one, in her hands she will destroy it.”

There are different Midrashim which all say the same idea in different contexts regarding these two women. One Midrash states that Korach came home from the inauguration of the Leviim. The purification process by which the Leviim were dedicated to Service in the Mishkan involved their being shaved from head to toe. Furthermore, Moshe Rabbeinu made a tenufah with each of them (i.e., he lifted each of the Leviim and waved them back and forth).

Korach came home all shaven and his shocked wife asked him, “What happened to you?” Korach told her that Moshe did this to all the Leviim, and not only that but he picked them up and waved them around. Korach then described to his wife that Moshe dressed up his brother Aharon like a beautiful bride. Korach’s wife mocked him: “What are you – an animal? You let Moshe shave you like a sheep?” She then asked, “What did Moshe tell you?” Korach answered, “He told us the parsha of Tzitzis.” She said, “Moshe is making fun of you. First, he shaves you and picks you up like an animal. Then he tells you these ridiculous laws about Tzitzis. I will show you how ridiculous it is.” She took a garment that was totally made of techeles (dyed blue wool) and told her husband to inquire of Moshe whether such a garment also needed Tzitzis. Korach came back and told his wife that Moshe responded that such a garment indeed needed Tzitzis. She mocked this ruling: If a single strand of techeles on each corner of a white garment exempts the garment from further tecehles, why does a garment that is entirely techeles need any additional blue threads?

This is what motivated Korach to start up with Moshe. His wife told him that he was a fool for meekly going along with whatever Moshe told him to do. This is what one woman did to her husband.

On the other hand, Ohn ben Peles’ wife was a woman “whose wisdom built her house.” She saved her husband. When Korach was trying to recruit him to be part of the rebellion, his wife convinced him that he had nothing to gain from it. “What difference does it make to you whether you are the lowly subordinate of Moshe Rabbeinu or the lowly subordinate of Korach?” Ohn ben Peles told his wife that her argument was persuasive, but he had already promised Korach that he would join his rebellion confronting Moshe and Aharon, and that Korach was on the way now to pick him up.

Mrs. Ben Peles came up with a plan to save her husband. She got him drunk and he fell asleep on his bed in the back of his tent. She sat at the door of the tent and removed her hair covering. Korach’s representatives saw her on the doorstep with her hair uncovered and they ran away so as not to gaze upon a woman dressed immodestly. In the meantime, they went to the Moshe-Korach confrontation without him, and they were subsequently swallowed up by the earth, but Ohn ben Peles was saved by his wife.

The Gemara here emphasizes the power of a wife, for good or for bad. A wife can goad her husband on to foolishly start up with a superior – which was the downfall of Korach, who otherwise was a pikeach (very clever person). On the other hand, a wife can be the salvation of her husband, sparing him embarrassment and tragedy, as was the case with Mrs. Ben Peles, who saved her husband.

I saw two very interesting comments on this Gemara and these Medrashim.

The first observation is that these were people who were willing to start up with Moshe Rabbeinu. Chazal say “Whoever disputes his Rabbi is like one who disputes the Divine Presence” (Sanhedrin 110a). Are these pious individuals or impious individuals? Yet these same people, who are willing to start a machlokes with Moshe Rabbeinu, run the other way as soon as they see a woman with her hair uncovered. This is incongruous. We would assume that such people are not observant of Torah and mitzvos at all. No! Their reaction to seeing a woman with her hair uncovered is “That is our red line. We refuse to cross that line!” The great irony is that they are willing to rebel against their Torah Master, but run from the sin of gazing at a married woman’s natural hair.

The other observation I saw here is that these people were holy Jews. Chas V’Sholom! They would never look at a woman with her hair uncovered. Nevertheless, they were drawn into a machlokes against their Torah authority. How can a person be so holy and so religious and so meticulous in Mitzvah observance and yet show such disregard for fundamental principles regarding Kavod Torah and Kavod HaRav?

The truth of the matter is that we see this happening all the time. A person can demonstrate all the outward signs of frumkeit and piety, but still not think twice about making a machlokes in the community or making a machlokes with a Rav. A person can consider himself a man of great religiosity and integrity, but show a lack of basic respect and Derech Eretz for his fellow man and teachers. This problem goes all the way back to the time of Korach! Unfortunately, people who will not look at the uncovered hair of a woman will still make a machlokes at the drop of a hat. Making a machlokes is also a negative prohibition!

I heard a story from a prison chaplain about a Jew who was sitting in prison, for not the best of reasons. The chaplain brought him a Lulav and Esrog for Succos. The prisoner told the chaplain “I am makpid on using an Esrog with a pitum!” He did not want the Esrog because he is makpid on a pitum, and yet he is in jail for very justified reasons! This is so incongruous. A person can feel himself so holy – and yet start a machlokes! It is all a matter of priorities.

There is a lesson which we have still not learned since the times of Korach: how to have disagreements without being disagreeable. Someone can have profound differences with people and hold that they are terribly wrong and misguided. But that does not need to lead to personal animosity. It does not need to lead to Lashon HaRah and all the things that go along with machlokes.

Rav Volbe once said in a schmooze that in Slabodka there were two Yeshivas. There was Knesses Beis Yitzchak, founded by Rav Baruch Ber Leibowitz, which on principle did not study Mussar. The Alter of Slabodka broke away from Knesses Beis Yitzchak and founded the Slabodka Yeshiva, known as Knesses Beis Yisrael, which was a mussar Yeshiva. So, in the same small geographic area (one was in Kovna and one was in neighboring Slabodka), there were two Yeshivas with diametrically opposite pedagogic philosophies. And yet, Rav Baruch Ber took a student from the Slabodka Yeshiva as his son-in-law! They had a philosophical dispute – should mussar be taught as part of a Yeshiva curriculum or should it not be taught. But that did not prevent them from being the best of friends, even to the extent of almost becoming like mechutanim!

There is a well-known incident which took place at the funeral of the Rebbetzin of Rav Shlomo Zalman Auerbach, zt”l. Normally, there is a custom that people ask forgiveness (mechilla) from the deceased, prior to taking final leave of them, before the body is lowered into the ground. At that moment, Rav Shlomo Zalman announced that he does not need to ask mechilla from his deceased Rebbetzin because he never did anything in all his years of marriage to her for which he needs to ask mechilla.

Sometime thereafter, Rav Sholmo Zalman met a talmid of his who had recently gotten married. Rav Shlomo Zalman asked the talmid “Nu, how is it going?” The talmid responded, “It is going great! My wife and I never argue!” Rav Shlomo Zalman said, “You and your wife never argue? Is your wife sick?” The student repeated that he had a wonderful relationship with his newlywed wife, and that they never argued. Rav Shlomo Zalman told him, “Listen, it is impossible for two people to live together in the same house and never argue about something. It is inevitable that there will be arguments. What do you mean you never argue?”

The talmid then questioned Rav Shlomo Zalman: “But Rebbe, you yourself said at the Rebbitzen’s funeral that you had nothing to ask mechilla for from your wife, despite your decades of marriage to her. So, you can have a house with no arguments.” Rav Shlomo Zalman told his student: “I never said that we never had arguments. We had disagreements. There were issues. But there is nothing that I had to ask forgiveness for because we came to an understanding. Shalom does not mean that everyone sees things the same way and looks at things the same way and never has any disagreements. Shalom is the ability for people to have disagreements, to have issues, and to have different ways of looking at things, and yet come to Shalom.”

We say about the Almighty that He is “Oseh Shalom b’Meromav” – He makes Peace on High between Fire and Water. Fire and Water are opposites and yet they can coexist in the universe. Shalom does not mean the lack of difference of opinion, or even argument. Shalom means that people – even people who have strong differences of opinion – have the ability to coexist in an atmosphere of mutual respect, admiration and even love.