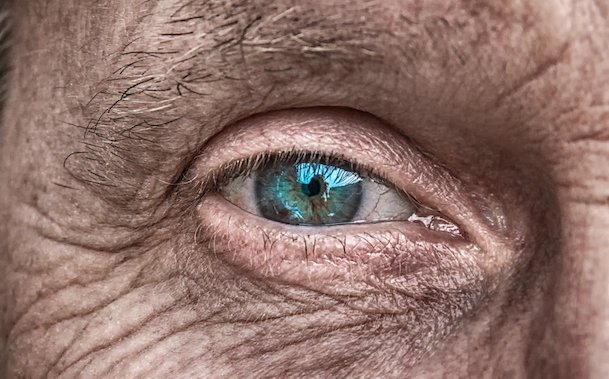 Lashon HaRah Begins Not with the Mouth, But with the Eye 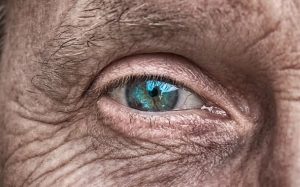 These divrei Torah were adapted from the hashkafa portion of Rabbi Yissocher Frand’s Commuter Chavrusah Tapes on the weekly portion: #1201 – The Shabbos Bris and the Borei P’ri Ha’gefen. Good Shabbos & Chag Kosher V’somayach!

Many times, we have quoted the Medrash about the peddler who came into the city proclaiming “Who wants life? Who wants life?” People thought he was selling some kind of elixir of life. The Gemara says that one of the Tanaim inquired about this elixir he was selling. The peddler read him the pasukim “Who is the man who desires life, who loves days, to see good? Guard your tongue from speaking evil and your lips from speaking calumny, depart from evil and do good, make peace and pursue it.” (Tehillim 34:13-14). In other words, one who wishes to live should avoid speaking Lashon HaRah. The Gemara says that the Amora said he never understood this and now this peddler revealed to him this amazing secret for acquisition of Chayim (life) called Netzor Leshoncha Me’Rah (guard your tongue from speaking evil).

Everyone comments on this chiddush of the peddler, which is an open pasuk in Tehillim. We previously spoke out a thought from Rav Nissan Alpert, z”l, that is worth repeating. The chiddush of the peddler was not merely this pasuk itself, but how one punctuates the pasuk. When we read this pasuk, the opening phrase is a question: “Who is the person that wants to live a long time…?” Where does the question end and the answer begin?

The secret to living a long life is to have a positive attitude. If a person looks positively at matters, and sees people and places and events in a good light, then obviously he will guard his tongue from speaking evil. He will not come to speak Lashon HaRah. One of the great myths of Lashon HaRah is that it starts with the mouth or the tongue. The true problem of Lashon HaRah does not begin with the MOUTH, it begins with the EYE.

If someone looks at people with an “evil eye” and sees only their dark side, that will prompt the person to talk ill about them. However, if someone always sees the positive side of his neighbor, he will not come to speak Lashon HaRah. Perhaps he will see something that the person should not be doing, but he will think to himself, “Ah, but the person has so many good qualities…”

The truth of the matter is that Rabbeinu Yona in the Sha’arei Teshuva at the end of the third Sha’ar discusses different aspects of Lashon HaRah. He divides them into six different categories. He defines the last category (III:231) as a Nirgan. What is a Nirgan? He brings a pasuk in Mishlei (18:8), in which Shlomo HaMelech writes: “The words of the Nirgan are like blows, and they descend to the chambers.” A Nirgan, says Shlomo HaMelech, is a complainer. Rabbeinu Yona elaborates: A Nirgan is a person whose lifestyle and pattern of behavior is to invariably complain and see the bad. He always has complaints about the words and actions of his friends. “And even though the friend did nothing against him, he interprets everything in a negative fashion and not in a positive manner.”

The root cause of Lashon HaRah is having the personality trait of being a Nirgan – the complainer. Nirgan brings a person to see the faults in people and things. That is the sickness. The sickness is not the mouth, the sickness is the eye and how the person perceives things.

This was the chiddush of the peddler. The way to read the pasuk is: “Who is the man who wants life?” – QUESTION MARK! And the answer is “Someone who loves his days, seeing only good” (Ohev Yamim Lir’os Tov). If someone sees the good, he will have a long life because he will be prevented from speaking Lashon HaRah.

I was recently at a lecture series in which Rav Ephraim Shapiro from Florida and I shared the same podium. He told a story, which I think brings this idea into focus. I hesitate to say it in a shul, but I hope you will pardon me because I think it brings home the point very well. It is an apocryphal story (i.e. – it is a parable), but it is an interesting story nevertheless.

There was a religious Roman Catholic woman who decided to go to Italy to visit Rome and the Pope. Prior to taking this once-in-a-lifetime trip, she visited her hairdresser to have her hair done beautifully for her upcoming visit to Italy and the Vatican. She gets into a conversation with her hairdresser and tells her that she is going to Italy. “We are going to Rome.”

The hairdresser says, “Rome? Augh! It is such a dirty city. The streets are not clean, there is litter all over the place; people do things in public they should not be doing in the street. Augh, Rome! It is a terrible city.”

“And where are you staying?” The woman gives her the name of the hotel. “Woa – That hotel, that’s a dive. I wouldn’t let my dog stay in that hotel.”

In short, this Roman Catholic woman goes to Rome. Six weeks later she came back to the hairdresser to have her hair done again. The hairdresser asks “How was the trip?” The woman says, “The trip was fabulous! Rome was gorgeous. It was beautiful. It was amazing!”

“And how was the flight on Continental?” “The flight? It was overbooked. They didn’t have room for us in Economy Class. Not only did they put us in Business Class, they even gave us a free upgrade to First Class. The flight was great!”

“And how was that hotel I told you about?” “Oh, the hotel? Our room wasn’t ready so they put us in the Presidential Suite.”

Then the hairdresser, this Nirgan, the one who always sees the negative in everything, finally asked, “And what about your ‘Private session’ with the Pope?” The lady said, “I’ll tell you. We were standing in line with hundreds of other people. A Swiss Guard approached us and said, ‘The Pope wishes to see you and one other couple.’ We came into the Pope and he said, ‘How wonderful it is to see you. We like people from America to come to the Vatican. It gives us encouragement, etc. But tell me, who does your hair? It’s the worst job I have ever seen in my life!'”

#051 Moser: The Dilemma of the Jewish IRS Agent

#325 The Microscope in Halacha

#457 Getting An Aliyah After Childbirth

#721 Eruv Pesach-More Special Than You Think

#765 How Many Mitzvos of Sefira Are There

#984 The Annual Issue of: “What’s Tonight’s Sefira?” and Other Sefira Issues

#1028 Davening Maariv Early: Does It Make It Tomorrow for Hilchos Milah, NIddah Aveilus?

#1157 “But the Butcher I Buy From Has a Chezkas Kashrus!” (Reliable Reputation)

#1333 OOPS! There’s a Sticker on the Kli I was Just Toivel-Must I Toivel it Again?

#1465 Milah Shailos During the Corona Pandemic