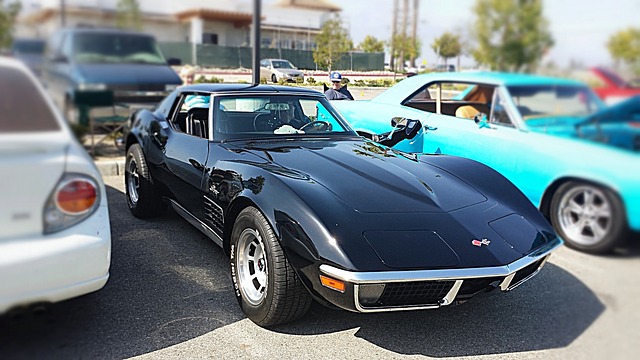 I bought a car that I found has an extended warranty that I can buy from the previous owner. However I bought the car at an auction, and the car manufacturer won’t release the previous owner’s name. Can I call the manufacturer and say something such as ‘This is the car’s VIN number [Vehicle Identification Number], and I just want to make sure you have the correct phone number’? In other words, can I be guileful to get the name of the previous owner so I can buy the warranty?

I think this could be done. It is your property, and you are entitled to get the extended warranty. You can’t take what is not yours. But you can get something, even with ha’ramah [guile], if in fact it belongs to you.

Let’s say that I manage to get the previous owner’s name and call the person, and the person is willing to sign over the warranty for free. If he or she doesn’t know that they could cash in the warranty for $400, should I mention it? This actually happened.

Once he’s willing to sign it over for free, you’re not obligated to question whether he actually knows about its worth. He’s giving you something. He may know it is worth something or he may not know. Even someone of limited intelligence will realize that he paid for something and he can say, “I will take money for it. I paid a certain amount of money for this extended warranty. At least give me my share.” He’s not being conned into selling it to you. You’re not fooling him.

Is there an opportunity for a kiddush Hashem (sanctification of G-d’s Name) if I do mention it?

RABBI BELSKY: I don’t know. A kiddush Hashem is when you give a non-Jew something he lost and you say, “You lost this.” But I think that in this particular case the fellow paid for it, and he most likely knows that he can charge money for it, and that it’s reasonable to charge money for it. And nevertheless he wants to give it to you — he’s being generous. The best thing to do is to tell him: “Thank you very much. I appreciate your generosity. I know you paid for it.”

QUESTION: Let’s say you have a very strong feeling that he really doesn’t know that he’s entitled to some money.

If you said, “I’m entitled to the warranty. I’d like you to sign it over to me because the warranty is mine now that I’ve bought the car”, then you are trying to fool him. But if you tell him, “I know that you bought an extended warranty for this car. Is there any way I could have title to that extended warranty? I would appreciate it”, he would be able to say right away, “Look, I paid $875 for it. The warranty was for six years and two years of the warranty are left. Please give me a third of it.” The fact that he doesn’t say it shows that he’s being generous. Sometimes it’s insulting to a person when you offer him money for something he’s trying to give to you. “Thank you very much,” you should say to him. “I appreciate it. I know you paid for it.”

You can contribute questions of your own by sending them to [email protected] – a student of Rav Belsky’s takes the questions to him and provides his responses here.

Each week we will ask a one or more questions to Rabbi Yisroel Belsky, Rosh Yeshiva of Torah Vodaas, and present his answer.

NEXT WEEK’S QUESTION WILL BE:

I went to an amusement park that has a fee for children over three years old, and is free for children under 3 years old. My child’s third birthday – according to the secular calendar – occurred 3 weeks before our visit, but his third Hebrew birthday was still a week away. I am pretty sure that the amusement park is referring to my child’s secular birthday. Can I say the child is not yet 3 years old?

« Being An Employee
Amusement Parks and Sick Days »