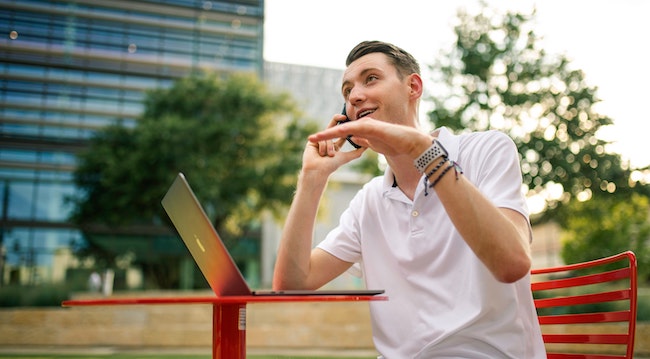 “…Let me gain possession of property for a burial place with you so that I can bury my dead from before me.” And the Hittites answered, “Bury your dead in your choice of our sepulchers. None of us will withhold from you…”…And Avraham said, “Listen to me, and speak up for me to Efron son of Tzohar. If he will give me the Machpelah Cave which belongs to him… for the full price he shall sell it to me.” (Bereshith 23:4-9)

Before Avraham approached Efron to buy his field, he spoke with all the Hittites as a group. At that point, Avraham seemed content with their assurance that they would give him a burial site, but when he turned his attention to Efron alone, he would not accept Efron’s promise to give him the land. Avraham insisted that Efron commit himself to selling him the land. Why did Avraham suddenly change his negotiation tactics?

Avraham’s actions were directed by a number of halachic principles regarding verbal promises. Under normal circumstances an individual is not obligated to uphold a promise to give a very large gift (1). Since people do not generally give such large gifts, it is assumed that one who made such a promise was not being serious at the time. Nevertheless, if the promise was made by a group of people, they are obligated to fulfill it (2). Since each member of the group will have to contribute only a small portion of the entire sum, we can assume that the promise they made collectively was a serious one (3).

For this reason, when the Hittites promised to give Avraham any land he might choose, Avraham could proceed with confidence, assuming that they would not back down on their word. If an individual were to make the same kind of promise it would not be binding. However, if someone pledges to sell, he is obligated to keep his promise (4). This is why, when he dealt with Efron alone, Avraham wanted an assurance that Efron would sell him the land, and would not accept the land from him as a gift (5).

1. Choshen Mishpat 204:8; however, the Responsa of the Pri Yitzchak 51 states that it is praiseworthy for an individual to fulfill his word even if he has promised to give a large gift.
2. Choshen Mishpat 204:9.
3. ibid., Semah 204:14.
4. Bava Metzia 49a; Choshen Mishpat 204:6. The Migdal Oz (Derech Eretz, Ch. 4) writes that there is an exception to this rule: if the original offer was a mistake, one is not obligated to fulfill it.
5. Chut HaMeshulash, Shaar HaMayim – Bereshith 23:4.