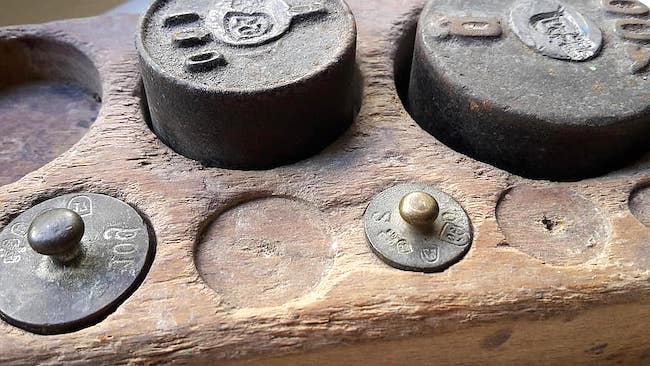 “And Avraham listened to Efron and he weighed the amount of silver that he had promised Efron in front of the people of Cheth, giving him currency accepted by every merchant.” (Bereshith 23:16)

Avraham demonstrated his superior level of integrity in the way he paid Efron. He weighed out the money generously, and gave Efron coins that were accepted by any merchant. In that way he made sure that there would be no question of cheating Efron on the agreed price.

Our Sages go to great lengths to describe the severity of maintaining correct scales. They compare weighing produce to carrying out a judicial ruling. One who is careful to render a correct decision in a beith din is considered to have strengthened one of the foundations of the world. The same applies to someone who maintains accurate scales (1). On the other hand, someone who ignores this responsibility causes a desecration of God’s name and deserves to be banished from the land (2). All those who associate with him are susceptible to suffering a similar fate (3).

A town once suffered from lack of rain. Despite fasting and prayers, the drought continued. One night the Rav of the town dreamt that a certain member of the community who was a simple store owner should pray for rain for the people of the town. At first the Rav ignored the dream, but when it continued to reappear the Rav approached the individual and asked him to pray for the community. At first the storeowner refused, but the Rav was very adamant and soon he consented. He brought his scales to the shul and made the following bold statement: “If I cheated someone even once, I should be burned alive. If not, the drought should cease.” Shortly after he concluded his prayers, the rain began (4).