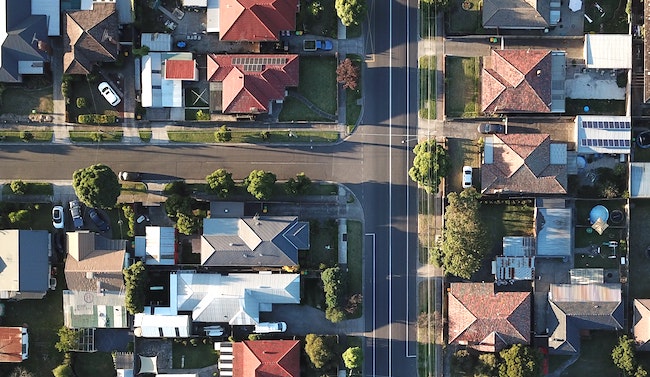 Among them (the twenty four factors which interfere with repentance listed in this chapter) are five things which lock the path of teshuva (repentance) before those who do them. They are:

(b) One who disputes the words of the sages, for his dispute will cause him to separate from them and he will not know the ways of repentance.

(c) One who makes fun of the mitzvos (commandments), because since they are degraded in his eyes he will not run after them nor will he do them. And if he does not do, how will he gain merit?

(d) One who disgraces his Torah teachers, for this matter causes them to reject (lit., ‘push away’) and banish him, as Yeshua and Gehazi. And once he is banished he will not find one who will teach him and instruct him in the true path.

[Note: I will translate the 5th example and the remainder of this law G-d willing in two weeks’ time.]

Last week we began Chapter 4, in which the Rambam enumerates 24 attitudes or types of behavior which make repentance very difficult. Last week the Rambam listed four types of sinners who are unlikely to come to penitence on account of the severity of their sins. This week he lists five more which “lock the path of repentance” before those who do them. As the Rambam explains, such people cut themselves off from improvement because they disassociate themselves from the very sources which might have brought them to salvation.

Before we look at the Rambam’s examples more closely, I’d like to make one important point of introduction. Many of the sins the Rambam lists here are much more severe than the Rambam here implies. In fact three of them (1, 2 and 4) were explicitly listed in the previous chapter as potentially causing their doer to lose his share in the World to Come altogether. One who separates from the community or takes on the Sages is practically writing himself off of the fold. Yet here the Rambam makes a much smaller point — that practically, it will be difficult for such a person to repent.

Thus, the Rambam here is not concerning himself with the severity of such sins themselves. He addressed that earlier in his work. He is rather addressing a more limited issue — that practically, people who cut themselves off from Israel or its sages will have a very hard time coming to repentance on their own.

The basic theme of this law is fairly straightforward and needs no great elaboration. However, there are several smaller issues which require clarification and which I deal with below.

(a) One who separates from the community: There is a fascinating relevant statement in Pirkei Avos 2:13. R. Yochanan ben Zakkai asked his five top students for a single good practice or quality which a man should adopt, one which will positively impact on him as a whole. One student, R. Yehoshua, recommended acquiring a good friend. Another, R. Yossi, suggested having a good neighbor. Likewise in 2:14 R. Yochanan asked his students for a bad practice to avoid and the same students suggested a bad friend and neighbor respectively.

Of the two opinions, R. Yehoshua’s good/bad friend would appear to be much more significant than the good or bad neighbor. Isn’t your friend — meaning, a true friend and confidant — the one who will look you in the eye and tell you you need to improve? Isn’t he one who truly cares about you and will advise and reprimand you for your own good? Our relationship with our neighbors, by contrast, is far less intense — we’ll wave a friendly hello to him from our driveway, exchange a few pleasantries at the store, etc. But that’s about the end of it — unless, of course, he grows into a friend as well. If so, how could R. Yossi recommend a good neighbor as a better inducement to personal growth?

The answer is actually something we are all quite familiar with. One of the strongest, most palpable senses we have can be summed up as “What will the neighbors think?” People feel an enormously strong — almost irrationally strong — fear of standing out in public. Appearing different, becoming the butt of everyone’s stare is a mortifying sensation. Imagine, say, having stomach cramps in public. If no one were looking you might bend over, moan, press down on your stomach, or whatever. But in a public area you will continue walking along as if nothing is amiss. Hopefully no one will notice those little grimaces you cannot avoid.

This is the basis for R. Yossi’s opinion. Take by contrast the example of a good friend. A friend too can be an enormous stimulant to spiritual growth. But he’ll do it by challenge and confrontation. He’ll look you in the eye and tell you just what you’re doing wrong — if you can swallow his words, that is. True, you may grow immensely from it, but the rare times it happens, it will be an exceedingly difficult confrontation, one which tests the mettle of both you, your friend, and your friendship.

Good neighbors, by contrast, exert the same amount of positive influence without the confrontation — for the very simple reason that you will do almost anything not to veer from the standards they set in the neighborhood. Let’s say you live in a neighborhood in which everyone is Sabbath observant. Would you get in your car and drive down the block — even if you couldn’t care less about the Sabbath yourself? You’d be mortified! You’d find yourself observing the Sabbath and being involved with your community’s good activities whether you want to or not. (And of course once you get your taste of good deeds and Sabbath observance, chances are they will work their magic on you and you will become a changed human being.)

This is why the Rambam lists separating from the community as so strong a deterrent to repentance. If I do not associate with a community, I am left on my own. I will become accustomed to myself and all my faults. And I will be extremely unlikely to better my lot.

(d) One who disgraces his Torah teachers: The Rambam gives two examples of such students — one Gehazi (“Gai’chazi” in Hebrew) and the other Jesus. I know this piques my readers’ interests, so I will give a little background to each of these students.

The Talmud (Sotah 47a and Sanhedrin 107b) states that one should always “push away with his left while drawing close with his right.” Meaning, even if we must reprimand others, it should be gently, never pushing away the sinful utterly. One should not, continues the Talmud, do as Elisha did to Gehazi or R. Yehoshua ben Perachia did to one of his students. In both cases, the teacher pushed his student away too harshly, causing the student to be lost entirely.

Gehazi was the personal servant of the prophet Elisha (see II Kings 4, 5 and 8). He is mentioned only a few times in the Bible, once negatively and twice neutrally. Rabbinic writings, however, paint a much uglier picture of him — as a coarse and avaricious fellow, one of the very few well-known Jews to receive no share in the World to Come (Mishna Sanhedrin 10:2).

The incident to which the Talmud and Rambam refer appears in II Kings 5. Na’aman was the commander of the army of Aram, a Mesopotamian nation neighboring Israel. Due to a bout of leprosy he went to Elisha asking for a cure. Elisha’s response was that he should wash himself seven times in the Jordan River. At first Na’aman was furious. He expected something far holier and more mystical than a bath. Had he wanted a natural cure he would have been better off availing himself of the hot springs of Aram. He was ready to storm off, but his servants convinced him to give it a try. He did so and his flesh became as that of a “young lad.”

Na’aman returned to Elisha, attesting that “there is no G-d in all the land except in Israel,” He then offered to pay tribute, but Elisha refused to accept it. Shortly after, Gehazi ran after Na’aman, saying the prophet changed his mind and was prepared to accept tribute. (See Talmud Erchin 16a that Na’aman doubted him and insisted that he swear Elisha sent him.) Gehazi “accepted” two talents of silver and two changes of clothes, which he stashed away for himself.

When he returned, Elisha (who of course knew all about it), was furious. “Is it time to take the silver, and to take clothes, olive groves, vineyards, sheep, cattle, slaves and maidservants? The leprosy of Na’aman will cleave to you and to your progeny eternally!” As a result, Gehazi forfeited his share in the World to Come.

What was so evil about Gehazi? True, we can see several sins in his behavior — stealing, misrepresenting, swearing falsely — and the Talmud attests to several other wicked deeds of his, but what was so awful about him that he forfeited his share in the hereafter?

R. Shmuel Eliezer Eidels (the Maharsha), of 16th-17th century Poland, in his commentary to the Talmud, explains as follows. There is a deeper thread running through the story. When Na’aman offered tribute to Elisha, what was his motive? Very simple. The holy man cured him; he must pay for his services. This was all the more the case now that the cure was basically a natural one. The Jordan clearly had curative powers Na’aman was unaware of. Elisha, for pointing him to an appropriate remedy, deserved compensation no less than a doctor charging for his services.

The prophet, however, refused to take money. Although the cure came via a natural source, it was G-d who cured Na’aman. Elisha had no right taking money for G-d’s miracles. The general should rather accept and have faith in the G-d who healed him. (If so, why was immersing in the river necessary at all? Because in general G-d does not perform unnecessarily spectacular miracles. They are generally done via a seemingly natural conduit or chain of events — not unlike the staff Moses used to perform miracles.)

When Gehazi returned to Na’aman asking for some loot, this great lesson — taught to one of the leaders of the civilized world — was utterly lost — for a few pieces of silver. The message had now become that Elisha did the healing and deserved compensation. G-d was out of the picture; a great demonstration of G-d’s power and lesson in Jewish theology were lost. It was actually the previously unknown curative powers of the Jordan which did it. Elisha the doctor, who knew of its powers, prescribed the cure and deserved something in return. And a potentially great moment in world history was lost forever.

I must apologize — I didn’t get to the Rambam’s more intriguing example. G-d willing next week!