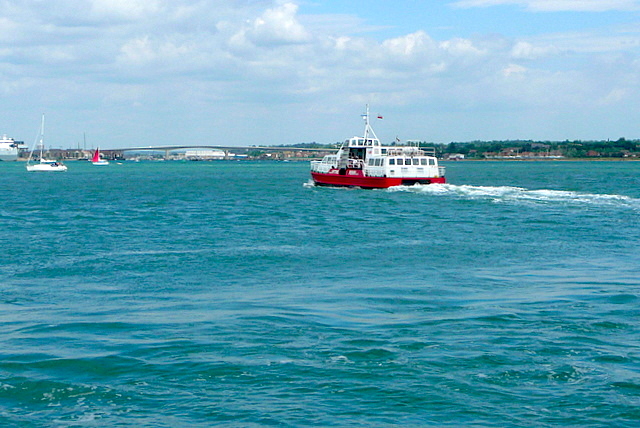 There are twenty four things which interfere with (lit., ‘hold back’) repentance. Four of them are such serious sins that one who does one of them G-d does not give him the opportunity to repent due to the severity of his sin. They are:

(a) One who causes the many to sin. Included in this sin is one who holds back the many from performing a mitzvah (good deed).

(c) One who sees his son developing in a bad way and does not restrain him. Since his son is under his authority (lit., ‘in his possession’), had he restrained him [the son] would have refrained; thus [the father] is considered to have made [his son] sin. Included in this sin is whoever could have protested [the behavior of] others, whether the many or the few, and he did not protest but [instead] left them in their ‘stumble’ (‘kishlonam’).

After concluding the last chapter, in which the Rambam enumerated classes of people who lose their share in the World to Come, the Rambam this week begins a different list — of sins or behaviors which make teshuva (repentance) very difficult.

In this law the Rambam lists four sinners whose sins are so severe that G-d simply does not give them the opportunity to repent. Although as the Rambam concluded last week, even the most abominable of sinners can repent — and G-d accepts repentance till our very last moment, G-d may at times deny a person that opportunity. Short of G-d literally taking away a person’s free will, perhaps the person will die suddenly, without warning, or he will no longer have his consciousness, his sanity, or his peace of mind during his final illness. Even though repentance is virtually always acceptable to G-d, G-d controls so many of the surrounding factors that it is truly in His hands if we are granted the opportunity to come close to Him. Needless to say, in such matters one should never miss a single opportunity.

Even before one’s final days on earth, G-d can easily control our ability to return to Him. He may make our lives too busy and preoccupied to allow us the time to sit back and reflect. We may have the gnawing sense that we must improve, but life is just too crazy to think about it.

And unfortunately, many of us suffer from this same tragic phenomenon. I doubt G-d Himself is reaching down from heaven withholding our teshuva: I would hope most of us aren’t that bad. But even more tragically, we do it to ourselves. We run such busy, hectic lives that we don’t allow ourselves the chance to really stop and see just who we are, how we’re living our lives, and what’s the purpose of it all. As I once heard R. Noach Orlowek (well-known author, educator and counselor in Jerusalem) observe, Pharaoh, in his great and terrible wisdom, knew just how to quash Israel’s nascent quest for freedom: “Make the work heavier on the men and they will do it; and let them not contemplate false matters” (Exodus 5:9). Keep them busy; make them work round the clock — and they simply won’t have time to think about life. In our own lives it’s often not the sins that destroy us. It’s the busyness. The greatest deterrent of everything noble and all we might achieve in life is that we simply haven’t got the time.

Turning to the specific examples the Rambam lists, the first three are all very similar. If I cause others to sin or withhold them from doing good, G-d will make it very difficult for me to repent. The Rambam writes simply that this is the result of the severity of my sin. Causing others to sin is so wicked that G-d will not give me the opportunity to repent. I believe, however, that there is a deeper truth behind this principle.

Pirkei Avos (5:21) states: “Anyone who brings the many towards merit — a sin will not come about through him. And anyone who brings the many to sin will not be given the opportunity to repent.” The Talmud (Yoma 87a) makes a similar statement and explains “in order that he not be in Hell and his students in Heaven” — or vice versa. One who inspires others to greatness will be specially protected by G-d, and one who lures others towards evil will be withheld from ever improving himself.

And the idea is not simply that it’s inappropriate that such a person receive different treatment from his students. Rather, the reason is that one who tempts others off the path has gone beyond himself in wickedness. He has not only sinned himself; he has destroyed others. And once that occurs, G-d simply does not allow him to repent. He went beyond himself in evil; he has propagated sinfulness beyond his personal domain and beyond what he can control. And just as it is out of his power to undo the deadly effects of what he has unleashed, neither will he be granted the opportunity to amend it within himself.

The final case of the Rambam is quite different and I think worthy of analysis. One who says “I will sin and I will repent” — or Yom Kippur will atone for me, will not be afforded the opportunity to repent. Here too the Rambam writes simply that such an attitude is so sinful that G-d does not allow such a person to repent. I fear, however, that there is much more tragic justice at work here.

What is the mentality of someone who could reason like this — who could say I’ll sin now and repent later? No doubt he has a desire he really wants to fulfill. He can’t restrain himself. But nu? G-d doesn’t let? So later I’ll repent! I know I’ll have to pay for this later, but at least let me have some fun right now! Down the road (perhaps when I’m older and achier and less wrapped up in my urges) I’ll bang my chest a few times, give the appropriate amount of charity, and all will be happiness.

There is something fundamentally flawed with a person who could think this way — and I cannot possibly overemphasize this. Such a person has NO IDEA what repentance is. The amount of penitence required to atone for a sin is so much greater, so much more painful and gut-wrenching than the sin itself, that no one sane — who has any idea what he is really dealing with — could possibly imagine it’s worth sinning and paying up later. You’ll get one unit of pleasure and pay up with 10,000 units of regret and flagellation (like buying a can of soda for $50,000). And anyone who thinks it’s worth sinning and then later going through penance really has no idea what’s he talking about — and I cannot believe he would ever come to true repentance with such a whopping misconception.

Further, we have to ask ourselves what repentance is to begin with. In a word it is, “G-d, I regret having disobeyed Your will and sinning to You.” Now, if a person really thought it was worth sinning to enjoy the pleasure, by definition he can never say “I wish I hadn’t done this to You.” He did want to do it! He just thought it was worth paying up after! Is that actual regret?

Thus, with such a mindset, repentance is basically denied from such a person. He really doesn’t regret sinning to G-d — he just regrets having to pay. He thinks in terms of consequences: “There is nothing inherently wrong with exceeding the speed limit — just if I’m caught I’ll have to pay up.” That may be arguable in a secular code of law. But what G-d forbids is inherently evil and an affront to the One who commanded it. There’s no such thing as being “worth it” to sin occasionally so long as we pay the price. And anyone who thinks it is neither knows what sin is nor will truly come to regret and repent — unless he undergoes a very profound change of heart.

The Rambam thus presents us with a short list of very serious sinners containing within two equally serious messages. First of all, if we go beyond ourselves in sinfulness, G-d’s customary mercy will be withheld from us. If we sin personally, G-d may spare us. But if we cause others to sin there is little hope for us.

Second, to even begin the road to repentance we must recognize both what sin is and what repentance is. Sin is an affront to G-d, a flaunting of His will. It is never “worth it” no matter the consequences. And repentance is so much greater an effort than the pleasure of sin that no sane person would trade the one for the other. Sadly, our “repentance” is often of the type, “Oh, that was too bad — I really shouldn’t have done that” and then moving on forgetting the entire thing. I don’t have a nice way of saying this, but such could not be further from true teshuva. The unendurable pain of suffering and distance from G-d can only be averted through an equally gut-wrenching process of excision — either through G-d’s retribution or our own acts of remorse and penitence. Repentance is hard, hard work — infinitely hardly than having found the willpower to resist temptation in the first place.

I wish I had a cheerier message for this week, but let’s face it: We cannot study a work on repentance expecting no more than some sugary message like: “It’s alright; G-d loves you all the same.” G-d does love us — there is practically no statement truer. Yet life is more than feeling good about ourselves. It is hard work — exhilarating work, but hard work nonetheless. And if we have failed — as we all do from time to time — it is we who must make the effort to lift ourselves up and reconnect.