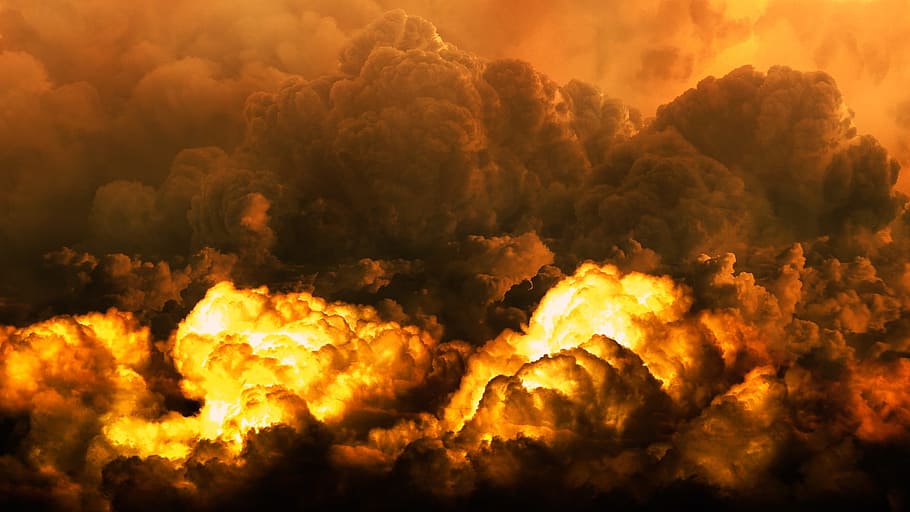 Chapter 7, Law 5 – The Road to Armageddon

Every one of the prophets commanded [us in the obligation of] teshuva (repentance). And Israel will only be redeemed [from their current exile] through repentance. The Torah already promised that Israel will ultimately repent at the end of its exile, and they will then immediately be redeemed. This is as it is stated, ‘And it will be when all of these things happen to you, the blessing and the curse which I have put before you, and you will take it to heart among all the nations which the L-rd your G-d has thrust you there, and you will return to the L-rd your G-d and listen to His voice as all that I [have commanded you today]… And the L-rd your G-d will return your captivity and have mercy on you, and He will return and gather you from all the nations that the L-rd your G-d scattered you there’ (Deuteronomy 30:1-3).

This week’s paragraph discusses the role teshuva (repentance) plays in bringing about Israel’s ultimate redemption from exile. As the Torah and Prophets state often, the redemption will be preceded by and predicated upon Israel’s repentance and return to G-d. Once we accomplish that, our salvation will naturally and painlessly follow.

One interesting observation, before we examine the Rambam more carefully, is that this is practically the first time the Rambam relates our repentance to world events. Up until now we have viewed teshuva as a personal obligation — either as a means of making amends to G-d (or the ones we’ve hurt) or as our own path towards self-fulfillment. Now we are beginning to view teshuva on a grander scale — as our own humble way of directing the course of history and bringing about Israel’s salvation.

(You can compare this law to 3:4 where the Rambam stated we should see the entire world as exactly balanced at the 50/50 mark — 50% meritorious, 50% evil — and that our next action may literally spell the difference between life and death for the entire world. However, as we explained then, the message was more in order that we recognize the significance of our own actions, rather than that we act virtuously in order to save the world.)

This basic point — that our actions will bring the redemption — opens up some fascinating ideas — both in terms of how we should view our repentance and in terms of how G-d runs and will ultimately redeem the world.

First of all, redemption is clearly a process. It does not just fly in out of the clear blue sky, while we’re sitting around minding our own business. It is a process — of our coming closer to G-d nationally and as a result of His orchestrating world events to bring us back to Him. And as with most things in life, man must take that critical first step and only then will G-d and the universe follow.

This in itself is an important message. As we know, the Rambam has discussed free will at great length — that our actions, and to some extent what they result in, are our own doing. We are not just helpless cogs in some gargantuan universe, being controlled by juggernaut-like forces over which man has no say. Our fates really are in our own hands — not only personally but the very course of history. For better or worse, we wield enormous power in this universe. We are the central pieces around which the rest of existence revolves. It was almost as if G-d left His creation unfinished, leaving it for man to decide the world’s ultimate fate.

But on the other hand, we control it not in the sense we might expect (or even hope for). We do not control the fate of history through international diplomacy, alliance building, or even battles and conquest. We control the world via one means alone — repenting and making ourselves worthy of salvation. Once that is accomplished, our redemption will just happen. G-d will take care of things. We need not concern ourselves with the details.

(Of course this is not to say that we can be reckless and leave our fate up to G-d’s miracles. We make our rational efforts at making Israel and the world a better and safer place for us all — whether that implies voting for politicians we think better for Israel’s security, writing letters to our representatives, or endorsing policies we feel are most consistent with Israel’s and Jewish interests worldwide. Yet we control the world’s fate through one means alone: through repentance (as well as our good deeds in general).)

When G-d first appeared to Moses at the burning bush, He instructed him to tell the Children of Israel about their upcoming redemption, and that he and the elders should go to Pharaoh and demand Israel’s release. When Moses and Aaron first informed the bondage-weary people of the good news, they became ecstatic. The believed Moses immediately and eagerly anticipated their future redemption.

What followed, however, was a significant setback. When Moses and Aaron approached Pharaoh (the elders chickened out even before arriving), he rejected out of hand their request for a three day spiritual retreat in the desert. Not only that, but he concluded the Children of Israel must have been having too much time on their hands and so were dreaming up such wild ideas. To correct the situation, he made the work even harder on Israel, refusing to supply the straw while demanding the same quota of bricks (see Exodus 5).

As a result, Israel’s enthusiasm immediately dissipated. They complained to Moses for muddying the waters, preferring to serve Pharaoh in peace. Their dreams of salvation were all but forgotten in the face of the crushing burden of slavery. And Moses himself complained to G-d for sending him, getting the nation’s hopes up only to make matters even worse for them. G-d responded to Moses as follows: “Now you’re going to see My salvation — the work of My mighty hand” — the likes of which the world has never seen before or since (Exodus 6:1).

Although the entire story is suspenseful, it all begs a very basic question. Why in fact did G-d get Israel’s hopes up so, only to dash them entirely and make matters even worse? Let’s say it wasn’t quite time for the salvation. Israel was destined to work another few months before their time had come. So why not just come to Moses six months later, when it was really time to redeem us? Why begin the process only to interrupt it until the deadline had really come?

The answer is that this is the way redemption works. G-d makes it clear that it is entirely His doing. G-d made Israel’s situation utterly hopeless and then He turned around and redeemed them. And the message is clear: We should never feel that our salvation has some logical sense to it, that Egypt is an advanced society, that Ramses (or whoever) is an enlightened Pharaoh, he won’t want to lose the Jewish vote, etc. Rather, G-d brings about our redemption in the least logical way imaginable — in spite of everything else falling apart around us.

There are two important messages which emerge from this. The first is that we should not see ourselves as a “natural” people. We were not like some colony of an imperialistic power, which earned its freedom through the goodwill of its patron nation or through its own violent agitations. Our existence, being born as it was from a crushed, downtrodden nation of slaves, makes no sense rationally. Logically, we should have disappeared as a separate, independent entity, absorbed into our host nation physically and culturally, never to be heard from again. We only exist because of G-d’s mighty hand which brought us out and made us free. And so, we are only a nation of G-d. (Heard from R. Yitzchak Berkovits of Aish HaTorah.)

But secondly, more germane to our discussion, is that we should never feel our own machinations bring about our redemption. It was entirely G-d. Nothing we did or could have done would have done anything other than make matters worse. We have no control of history directly. G-d wants us to recognize that — and to turn only to Him.

And it was not just the Exodus. The same principles will be at play for our future redemption. G-d wants us to recognize that it is Him and only Him. I don’t think too many of us today believe that the Oslo Accord, settlement freezes, and concession after concession after goodwill gesture will bring about our ultimate salvation — or in fact will bring us anywhere closer. Islam will become more moderate, Hamas will recognize Israel’s right to exist, the Palestinians will realize war and intifada make no economic sense, the world will no longer tolerate terrorism, they will recognize our historic connection to the Land, etc. Right. Tell us about it.

Rather, all our efforts — and we do need to make intelligent decisions and try our best — will come to naught. Be unyielding towards the Palestinians and we will only increase their and the world’s resentment of our “aggression”. Bend over in conciliation and we will appear irresolute and lacking in conviction, whetting our enemies’ appetites for ever more. We will be backed against a wall, with Jerusalem at the center of the Final Showdown. And we will turn to G-d (if as a last resort it takes us that long). And then G-d will turn around and save us.

“And the L-rd will come forth and fight against those nations as on the days of His fighting on the day of battle… And it will be on that day a great panic from G-d will be upon them, and one man will grab his fellow’s hand, and his hand will overcome his fellow’s hand” (Zechariah 14:3,13). We must first give up all hope of a rational solution. We will be surrounded, backed against a wall with no escape, the world turned against us. We will turn to G-d as our only hope for salvation. And then we will be free.