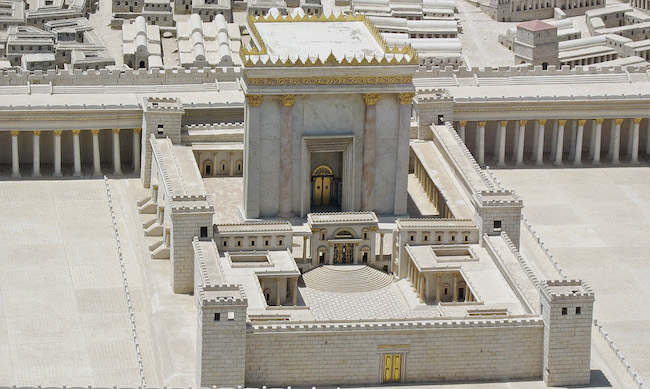 How much did David desire life in the World to Come, as it is stated, ‘had I not trusted to see the good of G-d in the Land of Life’ (Psalms 27:12). The early sages have already informed us that man does not have the ability to clearly comprehend the good of the World to Come, and that there is no one who knows its greatness, beauty, or essence other than the Holy One Himself.

Further, all the good which the prophets foretold to Israel only regard physical matters which Israel will enjoy in the days of the Messiah (lit., ‘the anointed king’) when sovereignty will return to Israel. But the good of the World to Come is inestimable and without compare. The Prophets did not compare it to anything in order that they not lessen it by their comparison. This is as Isaiah stated, ‘An eye did not see it, L-rd, other than Yours, what He will do for those who await Him’ (Isaiah 64:3). Meaning, a good which no prophet’s eye has beheld and only G-d has seen is what the L-rd created for the man who awaits Him. The Sages stated, ‘All the prophets prophesied only for the Era of the Messiah, but regarding the World to Come, ‘An eye has not seen it, L-rd, other than Yours” (Talmud Brachos 34b).

This week’s law is the Rambam’s final regarding the World to Come — and wraps up many of the points we have been discussing up until now. In a word, unlike another religion which depicts a physically-alluring paradise, the Torah teaches us that the actual World to Come is something utterly beyond physical man’s comprehension. Any attempt at description would fall woefully short — and would only cheapen concepts not meant for the physical universe to begin with. Even the Prophets were not given a vision of the World to Come — simply because there is no way it can be accurately depicted, even metaphorically, for humankind.

If so, continues the Rambam, what of the myriad prophecies we do have describing a majestic and seemingly-miraculous future period? When will “the wolf live with the lamb, and the leopard crouch with the kid” (Isaiah 11:6)? When will “the lion, as the ox, eat straw” (ibid. v. 7)? When will “I make your windows of rubies, your gates of beryl, and all your borders of choice stones” (54:12)? When will “the sun no longer be for the light of day and the glow of the moon will not shine for you, for the L-rd will be for you an everlasting light” (60:19)? If the Prophets did not see the World to Come, what were they envisioning?

The Rambam answers briefly here and in more detail elsewhere (see primarily Laws of Kings 12:1). Since the Prophets never envisioned the World to Come, all of their prophecies must pertain to the era of the Messiah. This will be a time not utterly different from today. The world will still be physical. We will still eat and drink, marry and raise families, work for a living, till the soil for food, and die when each of our times come.

But with one critical difference — really the only one we all need: The world will know G-d. The world will no longer be a place of concealment of G-d’s reality. His nation, the Jewish people, will no longer be a downtrodden, generally-hated minority. The Messiah will come to rescue us. He will destroy our enemies. We will return to the Holy Land; the Temple will be rebuilt. It will be a time of universal peace and contentment. Nations will no longer fight — nor drain their economies on defense expenditures. Man will be free to pursue his newly-discovered goals — seeking G-d and understanding His wisdom. The Children of Israel will be at the helm. The world over will come to us to enlighten them in G-d’s word and bring them to salvation.

In short, all of the goals of modern man — to solve the world’s problems and to live together in harmony — and which have so stubbornly eluded us until now — will be forever achieved. The world will exist in a perfected state — without war, poverty, hatred, and perhaps most significantly, ignorance. “For the land will become filled with the knowledge of God as the waters cover the sea” (Isaiah 11:9). We will all recognize the G-d of Israel — and instead of wasting our energies on war, career, and petty diversions, we will eternally strive to get closer to Him.

But what of the many miraculous prophecies — just a few of which we quoted above? If they aren’t referring to the World to Come, they must refer to the era of the Messiah. The simplest answer — which is one opinion in the Talmud (Brachos 34b) — is that the Messianic Era too will be miraculous. It will not be the World to Come, but it will be supernatural. Miracles will be commonplace. It will not be life as we know it. All sorts of fantastic statements of the Sages (generally based on Scriptural verses) — e.g. that women will give birth every day or that the trees of the Holy Land will produce whole loaves of bread and clothes of fine wool (Shabbos 30b) — may very well be literally true.

The Rambam (9:2), however, follows the other opinion in the Talmud, which sees the Messianic Era much more prosaically: “The only difference between this world and the days of the Messiah is [Israel’s] subjugation at the hands of the nations.” For the most part, it will be life as usual. What of the wolf lying with the lamb, and the lion eating straw? It is all metaphorical. The meaning is that nations which are today warlike will dwell in peace, that people will no longer consume the spoils of war and plunder. The world will be a tame, civilized place. We will all live together in harmony.

Likewise the prophecy about G-d outshining the sun. His Presence will be so evident to us that the intellectual clarity and spiritual enlightenment we will be granted will easily overshadow the physical light of the sun. So too all blessings of abundance — loaves of bread growing from trees, etc. — will simply mean that food and creature comforts will be readily available.

I think we can all appreciate today, with our relatively smooth-running economies, that we are blessed with ready-made products produced by armies of individuals working together to enable society to function. Think of a loaf of bread or a sweater we just pull off the shelf and buy. Imagine how many people were involved in the growing, processing, baking, dyeing, packaging, transporting, marketing, etc. Meanwhile, yet other segments of the economy were involved in designing, building and delivering the machinery used by the farmers, bakers, dyers, packagers, etc. — as well as banks providing the cash flow to enable the entire process, companies providing fuel and electricity, air-conditioning in the store you’re shopping in, bar scanners, credit card machines, etc. We would literally be overwhelmed even attempting to grasp the degree of joint effort involved in creating a smoothly-operating society — even if we have our own little nitpicks here and there. (See this article where this thought appears.)

Even in Mishnaic times, Ben Zoma marvels at the difference between his times and earlier: “How much effort did Adam expend until he found bread to eat. He plowed, planted, harvested, bundled, threshed, winnowed, picked out the grains, grounded, sifted, kneaded, and baked, and only then did he eat. Whereas I wake up and find all these prepared before me!” (Talmud Brachos 58a; he has a parallel statement regarding how Adam found clothes to wear).

I feel if we begin envisioning the world the Rambam promises will be, we can well appreciate that Scriptural promises which appear miraculous can in fact not be that different from the world today — yet can be fantastic indeed. Promises of world peace, of plenty, of mankind working together to perfect the planet are not so remote as we might imagine. There is a beauty to world harmony, to vast numbers of people working together for a united cause, every individual volunteering his own talents and abilities to make the world a better place. We see glimpses of this in our world today; it can be breathtaking in its grandeur.