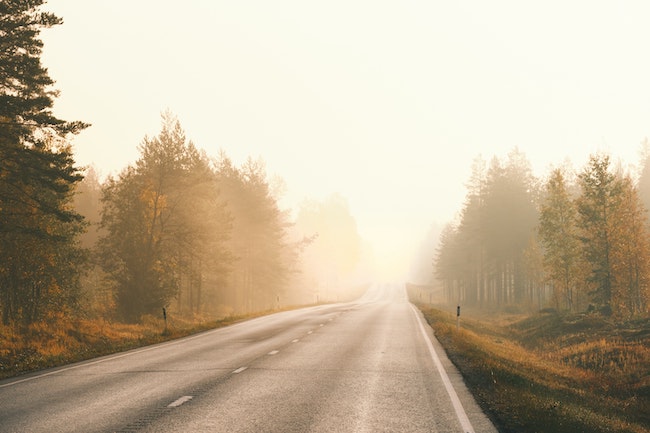 The Sages did not use the expression ‘World to Come’ because that world does not exist now — that this world will have to be destroyed and only then will that world come. The matter is not so. Rather, that world already exists, as it is stated ‘that which You have hidden [for those who fear You], that which You have made [to those who trust in You]’ (Psalms 31:20). (I.e., the verse is written in the past tense.) [The Sages] called it the Word to Come only because that life comes to a person after living in this world — in which we exist as body and soul. [Life in this world] is what occurs to every person first.

This week’s law takes up one final issue regarding the World to Come. With this the Rambam closes the chapter.

The Rambam points out that the World to Come is not some distant period, separate and removed from the current universe. It rather exists today — as the reward the righteous enjoy upon their deaths. It will no doubt exist on a grander scale in the End of Days when all the worthy will live eternally. But there is nothing qualitatively different about the Heaven we will enjoy upon our deaths and the ultimate Hereafter at the end of time.

The truth is, this law of the Rambam diverges from the opinion of almost all the other major thinkers. At the beginning of the chapter, I provided a lengthy introduction to many of the concepts the Rambam discusses here. We noted (in 8:1(c)) that the reward an individual receives upon his death is not the World to Come per se. It is what is generally termed the World of Souls. It is a resting place for the righteous. As their bodies decay in the earth and their bones await the Resurrection, their souls reside in Heaven. They study Torah in the company of all the greats of history. Their understanding of G-d’s wisdom will increase and intensify. Their souls will wax greater. They will exist in a blissful state.

However, as we explained, that is not the ultimate state of man. It isn’t even “reward” per se; it is more a pleasant holding pattern. The ultimate — the true World to Come — is the Resurrection — when man’s body will be recreated on a higher state and reunited with his soul. He will enter the physical Eden and live eternally. As Adam and Even in the Garden, man’s physical and spiritual sides will exist in a perfected state, both in perfect harmony with each other and in perfect closeness to G-d.

The Rambam, by contrast, does not mention any of this. He wrote earlier (8:2) that the World to Come will be entirely spiritual. And so, the world we will enter upon our deaths is not so different from the End of Days.

In that earlier class we offered suggestions for reconciling the Rambam’s view with that of the other philosophers — as well as with the many Jewish sources which make the Resurrection and the world’s destruction and recreation after 6000 years unequivocally clear. In fact, the Rambam himself lists the belief in the Resurrection as one of his 13 fundamentals of faith. In a word, the Rambam clearly subscribes to the Resurrection but sees it as a temporary stage. Physical man will rise again and live in a perfected physical-spiritual state. But that will end with the souls of man entering the true World to Come to live eternally.

It should be mentioned that the Rambam, in spite of his virtually unmatched mastery of the entire Torah, did not appear to be versed in Kabbalah. The classic work of Kabbalah, the Zohar, authored by R. Shimon bar Yochai during the Mishnaic period, seems to have gone underground for many centuries. It was an unknown work to almost all, perhaps only passed down from teacher to select student — as Kabbalah is classically taught (see Mishna Hagigah 2:1). The text of the Zohar as we have it today was brought to light only in 13th century Spain, shortly after the Rambam’s passing. (It gained immense popularity (and its authenticity became universally accepted) fairly rapidly from that point. (Admittedly, it is believed that parts of it were authored later — beyond the scope of our discussion.))

As a result, in spite of the Rambam’s greatness, his word is not considered final in matters of mysticism. The Jewish world generally subscribes to a more Kabbalistic view of the Messianic Era and the End of Days. (Of course it is not really not ours to “decide” anyway. What is in store for the future is up to G-d and in His capable hands. I also mentioned earlier (8:1b) that the Talmud itself states that how miraculously the End of Days will arrive depends upon our own worthiness. There are actually many ways the End may be.)

Yet there is a fascinating caveat to this. The Jewish world, and in particular communities which revere the Zohar, revere equally the works of the Rambam. Yemenite communities generally follow the opinions of the Rambam for all matters of Jewish law yet venerate the Zohar for all matters mystical. I believe it was the great Kabbalist R. Yeshaya HaLevi Horovitz (of 16th-17th century Czechoslovakia and later Israel, known as the Shelah after the acronym of his primary work), who stated that all the words of the Rambam are wholly consistent with the “sod” (pronounced ‘sode’) — the secrets of Torah.

This thus serves as an excellent illustration of one of the more beautiful aspects of Judaism. The Torah is so broad and all-encompassing that there are many wholly different yet equally valid angles through which it may be viewed. The Rambam was the master rationalist, discerning the logical beauty of the intricacies of Torah law and finding rational meaning in them. The Kabbalists view Jewish practice and legend through an entirely different lens, viewing the fantastic, the myriad levels beyond the physical — where human logic holds no sway. Yet both perspectives are equally valid. And in fact, one perspective without the other would miss Judaism’s essence.

Stated somewhat differently — but quite significantly — a rationalistic view of Judaism which does not entertain nor conform to the metaphysical side of the Torah would not be true to Judaism. Conversely, Kabbalistic forays into Judaism without a solid basis in practical Jewish law — both in understanding and in observance, equally misses what the Torah is all about. Judaism is not only about practical law nor is it only about contemplating the divine. It is everything at once, often with different aspects of it speaking to the hearts (or minds) of some more than others. But no part of it is in vain or can be dispensed with.

The Rambam was able to take the entire breadth of the Torah and use his vast mind to arrange it in logical order. The Kabbalists would see infinite levels of depth beneath the surface meaning of the Torah. Both views are completely accurate, merely being different perspectives on a single, all-encompassing Truth. And only through them all does the entire gamut of Torah wisdom coalesce into an awe-inspiring whole.