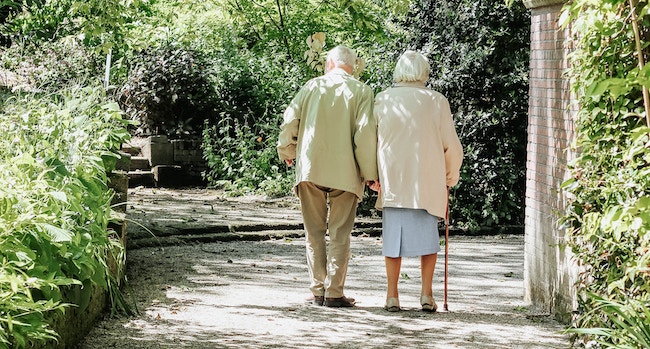 When is it the case that all of these [people] have no share in the World to Come? When they die without repentance (‘teshuva’). But if [such a person] repents from his wickedness and dies as a repenter (‘ba’al teshuva’ — lit., ‘master of repentance’), he is among the ones who receive [a share in] the World to Come. For you have nothing which stands in the way of teshuva. Even if one denied G-d (lit., ‘the Primary’) all his days and at the end repents, he has a portion, as it is stated, ‘Peace (‘shalom’)! peace! to the far one and the near one, says G-d, and I will heal him’ (Isaiah 57:19).

All wicked people, wanton sinners, apostates, and the like who return via teshuva, whether openly or in the recesses [of their hearts], [the heavenly court] accepts them, as it is stated, ‘Return wayward children’ (Jeremiah 3:22). Even though the [person referred to] is still ‘wayward’ — for he returned only secretly and not openly, they accept his repentance.

We are now up to the Rambam’s final law in this chapter. After listing the most heinous types of sinners who lose their share in the World to Come, the Rambam concludes on a more positive note. He states that nothing stands in the way of repentance. Even the worst sinner, who vehemently denied the existence of G-d his entire life, can still return. G-d awaits his repentance till the very last moment. He created the world for the express purpose of granting man the opportunity of coming close to Him. And He waits till man’s final moments to give him that chance.

The Rambam made a very similar point earlier, in Chapter 2, Law 1. There he stated that true repentance is being in precisely the same situation as when one sinned in the past and even so not repeating. For example, if one sinned with a woman and later finds himself in the exact same setting with the same person and they feel the same about each other — and even so he resists, he is a true repenter. (See our discussion there — one should most certainly not test his new resolve by recreating the scene of the crime.) To that the Rambam concluded that even though such is the ideal repentance, if one repents in his old age when he can no longer do the same sins he used to, it is considered repentance (to some extent) and his sins are forgiven.

At first glance, it appears that the Rambam is simply repeating himself, restating a point he made once before — perhaps in order to end so cheerless a chapter on a more upbeat note. However, when we consider these passages more carefully, their messages are actually rather different.

In 2:1 the Rambam was discussing physical sins, people who succumb to the desires (or the laziness) of their flesh. Regarding that, certainly the ideal repentance is done when one still possesses his desires and abilities. Nevertheless, concludes the Rambam, even if a person repents after he is old and infirm, when his body is too frail to engage in any of the sins which earlier occupied him, his teshuva is still worthy.

In a way, such repentance is quite easy to come by. When we are no longer in the grips of our lusts and desires, it is easy to see that the flesh was really not all that important. Our body was a decaying animal all along. It today is frail and failing while we — our souls — are still alive and vibrant. And it is easy once that stage of life arrives (or is seen approaching) to recognize that our bodies never really were whom we are. As we all see as we age, what truly matters to us in the long term are the important things in life — our families, relationships, spiritual standing — not our biceps, our hair, our popularity, or our physical abilities. They were at best some of the external gifts G-d granted us; they were never us. As we age, our values and priorities in life slowly change and mature. What we ran after years back we recognize now as a waste of the youthful energy we wish we still possessed.

(As an aside, even for such repentance a person requires some appreciation of spirituality. The Talmud states that the older a Torah scholar gets, the wiser he gets, while the older an ignoramus (‘ahm ha’aretz’) gets, the crazier he gets (Shabbos 152a). The meaning, as my teacher R. Yochanan Zweig explained, is that as the Torah scholar ages, he is less ruled by his passions and devotes himself more fully to wisdom and spirituality. The ignoramus, however, who only appreciated the superficial and the pleasurable, the less he is capable of indulging, the more crazy he becomes due to the emptiness and hollowness of declining years.)

Thus, the main point of the Rambam earlier was not that a person can repent when he is older — but that G-d accepts it. “Sure, now you recognize the futility of it all! Sure, now you know better! After you lived it up and wasted your entire youth, you all of a sudden realize it was all for naught.”

And you know something, if I were G-d (fortunately for us all, I’m not), I’m not sure I’d be so merciful. Such repentance is almost obscene, an insult! G-d challenged us in our youths, we utterly failed, and now when the test is long over we ask for clemency. As the Rambam quoted King Solomon in that law, “And remember your Creator in the days of your youth, before the bad days come, and the years arrive of which you will say ‘I have no desire for them'” (Ecclesiastes 12:1). Repenting now practically misses the point — and to be honest I really don’t envy someone in that situation.

Yet as the Rambam (and Scripture) attests, our all-merciful G-d does accept such teshuva. Ideal it most certainly is not, yet it is better than nothing. And in this game — in the game of life — any positive act helps. G-d accepts any repentance. So long as we are alive, of sane mind, and really mean it, it is never too late.

Now we turn to this week’s law, and here the Rambam is making an entirely different point. The types of sinners the Rambam listed in the previous paragraphs were generally not hedonistic sinners, wrapped up in their indulgences. They were heretics, agnostics, or big-time transgressors. And when we think about it, old age will not be an incentive for them to repent. If anything it will make it harder.

If your sin was physical, as your body ages you will realize the futility and pointlessness of idolizing your body. It was never you and was never anything worth serving.

If, however, you’ve convinced yourself G-d did not give Israel the Torah at Sinai (when we think of it, that requires an irrational leap of faith — even today — but for another time), age will not change that. And the opposite: The older we are, the more set we are in our ways, and the harder it is to get ourselves to rethink our beliefs and to change.

I have a very wise rule in life never to argue with anyone 20 years older than me. We all know how pointless that is — and yes, we’ve all learned that from experience. Older people are generally less willing or interested in reassessing life with fresh eyes and starting anew — and they’re certainly not going to put up with being lectured to by some still-wet-behind-the-ears upstart. Such people are who they are — and very few forces on this earth can do anything about that.

In a deeper sense, a person’s beliefs and values are part of his definition of his “self”. This is who I am. Changing one’s dearly-held notions — even if they were never really thought out or just picked up from who knows where in the long-forgotten past — is almost doing an amputation. Telling me that what I believed for the last 65 years is false is asking me to recant my entire past. I have to begin again in my final years. Very few people are capable of doing that. Our physical bad habits we may be able to slowly outgrow, but our beliefs usually accompany us to the grave.

Regarding this, the Rambam makes a similar but different point. First of all, repentance even for such people is accepted. Even though one may think he is not really disassociating himself from his past with a simple admission, even that is worthwhile. You may not be so sure yourself that you truly believe, but you know something? Deep down you do. We all know there is a G-d who created us and who wants us to cleave to Him. A well-known axiom of life is that there is no such thing as an atheist in a foxhole. Likewise, when our life is ebbing away and we know the chips are down, we will reach out to the G-d we know exists. We know He is there waiting, and our mere admission of His existence and our allegiance to Him may well make all the difference.

The Rambam then goes one step further — and this really hits the proverbial nail on the head. The Rambam states that in this case even repentance in the recesses of one’s heart is efficacious. You’re too proud and too convinced of yourself to openly admit you were wrong all these years? At least accept it in your heart. You may not be able to say it out loud, but at least say it within.

Ever been in an argument with someone (like your wife), when you know he or she really is right but you just cannot come out and admit it? So you save face and somehow weasel your way out of the situation. But hopefully we are all mature enough to admit at least later, to ourselves, that we were really wrong. Our deathbeds are no time for pride and stubbornness. G-d knows how hard it is to openly admit our errors and recant our beliefs. And so, this one time, He goes even further: He accepts even the penitent thoughts in our hearts.

But it is even deeper. G-d asks for a soul connection with Him — in your innermost thoughts — because in a sense that’s really what it’s all about. You may have doubted and denied Judaism your entire life. Your very soul questioned G-d’s existence. Yet, as Sages know and the Rambam here attests, there is an even deeper place within your soul which knew it all along. And perhaps when you’re in pain, in your dying moments, you can sever yourself from your “outer” soul — the thoughts and beliefs you covered yourself with during the good times. You can peel off those layers of confusion and apathy, and in your final moments, get in touch with whom you truly are beneath. You know there is a G-d, you know He loves and cares for you. You know He is rooting for you to mend your ways till your very last breath. And when all is said and done, when there is nothing left to do but return your soul to your Creator, you may just reach out and find Him.