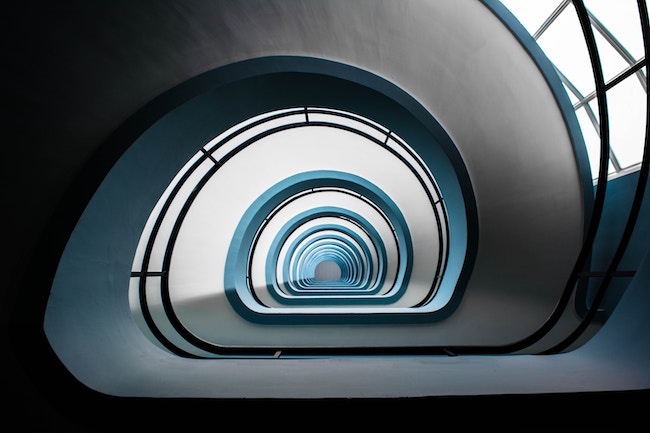 What is true teshuva (repentance)? It is when the sinner is presented with the same matter in which he sinned, he is able to sin again, and he refrains, [and he does so] on account of [his] repentance and not from fear or lack of strength.

How is this? If for example a person had illicit relations with a woman and afterwards he is in seclusion with her, he loves her just as much, has his physical strength, and is found in the same country where he [previously] sinned and he refrains and does not transgress, he is a true repenter (‘ba’al teshuva’ — lit., ‘master of repentance’). This is as Solomon says: ‘And remember your Creator in the days of your youth, before the bad days come, and the years arrive of which you will say ‘I have no desire for them’ (Ecclesiastes 12:1).

If a person repents only in his older years, at the time when it is impossible for him to do what he used to do, even though it is not a superior teshuva, it is still effective for him and he is considered a ba’al teshuva. Even if a person sinned his entire life and repents on his day of death and dies in a state of penitence, all his sins are forgiven. [This is] as it is stated, ‘before the sun, light, moon and stars have grown dark, and the clouds return after the rain” (ibid., v. 2) — which [refers to] the day of death. This implies that if one remembers his Creator and repents before he dies, he is forgiven.

The Rambam begins this chapter by describing teshuva (repentance) in its true form. Ideally, teshuva is being in the exact same situation as the past and refraining from repeating the same behavior. Such utterly wipes out the memory of one’s past behavior and demonstrates unequivocally that the person has changed for the better. Anything short of that may be a sincere transformation but remains untested and unproven.

The Rambam then balances his statement by saying that even so, if a person repents only in his declining years it too is effective. The Rambam seems to make a point of adding this in wherever appropriate: he makes similar statements in 1:3 and 3:14. And the meaning is that as important as it is to understand what true teshuva is — and to live up to its demands, one who does not should never give up on himself. It is never too late to repent. Even if we never did learn better in our younger years, we must at least leverage our new-found wisdom of experience to realign ourselves with our Creator. For as King Solomon writes, repent now while you are still able — while life yet courses through your veins — for afterwards there will be no turning back.

My teacher R. Yochanan Zweig posed a few very basic questions on this law (which is based on Talmud Yoma 86b). The Sages state that true teshuva is recreating the scene of the crime and refraining. The reason, presumably, is because this truly demonstrates that the sinner has repented — the Talmudic equivalent of the controlled environment of the science lab.

Now first of all, we obviously have no right to attempt to recreate the same setting in which we sinned. We most certainly may not again place ourselves in romantic seclusion with our former lover — only to (hopefully) show that this time we are better. The Rabbis consider it wickedness for a person to knowingly expose himself to temptation (even if he subsequently resists the temptation) (Talmud Baba Basra 57b). If so, how are we to take the advice of this law? True, this may be the definition of true repentance, but how practically does it relate to us? Being that we must never attempt to recreate the crime scene, we can never know if we have fully repented.

Additionally, even if theoretically G-d does put us in precisely the same setting, we’ll never really know if we’ve fully repented. Can we measure that — as the Rambam stated — our desire is exactly as it was the past time? Perhaps my appetites are stronger today now that I’ve further indulged them. Or perhaps I’m less excited about the same woman once I’ve lived with her already. There is simply no way we’ll ever really know for certain.

Thirdly and most strikingly, why do the Talmud and Rambam both write that the precise crime scene must be recreated? The Rambam above stated “in the same country,” and the Talmud wrote even more explicitly “in the same place.” Presumably, the reason is so that the sinner can test himself — to see if presented with the exact same temptation, he can control himself. But why the same woman and even the same place? Why not a different woman and setting — so long as the sinner’s desire is the same? As we just observed, just creating the same scenario does not at all guarantee that a man’s desire will be the same. If so, why not state more generally that if the sinner has the same level of desire for the same sin and refrains, he has fully repented?

It is thus clear that the Sages here are not providing a practical guide for determining if we have fully repented. Not only should we not expose ourselves to temptation, but even if we do, we’ll never truly know if the challenge was precisely the same. Rather, as we’ll now see, the Sages had an entirely different idea in mind.

One of the strongest factors which holds us back from improving our ways is identification with our past. If I’ve acted a certain way up until now, it’s very hard to break away from my current rut and become something different. And this is not only because of inertia, of the effort required to retrain myself and my behavior patterns. Even more fundamentally, it is because I feel my past is who I am. This is who I am; this is the kind of person I am, for better or worse. Adhering to my past behavior patterns gives me a sense of security. It gives me a sense that I am following and building upon all of my past experiences rather than venturing precariously into the unknown.

Generally speaking, this mentality is not a bad thing at all. Behaving consistently and adhering to the tried and true enables us to build upon our experiences and gain from our past. When it comes to sins, however, such a mentality is devastating. If I feel my sins are who I am, it will be near impossible for me to change myself. This is the type of person I am. This is how I’ve always done things. Acting any differently now would almost be dishonest — and would deny me the comfortable sense of identifying with my former self. Changing my behavior now would cut off and invalidate a part of my past, would be admitting that it was all a fallacy which should never have occurred. It carries the painful sense of sacrificing a part of my very essence.

(Ever see a businessman make one bad business decision and then follow it up with several other ones — because otherwise he would be admitting his first move was stupid? (I have.) Well, we do this often in life. Repenting is a form of admitting my past life was a fallacy; those years were wasted and regrettable. And parting with years of our past is much more painful than parting with a fraction of our assets.)

This is why the Talmud requires that the exact crime scene be recreated. The point is not to provide us with a practical experiment for testing our resolve. It is to teach us what teshuva truly is. Teshuva means disassociating ourselves from our past. It means taking our past and deciding that that is not who we are today, rejecting and invalidating a part of our history. The highest and best way to prove this is by being in the exact same situation again. Put our past right before our eyes — deja vu — and see how we respond.

Sometimes people repent by improving their ways but they still fondly reminisce about their pasts: Those were the “good old days” when we used to live it up, but nebach (unfortunately) now we know better and have to behave. Of course, far better to at least behave today. But such really misses the point of teshuva. Teshuva means my past was a mistake; it should never have happened. I cringe at the very memory. It was a fallacy and is not who I am now. Teshuva is an amputation — the enormously painful sense that a part of “me” is rotten and must be exorcised. I am now a youngster, literally years behind my contemporaries who merited to live their lives right. And one needs incredible resolve and willpower to pick himself up and begin life anew.

When we think about it, then, teshuva is an immensely difficult task. Admit that much of what constitutes “you” was a mistake. Reject your past experiences, your thrills, goals and successes as something you wish never occurred. Start again with so little of your past to show for yourself. It is almost like losing years off your life. But considering again, if we don’t reject our mistakes ourselves, one day we’ll stand before G-d on trial. All we will have to show for ourselves are our positive achievements. Far better that we reject our pasts ourselves while we are still able.