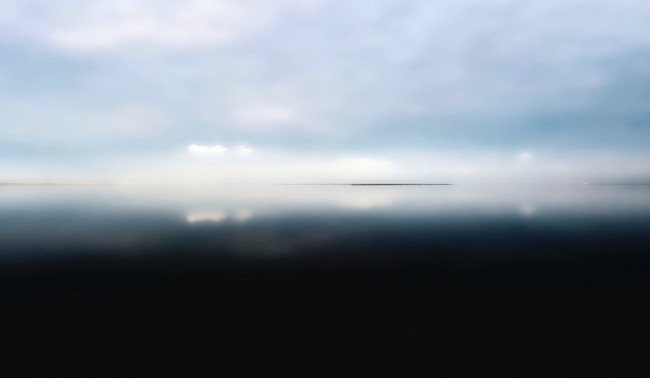 Before beginning the translation, one quick point of introduction. The Rambam in the first half of this law stated that the judgment of man goes according to the majority of his deeds — generally counting only from the third time each sin was transgressed. If based on these criteria a person is 50% righteous or better, G-d forgives all of his sins and he goes directly to the World to Come. The Rambam thus clearly stated (based on Talmud Rosh Hashanah 17a) that a person who is precisely at the 50% mark is judged mercifully by G-d.

Individuals who are in the middle (i.e., precisely at the 50% mark), if among their 50% transgressions is that they have not donned Tefillin (phylacteries) ever, they are judged according to their sins (i.e., punished for their sins). [Afterwards], they are granted a share in the World to Come.

So too the pious of the nations of the world have a share in the World to Come.

The Rambam this week makes several very important points. The first is that although G-d normally inclines the scales towards mercy, if an average individual has failed to perform so basic a commandment as wearing Tefillin even one time in his life, he will be judged more harshly. To explain I’ll offer a very brief background to the mitzvah (obligation) of wearing Tefillin.

The Torah (Deut. 6:6) states, “And these matters which I command you today shall be upon your heart.” Verse 8 continues, “And you shall bind them as a sign on your hand, and they shall be ‘totafos’ between your eyes.” According to our tradition, the meaning is that we are to write down these words of the Torah — namely the paragraph Deut. 6:4-9 — as well three other paragraphs which mention the commandment of Tefillin — and bind them to our bodies.

How is this done? Two copies of the relevant sections of the Torah are written on small pieces of parchment (in the same manner a Torah scroll is written). These parchments are rolled up and place within two small black leather boxes. The boxes are stitched shut and connected to leather straps, dyed black on the outside. The straps are used to bind the boxes to our head and our weaker arm. Jewish men from the age of Bar Mitzvah (13) wear Tefillin during morning services.

For a more complete treatment of this very basic obligation, please see here: https://www.aish.com/jl/m/pb/48969816.html. Note also that “Tefillin” is a plural word, as it refers to a set of two boxes and straps. Accordingly, I refer to Tefillin in the plural below.

One very basic question here is why is the obligation to wear Tefillin singled out among all the mitzvos of the Torah? It is certainly fundamental, but the Talmud makes no such statement regarding desecrating the Sabbath, eating on Yom Kippur, committing adultery, etc. What is so significant about Tefillin as to make our overall judgment dependent upon their observance?

(By the way, I am a dyed-in-the-wool “Litvak” myself, but I imagine the reason Chabad Chassidim (Lubavitch) place so much effort in encouraging Jews to wear Tefillin — as we often see “Tefillin booths” in public places throughout the world — is because causing a Jew to put on Tefillin is an incredible merit for him. As we see, this one mitzvah inclines a person’s judgment overall in his favor. And of course, even before the ultimate Judgment Day, who knows how much further this one little mitzvah will lead its wearer?)

One way of viewing the underlying purpose of the Torah is to sanctify our bodies. As we all know, human beings are engaged in a constant struggle between their bodies and souls. The physical is heavy, lethargic, desirous. Our bodies don’t want us to get up and serve G-d but would rather have themselves pampered and their desires fulfilled. Our souls, conversely, want to strive closer to G-d. We all have souls which really do want to fulfill themselves, resemble their Creator, and build a relationship with G-d. Yet our bodies are often not willing to budge.

Now, with this struggle in mind, we could view the mitzvos of the Torah as simply telling us how to develop our souls at the expense of our bodies. Ignore your body’s wants and do X; overcome your laziness and do Y; refrain from Z even though your body would just love to indulge in it.

This however is not an accurate portrayal of what the Torah is all about — in fact one might say that it misses the point entirely.

The actual point of the Torah and mitzvos is to sublimate our bodies, to develop ourselves to the point that our entire selves, both soul and body, appreciate that the Torah life is the most fulfilling and enjoyable. The Talmud (Makkos 23b) writes that of the 613 commandment of the Torah, 248 are positive commandments. Each of these corresponds to one of the 248 limbs of a man’s body. Thus, each mitzvah comes to sublimate a particular part of the human body, sanctifying it so that it desires only closeness to G-d. (Incidentally, the number 248 is somewhat higher than the number of bones in the human body (206), and somewhat less than the total in a baby, before many of his bones merge together. It is not clear the precise anatomical equivalent of the Sages’ statement.)

Thus, ideally, if we observe the Torah properly, we will not want to sin. We will appreciate that being disciplined and productive is more fulfilling than sleeping late, that being more generous is more rewarding than hoarding our wealth, and that building a stable, loving home is more meaningful than living selfishly and for the moment.

This in a nutshell is the significance of Tefillin. We bind them onto our head and on the muscle of our arm, and when our arm is at rest, the arm-Tefillin rests opposite our heart. As the commentators observe, the implication is that we devote our entire selves to G-d, our brains being the source of our souls and our hearts the seat of our passions (see Shulchan Aruch O.C. 25:5).

Thus, by wearing Tefillin we subscribe to this basic truth. We commit our bodies to G-d. We recognize that Judaism does not mean simply forcing our bodies to obey; it means our bodies themselves are bound to G-d. Our bodies are not a dirty part of us which must be quelled and ignored. They are holy, worthy of communion with G-d. Perhaps we cannot live up to this ideal our every moment, yet by wearing Tefillin we acknowledge this basic truth. We know that nothing in this world is profane if G-d created it — least not in the human being, the crown of G-d’s creation. We know our bodies can be devoted to G-d. We may be far from perfect today, but we admit and subscribe to this basic reality.

But Tefillin are far deeper than just a symbol of our commitment. The Torah refers to Tefillin as a “sign”: “And you shall bind them as a sign on your hand.” What does it mean to be a sign?

R. Aryeh Kaplan, in his pamphlet on Tefillin (sold as part of The Aryeh Kaplan Anthology, ArtScroll Mesorah Publications (https://www.artscroll.com/Books/kahs.html)) describes it like this.

Let’s say you had a deep and profound love for another human being. You treasured every moment spent together and longed for his company whenever he was away. And suppose your love sent you a ring or a pin — as a token of his love and to remind you of him in his absence. You would treasure his gift. Every moment you would wear it would give you that warm, ecstatic feeling of your closeness to him.

This is precisely the mitzvah of Tefillin. They are a “sign” or symbol of G-d’s love for Israel. G-d loves and wants a relationship with us. Tefillin serve as a means of encapsulating that love. G-d gives us a physical symbol of His love for us; by wearing Tefillin we are reminded of His closeness to us. We state our acknowledgment of G-d’s love, and by binding our bodies and souls to Him, our desire to live up to His devotion.

Lastly, the parchments in the Tefillin make ample reference to the Exodus. We are reminded how G-d demonstrated His love to us in glorious fashion at the very beginning of our history.

With this we can understand why Tefillin are so significant in inclining our judgment towards the good. Let’s say a Jew is exactly 50-50. He is average: not too good and not too bad. If he has done nothing further to recommend himself, he remains in the balance. There is no reason to sway the scales in his favor. If, however, he has put on Tefillin — even a single time in his life, he has sanctified his body to G-d. He states that although he is far from perfect, he at least admits to the basic reality that man’s body is to be devoted to G-d. And so, such a person’s very body earns G-d’s favor — inclining his entire judgment towards mercy. It is not an evil entity drawing him away from his Creator. It is a being created in G-d’s image — and capable of resembling and building a relationship with G-d in heaven.

The Talmud which the Rambam is based on (Rosh Hashanah 17a) uses a very peculiar expression in referring to people who have never worn Tefillin. It refers to them as “the sinners of Israel with their bodies.” The message is that such people have never devoted their bodies to G-d in any way. And such a body is a very serious liability in judgment.

But Judaism teaches us otherwise. Our bodies are not distant from G-d, something which must be crushed and subdued in order to truly become spiritual. Our bodies can and must be made holy. They, as every part of us, are the very tools G-d provided us to draw us ever closer to our Creator.