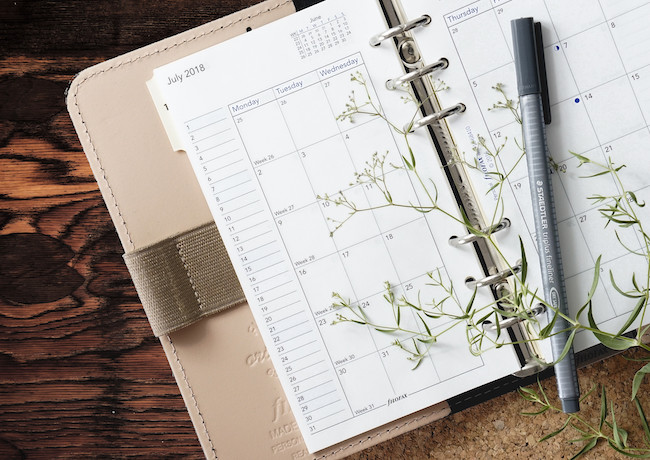 Individuals who are in the middle (i.e., precisely at the 50% mark), if among their 50% transgressions is that they have not donned Tefillin (phylacteries) ever, they are judged according to their sins (i.e., punished for their sins). [Afterwards], they are granted a share in the World to Come.

So too the pious of the nations of the world have a share in the World to Come.

Last week we discussed the importance of the mitzvah (obligation) to wear Tefillin. As we saw, that one mitzvah can single-handedly tilt the scales in our favor. Tefillin not only symbolize G-d’s love for Israel, but they represent the fact that man’s body as well as his soul can and must be sublimated towards G-d. Thus, a person who has worn Tefillin even a single time in his life, sanctifies his body to G-d, making it worthy of Divine favor in judgment.

This week I’d like to discuss the Rambam’s more general point, that even sinners and those less than 50% righteous are granted a share in the World to Come. People 50% righteous or greater are immediately granted a share in the hereafter. The size of that share certainly depends upon how good each of them was, yet some reward is allotted almost immediately. A person less than 50% righteous, however, will have to undergo purgatory for every wrong action he committed. Yet after the punishments are over, he too will be granted his far humbler share in the World to Come. He may be way back there in the bleachers, but he too will distantly bask in the Divine glow in the Future World.

As we’ll see in the coming weeks, there are many exceptions to this basic paradigm. If a person is utterly wicked — such as if he denies any of the basic tenets of Judaism, showing he wants nothing of G-d and His Torah — he will get his wish and be destroyed entirely. Yet except for the very worst of us, G-d’s judgment is heavily skewed in man’s favor. In spite of the many hardships we endure in life and the exactness of G-d’s justice, the universe really is a place of enormous and unremitting love.

(As an important aside, the Rambam’s position in this matter is far from universally accepted. Many statements of the Sages seem to imply that at our deaths every single one of our sins must be atoned for, whether we were majority wicked or majority righteous. Some understand the Talmud the Rambam is based on to be referring to the judgment of the High Holidays. Only then does G-d consider a majority-good person wholly righteous, overlooking his sins entirely. After our deaths, however, no good or bad deed will go unpunished. (We’ll just have to wait and see who’s right. Personally, though, I wouldn’t want to risk it.))

We might tend to see this law as basically a result of G-d’s mercy. G-d really shouldn’t “waste His time” with sinners and their few good deeds, yet He is so “nice” that He even extends His compassion towards the sinful.

The idea, however, is actually far deeper than this. This law is not about G-d’s “niceness”. It is about the entire purpose of creation.

One of the most fundamental questions of theology — perhaps the most fundamental after “Is there a G-d?” — is: Why did G-d create the world. Let’s say we accept the notion that G-d exists. As any intelligent, intellectually-honest person can see, the world is far too intricate and perfectly-orchestrated to have come into being by random coincidences. Life and especially human life are far too complex to have evolved by happenstance. Thus, G-d’s existence is a given. Only an infinite Being could have created the universe we know.

But then, the logical next question beckons: Why did G-d create the world? Did He have something to gain from it? Did it serve some unknown, hidden Divine purpose? What possible need could an infinite G-d have anyway? Or perhaps G-d had no true motive for Creation. He just created man at a whim, for the heck of it, then paying little heed to the deeds and fate of puny pan, quickly moving on to greener pastures (or starrier galaxies or whatever).

Needless to say, none of these alternatives are particularly satisfying. Even further, however, theologically they make no sense. As many Jewish thinkers observe (see Chovos HaLevavos I:9-10), if G-d really is infinite (and He must be, since a finite “god” would merely beg the question who/what created him), He cannot possibly have needs. “Infinite” implies absolutely no lack. G-d could not have “needed” anything in advance of creating a universe. (And by the way, G-d created time, so there was no “in advance of” creating a universe. We’re obviously going beyond what we can readily fathom.) And it is equally implausible that a perfect G-d would create the world for no purpose at all, just for the fun of it. A perfect G-d doesn’t do random, purposeless acts.

So if G-d didn’t need anything, why did He create the universe? The answer should be obvious when we think about it. It was not for His sake; it was for ours. G-d created the world in order to have beings to whom He could do good (see Derech Hashem 2:1:1). Now G-d is infinitely good. Any act He does must by definition be an act of goodness — infinitely so. The creation of the world was thus fundamentally in order to do good to others — namely, to do good to man, the only creature in existence capable of appreciating G-d and His majesty.

This principle is extremely broad and goes far beyond the scope of today’s discussion. I won’t spend much more time on it for now. However, it is the premise upon which virtually all of Jewish theology is based. G-d’s creation of the universe was inherently a perfect act of goodness — and one performed entirely selflessly, since again, a perfect G-d had nothing to gain whatsoever from it. G-d created independent beings capable of earning reward — and thereby of ultimately enjoying a relationship with Him in the World to Come.

Without getting too bogged down in theology, I would like to at least mention a few basic issues which the above premise immediately spawns. Firstly, why did G-d have to create so dark and dismal a world, with so much evil and frustration? If He really wanted to do good to us, why not just reward us? Why envelop us in so much pain and darkness first?

Further, do our actions even make a difference to an infinite G-d? Does a perfect G-d benefit or feel “happy” because we followed His will — and “sad” if we do not? (Are such human emotions even relevant to an infinite G-d?) And if not, are we doing actions which really make no difference to Him? And if our deeds really are so inconsequential to G-d, does fulfilling His will really make us closer to Him?

Thus, again, this topic is far too vast for us to handle today — some aspects are completely incomprehensible without the wisdom of Kabbalah. (That said, I’ll refer interested readers to one relevant class: Pirkei Avos 1:2.) Yet for today we will accept the basic premise that G-d created the world to do good to man. And with this in mind, we can well understand why G-d is so merciful in judgment. His whole purpose in creation was in order to reward man. He thus searches for any available good deeds to grant us reward. The Talmud states (based on Job 30:24) that G-d rewards Israel even if He finds among them merits equal to “the peckings of a hen” (Avodah Zarah 4a). In the Final Judgment G-d goes to practically any means (within reason) to find us worthy on the divine scales.

I’ll wrap this up by noting that the Rambam concludes that the same is the case with the Gentiles. G-d rewards them too for their good deeds, and if they accept the fundamentals of the Jewish faith, grants them a share in the World to Come. And again, this is not because Judaism is more ecumenical and politically-correct than other religions — that our G-d is nicer than those other nasty gods on the block. It is because G-d’s ultimate purpose in the world was to do good to man, to give them the opportunity to commune with Him in the hereafter.

The original plan of history was that all mankind be granted the Torah and the opportunity for true closeness to G-d. As history progressed, only Israel was found worthy of such intense closeness (though personally, any Gentile may opt to convert). But the rest of mankind was hardly forgotten. With the exclusion of the nations, the Divine plan suffered a serious setback. G-d so to speak had to settle for a very small minority of mankind at His close service — ones who would eventually spread the word to all mankind. Yet the ultimate purpose of the world was merely delayed, not utterly abandoned. G-d did not create x billion “goyim” just so He could ignore them or damn them to Hell because they had the poor fortune of not being one of “us”. G-d still wants a relationship with all His creations. Each and every one of us can reach out to Him today, and ultimately, with the Messiah’s arrival, the world over “will be filled with the knowledge of G-d” (Isaiah 11:9).

(For an excellent summary of some of the above as well as many related concepts, see R. Aryeh Kaplan’s treatise “A World of Love” sold as part of The Aryeh Kaplan Anthology, ArtScroll Mesorah Publications.)