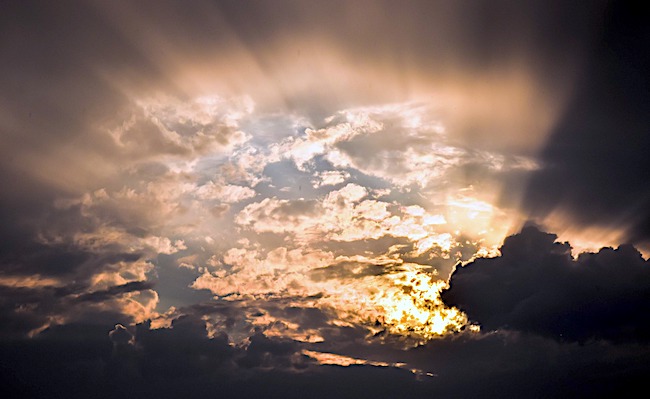 In the previous class we discussed the trait of R. Yossi — piety / chassidus. As we saw, the chassid is one who goes beyond the letter of the law in his service of G-d. He does not do only what he is told but looks for ways to fulfill G-d’s will. This requires intelligence and planning; one must anticipate just what G-d wants of him and how he can maximize his talents and abilities in service of his Creator.

As we also saw, this stands in direct contrast to the mock-chassidus prevalent at some points in Jewish history, consisting of fasting, wailing, constant immersions, rolling in the snow, etc. G-d has no interest in senseless service — that we do things just because they’re hard (and get us a lot of notice). Piety is not doing things which hurt. It is careful, planned and responsible service of G-d. We are not meant to sacrifice ourselves for G-d with self-destructive acts of devotion; we are to live for Him — as responsible, thinking beings who make intelligent choices in our religious service. We are to maximize our potential — our health, our wealth, our brains, and our abilities — and use that potential in service of our Creator.

(As we also pointed out last week, by “chassidus” we are not referring to the movement of Chassidus which began in the early 18th century. We are talking about the spiritual quality — whose name the movement adopted as a way of defining its objective.)

There is a fascinating additional insight related to chassidus. It will more fully introduce us to the true level of chassidus. It is in truth an entirely new level of reality — one a person does not simply adopt but must achieve.

The Talmud (Brachos 32-33) records two incidents which occurred to chassidim. The first goes as follows: A chassid was standing by the roadside in prayer. A Roman government official passed by and greeted him. The chassid, engrossed in his prayers, did not respond. The Roman waited until the chassid completed his prayers and then berated him: “Fool! Doesn’t your Torah state ‘Be very careful with your lives’ (Deut. 4:15)? [Author’s note: In Talmudic times, wicked people always seemed to be experts in Scripture. Either that, or that’s just the way the Talmud tells a story. :-)] If I would cut off your head right now who would have any grounds to complain?”

The chassid requested a moment to explain himself. He calmly responded: “If you were standing before the Emperor and your friend came and greeted you, would you respond?” Roman: “No.” Chassid: “And if you would, what would result?” Roman: “They would cut my head off.” Chassid: “If this is so for a flesh-and-blood king, isn’t it all the more so for me who was standing before the King of kings, the Holy One blessed be He?” The Roman went off appeased and they all lived happily ever after (as proper stories always turn out).

The second story involved the holy Jew Rabbi Chanina ben Dosa. There was a venomous “aroad” (a snake-like creature) in the environs of R. Chanina which was wreaking havoc. R. Chanina asked to be shown its lair. He came to the hole and put his bare heel next to it. The aroad came out, bit him, and died. The rabbi then put the dead creature on his shoulders and brought it to the study hall. He announced: “See my children, it is not the aroad that kills; it is sin that kills.” From then on people used to say: “Woe to the person who meets an aroad, and woe to the aroad who meets R. Chanina ben Dosa!”

There is an obvious difficulty with both of the above stories. We know the Torah does not allow us to unnecessarily endanger our lives (as the Roman himself reminded the chassid). Therefore, from the standpoint of Jewish law, it is not correct to ignore a Gentile official carrying a large sword — no matter how intently you are praying, and certainly to purposely stick your ankle in front of a poisonous snake. If so, what gave the heroes of our stories the right to act differently? They broke Jewish law! Did they just assume they were so “pious” G-d would perform open miracles for them?

The answer is hinted in R. Chanina’s very response. How could he so blithely state that an aroad does not kill; sin does? What about the very real chemical properties of snake venom? The answer is that R. Chanina’s remark was for him a statement of reality; it was not an act of faith. He was on such a level of belief in the workings of G-d that he could have an aroad stick its fangs into him, and he knew full well that since he had done no sins deserving death its venom could not affect him.

We, by contrast, might accept this on a conceptual level — that the dangers of this world harm only those deserving — but for us it is a matter of faith alone. We live in the world of physical reality — poison kills — and only accept upon faith that it is really G-d behind it all that wills the poison to kill. But for someone on the level of chassidus, G-d is the only true source of punishment — much more so than His physical messengers. And in that universe, R. Chanina was not even endangering himself allowing the aroad to bite him.

Similarly with the chassid of the first story. When we pray, we believe — again, on the level of faith — that G-d stands before us and hears our prayers. Thus, we have such laws as that we take three steps forward at the start of the Shemoneh Esrei prayer and take three steps backwards at its conclusion. We are — at least in the eyes of Jewish law — approaching and standing before our Maker. But for us it is a theoretical and at best a legal concept. Our thoughts would hardly wander the way they do if we really felt we were standing before G-d. But the chassid was standing before G-d — no less so than had the Roman been standing before the Emperor. And so, his interrupting his prayers would have been no different than the Roman interrupting his conversation. And that he could not do — not because he felt he could ignore the Torah injunction not to endanger his life, but because he really was standing in front of G- d — and so how could he interrupt?

There are two important lessons from the above stories. First, it’s nice to know that there are really people on such a high level of reality — who live with G-d. And when one is on such a level, he can run his life knowing that G-d is with him. If a person recognizes G-d as an immanent Presence, he can rely on that closeness — not because he is relying on miracles, but because he knows G-d is really there caring for his every need.

(In the same vein, there were Jews at times great enough to receive the revelation of prophecy. If G-d is entirely real to you even before the revelation, an encounter with Him will not really alter your basic perception of reality. For most of us, however, who believe in G-d on the theoretical much more than the practical plane, seeing G-d would be a mind- jolt from which we’d never recover.)

The second lesson for us is that chassidus is not a level one can simply adopt at will. If a person has reached it, if after a lifetime of dedication he has come to know G-d to the degree that G-d really dwells with him, then he can act upon it. If, however, you are not there, you cannot force it. If you’re not really standing before G-d, you had better interrupt for the Roman. If you feel your own efforts bring in your paycheck rather than G-d’s beneficence, you had better keep working. That is the reality within the vast majority of us live, and leaps of faith beyond that are just leaps into the unknown.

Of course, there is very little we can learn practically from the above stories as well as from R. Yossi’s level. But it is important at times to get a glimpse of the true depth of Judaism, of the levels of devotion the truly great can achieve. Judaism is not only a religion of faith and belief. G-d exists and can sometimes be sensed by us on the level of the practical. In fact, we all have those moments in our lives in which we recognize that G-d had really been working things out for us all along, that in spite of our best efforts to the contrary, G-d was directing us where we needed to go, and only G-d’s guiding Hand could have been behind it all. (A good friend once mentioned to me that years earlier, when he was searching for work, he found a job only in city #1 while he was really trying to find work and settle down in the much larger and more commercial city #2. The end result was that he met his future wife shortly after moving to city #1 — as well as getting involved in a Jewish learning program there.) And so, we all get our occasional glimpses of the level of chassidus. For some, G-d is always there. But all of us can live with the deeper realization that G-d really is there — and will pitch in for us when we really need Him.