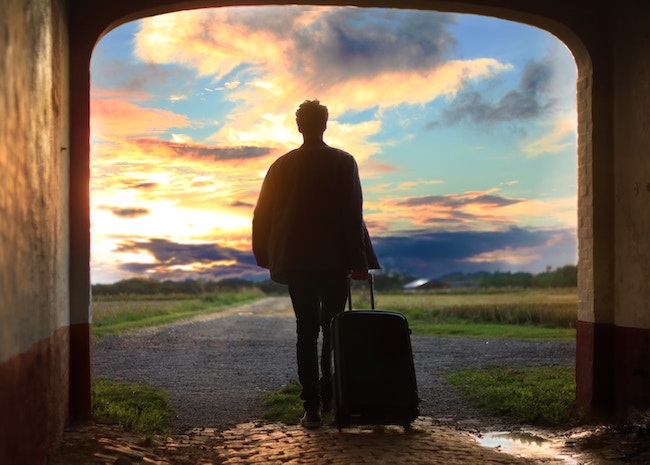 Rabbi Nehorai said: Exile yourself to a place of Torah and do not say it will come after you or that your colleagues will preserve it for you. ‘And do not rely on your own understanding’ (Proverbs 3:5).

The message of this week’s mishna is that we must be proactive in our quest for Torah. We cannot wait for it to come to us or for a teacher to seek us out. Nor should we rely on our own faculties to fully comprehend the Torah we study. Throughout the generations the Torah has always been taught from teacher to student — even more ideally from parent to child. We must make every effort to find our place in that eternal chain — first as student, then as colleague, and ultimately as bearer and transmitter to our own children and students.

R. Nehorai first states that we must “exile” (Heb. “goleh”) ourselves to a place of Torah. The implication firstly is that we must leave home. One cannot just stay put, study many hours, and become a Torah scholar (even if he’s subscribed to 23 weekly Internet classes). 😉 There comes a time in a person’s life when he just has to uproot himself from his past and begin afresh. Truly growing in Torah implies becoming a new and a more sensitive person. And this does not easily occur if my entire past is still before me. It requires a clean break, a fresh start. I must be prepared to uproot myself from whom I once was — both physically and psychologically — and immerse myself totally in Torah study and my quest for truth.

As our mishna puts it, such a move must be viewed as “exile”, not just a simple change of location. This word has a number of fascinating connotations I would like to discuss.

First of all, a person in exile eventually hopes to return home. No one intends to permanently remain an exile. If so, why doesn’t our mishna recommend that we move to a place of Torah rather than just “exile” ourselves to one — presumably eventually to return home?

Thus clearly, our mishna is not talking about what type of community a person should settle in — where he should eventually move to. We will learn elsewhere in Pirkei Avos (6:9) the importance of living in a religious neighborhood and a Torah community. (See also earlier, 2:14.) Rather, R. Nehorai’s intent is that at least at one time in our lives we go into temporary exile: we leave home, friends and family, and go out to discover ourselves. We must go on a temporary high — almost an unnatural high — to truly find out what Torah and life are all about. And this requires an uprooting ourselves from all we know and all our preconceived notions — to embark on our journey of discovery.

In this vein, the Talmud records many scholars who left wives and families for years at a time in order to study in the great academies of Israel and Babylonia (see Kesuvos 62-3). (It does seem to view such scholars with some ambivalence — giving the impression that such were great acts, but not every man — nor his family — is cut out for such greatness.) Such scholars did not and could not have seen such a departure from normal family life as a permanent move. It was a temporary trek to an unnaturally high level of existence. But again, the Torah and its messages are best absorbed only through “exile” — through taking oneself away from the daily and ordinary and totally immersing himself in the world of Torah.

(By the way, I hail from Belzer Chassidim on my mother’s side. I believe it was my great-grandfather who was a librarian and personal attendant of the Rebbe — and who came “home” to visit his wife and family only on infrequent occasion.)

Likewise, in many Orthodox circles today, young men and women devote one or two years after high school to undivided Torah study in a yeshiva (Torah academy) or seminary in Israel. Some might view this as a drastic move — as taking off from the “real world” and “delaying” one’s life goals and career. Yet sometimes it is the only truly effective way to achieve the near impossible — of becoming a Torah personality and a changed human being.

For all the above considerations, many yeshivas require that the students reside in the dormitory on school premises. Regardless of what a student absorbs in a day of Torah study, if he returns home to the same old scene — the TV, stereo, talking back to his parents, arguing with his sister — he will quickly revert to whom he once was. It will be near impossible to break old habits and default positions. Only by completely immersing oneself in a Torah environment — without noise, distraction — and to some degree without even a past — can a student begin afresh. Fortunate is he who has the luxury — both the time and the finances — to devote himself to Torah study with a clear mind, free of distractions. If we have the opportunity in our youths — before the burdens of earning a living and caring for a family overwhelm — we are fortunate. Chances are, we will never again be presented with so grand an opportunity.

There are additional connotations to the term exile which I believe are relevant to our mishna’s theme. One who is exiled does not feel settled. He is not independent; he lives to some degree at the mercy of and on the good graces of foreign hosts. Often if we study feeling too established in our ways — that we know a lot but just want to learn some more — we will be ill-prepared to integrate new lessons and attitudes. If, however, a person sees Torah study as exile, he or she might just be prepared to sacrifice some of his own independence in order to “cleave to the dust of the feet [of the scholars] and thirstily drink their words” (earlier, 1:4). Subconsciously, he or she accepts that he is a guest, that he has entered the domain of others, and that much of his hitherto preconceived notions and biases must simply be put aside.

Finally, exile implies wandering. A wanderer knows not precisely where he is headed or what he is searching for. He knows his wandering is for a purpose — much as the Jewish People today recognize there is purpose to their Exile from the Holy Land — but he does not know just what he is seeking and when his mission will be complete. That only others can tell him. When one exiles himself to study Torah, he does not write the agenda nor plan the finale. With such in mind the student will be able to lose himself just a little in the world of the yeshiva — and find himself again — as a scholar and student of the Living Torah.