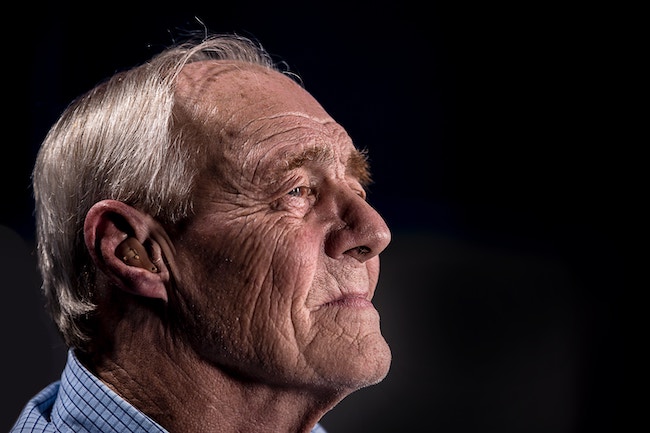 Mishna 27: Rabbi Meir (mai-eer) said, do not look at the flask but what is in it. There are new flasks filled with old wine and old flasks which do not even contain new wine.

The two mishnayos of this week draw an interesting contrast to the previous mishna. Last week we learned that it is far more productive to study Torah in one’s youth than in one’s declining years. This is true in part because young minds are quicker and young memories sharper, and in part because young minds are still open to be molded and shaped by Torah values and knowledge. Here Rabbi Yossi tells us that it is preferable to learn Torah from an elderly scholar. It seems that while an older person is not well-equipped to absorb new information, he or she is eminently qualified to give over what he does know. This is because whereas the young mind is still ready to be shaped, the older mind – one which experienced Torah study in younger years and continued beyond – has not only been shaped by the knowledge of Torah but has hardened in it as well.

As the commentators understand, Rabbi Yossi’s point is that younger scholars are not yet fully settled and composed in their study – just as the lees of new wine have not yet settled at the barrel’s bottom. They may have quick wits and lightning minds, but they lack the mature understanding of the Torah which only results from years of poring and reviewing. The advanced scholar, however, has matured in his wisdom and reflects much more fully developed Torah truths. He may lack some of the biting sharpness of the young genius – and for this reason his lectures may not strike one as being quite as intellectually stimulating – but the pathways of the Torah, in all its awe and glory, are illuminated to him, cleared of doubts, pitfalls and impediments.

There is a second benefit to learning from the elderly. The Torah teaches that aging itself is an educating process. Leviticus 19:32 states: “Before the elderly rise, and show honor before the aged.” The Talmud understands that one must respect not only an elderly scholar (a young scholar as well for that matter), but an unlearned elderly person as well, including a Gentile, provided he is not wicked (Kiddushin 32b – 33a). (Jewish Law requires rising in the presence of a person 70 years or older.) The reason for this is, as the author of the Torah Temimah comments, “for an ordinary elderly person has acquired wisdom through the many trials he has endured throughout the years of his life” (Torah Temimah to Leviticus there, note 241). There is a form of seasoned wisdom an elderly person carries with him or her. It cannot be quantified or put into writing. But it reflects an understanding of the world and mankind which stems from years of accumulated wisdom and history. To study from such a person is to understand Torah principles as they apply to life and to see history – Jewish history – come to life.

Lastly, an elderly Jew – whether learned or not – carries within him or her something else Judaism views as crucial to a proper education: tradition. He forms a link between the world today and previous generations. Judaism sees such people as invaluable and irreplaceable bearers of our Jewish heritage. What we know, everything we are today, is on account of the “ordinary” Jews of yesteryear who preserved what they knew and passed it on to their children. For this too we look backwards, towards our forbears, for wisdom and guidance.

We too, continued Rabbi Wein, retain a glimpse of the backside of people from an earlier world. Jews who grew up in – and were molded by – pre-War European Orthodoxy, saw a world no longer existent today. It was in a world of great simplicity, yet it was one of deep faith and devotion, in which G-d’s existence and the humble acceptance of the Jewish lot and mission were very much a part of life. And, it was a world which, in spite of huge numbers of Jewish day schools, yeshivos and kosher conveniences of all kinds, we have not been able to reproduce. Such relics carry with them a piece of Jewish history – a thousand years of European Jewish ‘shtetle’ life which was ripped from us so tragically and suddenly. They form a living link to a grand and glorious past – one exile less distant from the Judaism of the ancients and the revelation at Sinai. They, by their feeble and aging presence, serve as living testimony to our eternal history, a history that must be cherished and treasured till their last dying days.

Finally, our discussion is rounded off with Rabbi Meir’s rebuttal. In spite of the wisdom of Rabbi Yossi’s words, Rabbi Meir takes issue. Age is a significant factor in understanding and disseminating Torah, but it is not the only one, nor is it the primary one. An elderly scholar is far superior to a youthful one of equal talents. But the overriding consideration must be the Torah itself. The elderly and our past can teach us lessons we must cherish and can never ignore, but they are only valuable if they are delivered with equally strong messages of Torah and observance. The Jewish Nation has persevered in spite of tragedy, exile and uprooting. Great past Jewish civilizations – Babylonia, Spain, etc. – have been lost and all but forgotten, but we have managed to rebuild each time through our commitment and rededication to the Torah. It has been the Torah, not our history, heritage or anything else culturally “Jewish” which has maintained us. And through this, we can retain and see true meaning in our past, yet build an even brighter and more meaningful future.