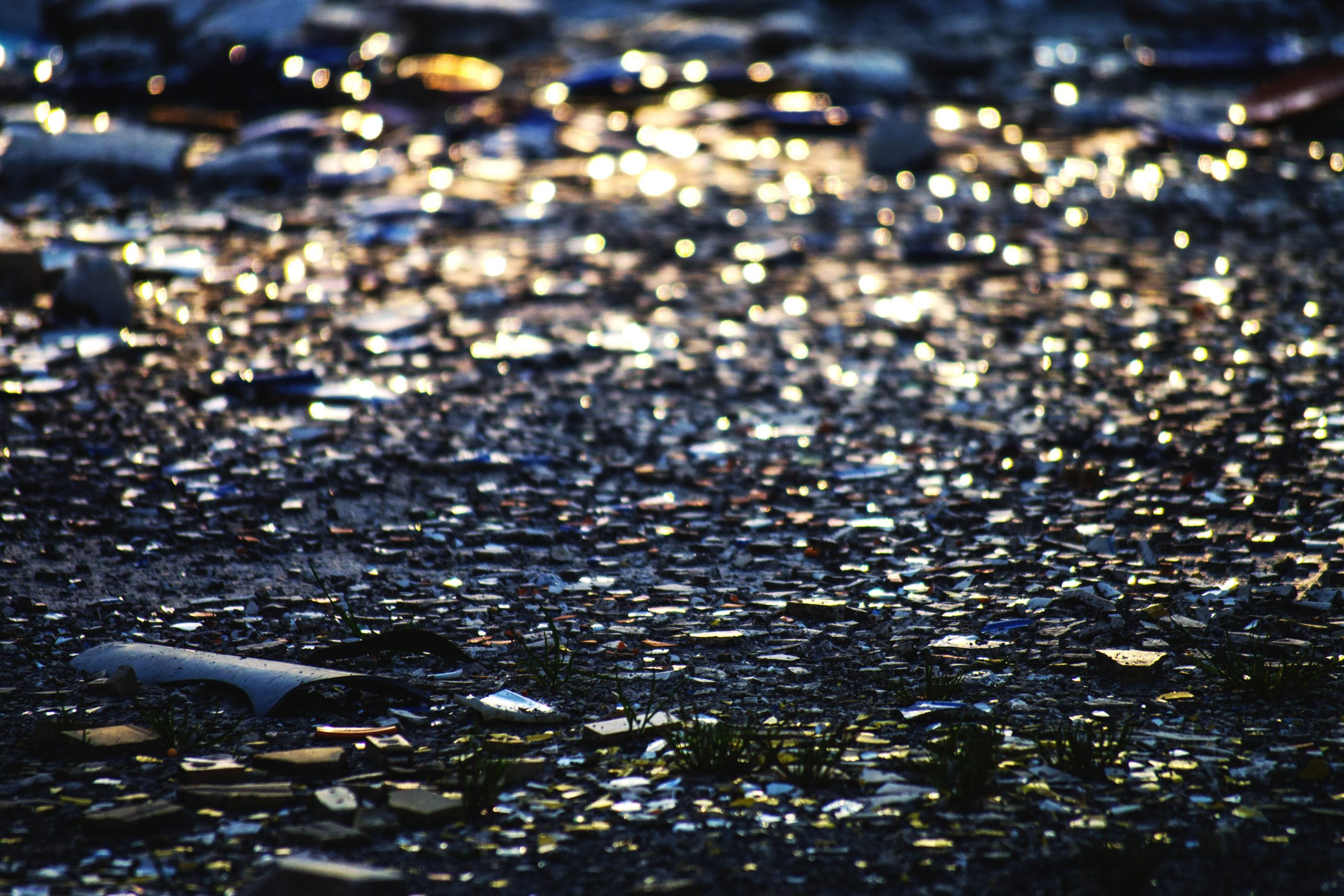 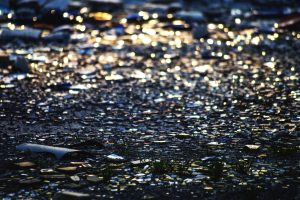 Lag B’Omer was celebrated in the Yeshiva with a traditional bonfire and accompanying songs that recall the greatness of Reb Shimon Bar Yochai, who illuminated the world with his legacy, the Zohar. Before the dancing began around the fire, I shared an insight with the students that gave a deeper context to the celebration that I would like to share here.

The essential theme behind the counting of the sefirah is, of course, perfecting our character traits. This is alluded to in the famous words of Rabbi Akiva, the teacher of Rav Shimon Bar Yochai, who explained the verse, “Love your neighbor like yourself,” to mean that this quintessential Torah law is the source from which flows all the Torah’s teachings. ”

In order to fully appreciate the import of Rabbi Akiva’s teaching, let us read the famous narrative recorded in the Talmud Kesuvos (daf 62:2) about Rabbi Akiva and his righteous wife, Rachel.

“Rabbi Akiva worked as a shepherd for the wealthy Kalba Savua, whose daughter, Rachel, recognized Akiva’s modesty and aspiring greatness. She approached him with an offer: “if I become betrothed to you, will you go to the Yeshiva to study Torah?” After he responded in the affirmative, they became secretly betrothed, and he went off to study. Upon discovering his daughter’s marriage to the unlearned shepherd, the wealthy Kalba Savua disowned her.

Rabbi Akiva remained in the Bais Hamedrash learning Torah for 12 years. When he finally returned home, he was accompanied by 12,000 students. As he was about to cross the threshold of his home, he heard an elderly man provoking his wife about his long absence. “How long will you remain a living widow?” the man asked, to which she replied, “If my husband would only listen to me he would devote himself to another twelve years of uninterrupted study.”

With these words of permission and encouragement, Rabbi Akiva turned around and returned to the yeshiva. He studied for another twelve years after which he returned with 24,000 students. His wife, Rochel, went out to greet him. Approaching him, she fell to the ground and kissed his feet. His attendants tried to push her away but were stopped by Rabbi Akiva, who told them, “All that is mine and all that is yours belongs to her.”

With this episode, the Talmud gives us insight into the supreme and selfless dedication of Rabbi Akiva’s wife and Rabbi Akiva. Yet the narrative prompts some basic questions: Is there a significance to the number 12,000 (students) who accompanied him on his first return home? Furthermore, upon his second return after another twelve years, shouldn’t the growth of his students have been exponential, not merely double?

In another interesting twist, the sages teach us that whenever the Talmud refers to Hu Saba, “an elderly man,” it invariably refers to Elijah the prophet. Elijah had come at that specific moment to prompt Rabbi Akiva’s wife to respond with her selfless declaration that she wished he would learn Torah for another twelve years. Clearly, this was all divinely engineered. Why was it so important for Rabbi Akiva to study uninterrupted for another twelve years to the point where Hashem actually sent Eliyahu Hanavi to bring this about?

I believe the answer lies in a basic understanding of Rabbi Akiva’s teaching about the essential meaning and purpose of Torah study, and of life itself. In essence, Hashem is the unifying force that sustains and permeates all of creation. Nevertheless, Hashem created a finite, fragmented and divided world where this unifying force is not easily perceived. The different compounds and elements, components and polarities that comprise the physical world serve to mask the fact that they all emanate from a single primary source.

Our mission is to glimpse what lies beyond the external divide, to see Creator in creation by connecting the dots. We are all essentially souls that flow from one place-the Heavenly throne. We are all thus bonded as one at our source. Nevertheless our souls are implanted in independent bodies, each uniquely different from the other, each agitating for its own individual needs and operating on its own instincts of self preservation.

How can we transcend our physical differences and genuinely bond with one another, thereby uniting with our divine source?

Rabbi Akiva provides the answer. Love your neighbor as yourself; this is the noblest and most fundamental doctrine governing a Jew’s life, and it is acquired only through Torah. Through Torah we connect to Hashem’s infinite mind and will. When we study Torah, however, each of us has our own pathway and medium, our own unique way of understanding. We are so certain we have arrived at the truth though our own perceptions, it is difficult to see the bigger picture and to accord the appropriate respect to our counterpart in study.

There is no greater challenge than achieving a true internal synthesis whereby we can maintain our independent mode of thought while recognizing at the same time that everything contains elements of truth, and that all flows from one divine source.

Rabbi Akiva’s greatness as a unifying force among the Jewish people was to raise 12,000 students. The Jewish nation consists of 12 tribes, each invested with its own unique, principled pathway and mission. The number 1,000 in Hebrew is “elef,” represented by the same symbol as the letter one. With 1,000 students in each tribe, reflecting the total diversity of Torah understanding, Rabbi Akiva could nevertheless unify them as one, inspiring and bringing together all the tribes jointly to bond through Torah to their source. A lofty accomplishment indeed!

Yet there was higher level of achievement that Heaven had ordained for Rabbi Akiva and his wife. It required harnessing a form of supernatural energy and it would accomplish a supernatural goal.

A husband and wife are essentially one soul divided into two opposites, and when they unite in harmony and peace the divine presence rests between them. So too, each of these 12,000 were to become zugos, pairs. It is natural for two individuals to argue the finer nuances of their individual line of Torah reasoning and thus approach the matter from all possible angles.

If, while dissenting with one another’s arguments, they would display the appropriate respect and esteem due a Torah scholar of such stature, the opposite, yet cohesive forces produced by their Torah leaning would bring the ultimate revelation of the Divine presence to this world. The highest spiritual goal for human existence would then be achieved.

Tragically, it was not to be. The students failed in that final lofty stage and did not accord one another’s Torah learning the level of respect it called for. As our sages tell us, this failure is marked as a national tragedy during the period between Pesach and Shavuos. Our embrace of Torah must be preceded by a wholesome sense of unity and a genuine esteem for our fellow Jews. In Rabbi Akiva’s words: Zeh klal gadol baTorah: This is the essential touchstone for true acceptance of Torah and our connecting to the Divine.

It was Rav Shimon Bar Yochai the student of Rabbi Akiva, that provided a different avenue for our attaining and absorbing this sublime recognition. By revealing the mystical secrets of the zohar, we are able to see the Divine light that emanates from the entire creation and the inner beauty that radiates within each and every Jew. Reflecting upon the bonfire, that is a reflection of the collective light generated by the unity of Jewish souls, we are appropriately commemorating Reb Shimon’s legacy and by absorbing his message we will bring the ultimate geulah to its final phase.