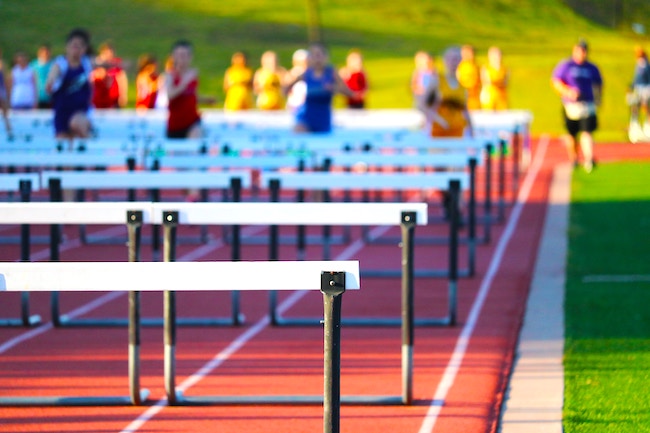 This mishna divides people into four categories based on their tempers. Note that our mishna does not measure anger using a simple linear scale. There are two primary determining factors according to the Sages — quickness to become angry, and length of time to calm down. These are quite distinct — stemming from entirely different parts of a person’s psyche. There are those who are edgy and excitable by nature, and who are easily roused to emotional outburst. Such people may by the same token forget just as quickly what it was they became excited about.

On the other hand, a person might generally be levelheaded, but be the sort to take abuse and offenses much more seriously. When threatened or insulted, he will withdraw and sulk for long periods of time — while exhibiting little or no emotion on the outside — while sometimes bearing a grudge till his dying days. (Now, when the wife is the first type and the husband is the second (or vice versa of course), things could get hairy… 😉 )

The commentator Rashi adds a short comment to our mishna which I personally found eye-opening. Why is someone who is quick to anger and slow to calm down deemed wicked? Rashi inserts a few words: “Because through the anger he will come to sin, as it is stated, ‘Do not become angry and you will not sin’ (Talmud Brachos 29b).”

Rashi, in a few words, makes one thing clear: anger per se is not evil. You are not “evil” because you have a temper — or (theoretically at least) even because you exercise it. The concern is simply what it will lead to.

For that matter, the Pentateuch nowhere states “And the L-rd said unto Moses saying, speak unto the Children of Israel saying, thou shalt not get angry” — though we might almost expect to find such warm, fuzzy, feel-good imperatives in the Torah. And the Torah does not “forbid” anger for a very simple reason: for some people, that is their nature — and the Torah does not ask us to change nature. Just as we must not tamper with the nature of physical world by damaging the environment, we are not expected to alter the inherent nature of our souls. If a person has a temper, he is not supposed to freeze himself and cut out a part of his essence. He must accept himself for whom he is and work with his anger.

The Talmud writes that if someone was born under the planet Mars (which astrologically signifies a thirst for bloodshed, Mars being the red planet), he can be a bandit, a doctor, a shochet (one who ritually slaughters animals, making them kosher), or a mohel (one who performs circumcisions) (Shabbos 156a). Such a person has a predilection towards blood. He will not be happy as an accountant. What should he do with himself? Find a positive outlet for his drives. Violent tendencies are not “bad” per se (we would call them “challenges” nowadays). They certainly harbor dangerous manifestations, but they are a part of the G-d-given natures of certain people, and G-d, as we know, makes no mistakes.

Thus, if a person’s tendency leans towards aggressive and physical behavior, he must recognize his nature and use it. If he fails, he will satisfy his lust with crime and violence (or at best, boxing). If he succeeds, he will use the same very hands to heal others or prepare kosher meat, performing an admirable, respectable service to society.

(The Sages likewise point out that both Esau and David were of red complexion, signifying blood. The difference, say the Sages, is that Esau killed in war and conquest while David killed justly, and ultimately his battles were acts of peace and G-dly service. (See Bereishis Rabbah 63.))

Anger is no different. It is not a “bad” trait — though it certainly is a dangerous one. Someone who is just not easygoing, who takes insubordination and discord seriously — and there are many things in life which should be taken seriously — is never going to be a pushover. He has a nature he will never fully keep under lock and key. How is he to positively channel it?

First of all, we must distinguish clearly between anger and rage. Anger is — or can be — a controlled, deliberate, and directed response to sin and injustice. Rage is blind and mindless. A person who loses control of himself sheds his godly image altogether: he is no longer a human being in the eyes of the Sages. The Talmud writes that one who tears his clothes and destroys his property in his fury is as one who worships idols (Shabbos 105b). Rage is destructive and animalistic. Everything must be just his way or he’ll “lose it.” That is self-worship tantamount to idolatry, wholly missing the point that G-d and not we runs the world, and that our greatness stems from our resemblance to G-d alone.

Anger, to the extent that it is human nature, is something quite different. There are those who are fighters and zealots — many of Israel’s greatest leaders have been. But they must know what to fight for and why. And they must see it as G-d’s battle rather than their personal vendetta. Anger and fierceness can be used in many contexts — in determined and relentless pursuit of one’s own mastery of the Torah, in stubbornly upholding Jewish values in the presence of apathy and agnosticism, and in battle against falsifiers of Torah tradition. The key is sublimation — in consciously deciding what to be stubborn about and in focusing one’s fervor on what truly counts. Ultimately, such a person will not be “angry” at all. His anger will not be his own; it will be none other than a reflection of G-d’s anger — and of G-d’s will.

The Torah (Numbers 25) describes to us how Pinchas (Phinehas), for zealously murdering perpetrators of an immoral act, received a personal greeting from G-d. How did G-d greet this man of blood and vengeance? “Behold I extend to him My covenant of peace” (v. 12). G-d saw Pinchas not as a man of violence but a man of peace — a fighter for peace to be sure, but a man of peace nonetheless.

People with tempers have a much greater obligation than the rest of us. They possess iron wills and furious passions. If misused they are capable of terrible acts of physical and verbal abuse. If used properly they will use their very same nature in fierce and valiant struggle for Torah — and ultimately they will be numbered among the pious of Israel.