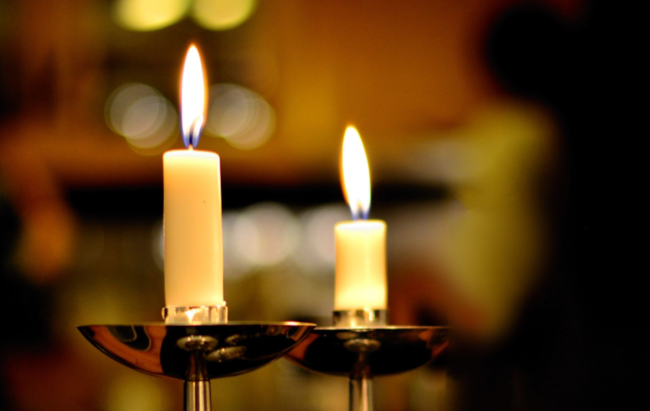 Ten things were created on the Sabbath eve at twilight. They are: the mouth of the earth [which swallowed Korach and his co-conspirators] (Numbers 16:32), the mouth of the well [which accompanied Israel in the desert], the mouth of the donkey [which rebuked Balaam] (ibid., 22:28), the rainbow, the Manna, the staff [of Moses], the shamir worm, the script [of the Torah], the inscription [on the Tablets of the Ten Commandments], and the Tablets. Some say: also destructive spirits, the burial place of Moses, and the ram of our father Abraham [which he slaughtered in place of Isaac] (Genesis 22:13). And some say, also tongs — which are made with tongs.

Last week we discussed the sanctity and uniqueness of the Sabbath in a general sense. This week we will tie this theme into the mishna — describing the equally unique nature of the items of our mishna — created as they were during the transition from mundane to sacred.

As we discussed last week, the Sabbath is not only a day of rest. It is a day of harmony. G-d spent the Six Days of Creation molding and forming the world, acting upon it to bring it to a finished state. When the Sabbath arrived, G-d “rested”. The meaning is that G-d no longer had to “create”: He no longer had to exert His mastery and force His mark on the world in order to make it function. All the world’s components were complete and in place. G-d had only to leave the world in its natural state of perfection, allowing all its parts to function together in peace and harmony.

This progression is reenacted weekly with the Sabbath. During the week man must toil: he must alter the natural world — plowing, harvesting, building, manufacturing — to transform the world into a habitat worthy of man. When the Sabbath arrives, we are reminded that in essence (and in actuality in the End of Days) the world as created by G-d is perfect. We need not and may not perform any acts of creation, interfering with the natural order of the world in any way — even with so trivial an act as picking a flower. The world reverts to its perfect state, ready to serve and sustain man as is. Acts of creation are no longer necessary; all exists in peace and serenity.

There is one more concept we must add to the above (also based in part on Sabbath — Day of Eternity by R. Aryeh Kaplan). The more perfect and complete an object is in this world, the more it is a reflection of G-d. “Perfect” and harmonious creations reflect and attest to a perfect and unchanging Creator. Further, the more a physical object (or time period) reflects sanctity, the more it becomes aligned with sanctity and acts as a conduit for it. Thus, physically-complete creations, in attesting to G-d’s glorious handiwork, become spiritually charged as well. They allow spiritual forces to flow unobstructed from the heavens, infusing and energizing the physical world with spiritual vitality.

This is evident in the Sabbath observance. We celebrate the Sabbath physically with cessation from work, fine clothes and feasting. But the Sabbath is much more than that. Physical revelry is accompanied with increased spiritual devotion. We begin the evening and day meals with the Kiddush — special verses and blessings sanctifying this day. More time is spent in the synagogue, in study and in prayer.

And this is the uniqueness of the Sabbath. It comprises both physical and spiritual enjoyment, yet on this special day they coexist in complete harmony. During the workweek they may well conflict — the more physical you are, probably the less spiritual you are — but on the Sabbath they complement. Physical and spiritual all merge into one magnificent whole, serving as a reflection of the one all-encompassing G-d of heaven and earth.

We can now begin to understand the sanctity of the objects of our mishna, created immediately before the Sabbath. My teacher R. Yochanan Zweig explained that these items were in essence “Sabbath” creations. They were not just supernatural objects. They were physical entities which existed in complete harmony with the spiritual realm. Through them, spiritual forces would be focused and directed uninhibited earthwards.

Theoretically, these objects “should” have been created on the Sabbath. Yet since G-d ceased acts of creation on the Sabbath, He created them immediately prior. And they would be reserved for times and places in which G-d would reveal His truth and justice unrestrained to mankind, allowing them to pour forth in ways the world would never ordinarily see.

We can now examine the objects of our mishna more closely. The well and the Manna of the desert were used by G-d to provide Israel with physical sustenance. Their needs were supplied instantly and directly from the heavens — without intervention of natural processes. Moses’ staff was used to perform many of the plagues in Egypt and the miracles of the desert. Through it, heaven-sent spiritual forces were channeled earthwards, meting out G-d’s justice in sudden and marked fury. The mouth of the earth which swallowed Korach as well as the mouth of the donkey which rebuked Balaam too were instruments of G-d’s exercising and speaking for immediate justice.

The rainbow is almost a quirk of nature. The focusing of such breathtaking beauty in such vivid display is a clear sign of G-d’s handiwork and handwriting. The rainbow can be said to represent the breaking down or conversion of light — the most spiritual and ethereal of G-d’s creations — into its more basic components — the various colors it’s composed of. It thus represents the link between the spiritual spheres and the physical world — the breaking down of spiritual forces as they traverse the worlds. We explained earlier, in Mishna 2 that after the Flood the link between the spiritual and physical worlds lessened. G-d designated the rainbow to represent that the alignment was still there, yet the spiritual light of Heaven would be filtered, so to speak, down to the level of man.

The shamir was a type of worm which produced a highly corrosive substance. The Talmud writes that it was used to hew stones for the Temple’s construction or engrave inscriptions on the stones of the High Priest’s garments (Sotah 48b). It used a force which emanated directly from G-d, and was used in the construction of the Temple — the structure which enabled G-d’s Divine Presence to dwell in the physical world.

Space does not permit me to dwell on the final examples in detail — each of which of course deserves a class of its own. Conceptually, however, the ram of Abraham represents the spiritual force which directs the stages of human history. The Sages tell us that one horn of the ram was blown at the Revelation at Sinai, while the second will be blown at the arrival of the Messiah (Pirkei d’Rabbi Eliezer 31). Thus, the ram represents the spiritual mission of Israel — from birth to nationhood to salvation — as imprinted upon the march of history.

The words of the Torah and their inscription upon the Tablets served as physical manifestations of the spiritual force of Torah, enabling physical man to build a relationship with an infinite G-d.

The grave of Moses was a physical place possessing unique spiritual dimensions. The Talmud writes that the place is impossible to reach in this world, and that when Roman soldiers were sent to find it, to the soldiers below it appeared above and to the soldiers above it appeared below (Sotah 14a). R. Yochanan Zweig explained that from this place Moses, at the end of his life, was able to view the Land of Israel and see future events as they actually occurred. It was a place unconstrained by the physical universe — in which this most perceptive of human beings was able to exist beyond the bounds of time.

Finally, tongs deserve an honorable mention — if nothing else because they make an interesting diversion. 🙂 I don’t know if they too represent a merging of physical and spiritual realities, but they address one of those logical dilemmas which has plagued man throughout the centuries. It takes a pair of tongs to shape a second pair over the fire. Who made the first one? Did the first blacksmith torture himself for the benefit of the future of mankind? It too could have only been an act of G-d — not during the Six Days in which He created the natural world, but as a special gift to allow man to get on with the task of living and prospering in the world we know.