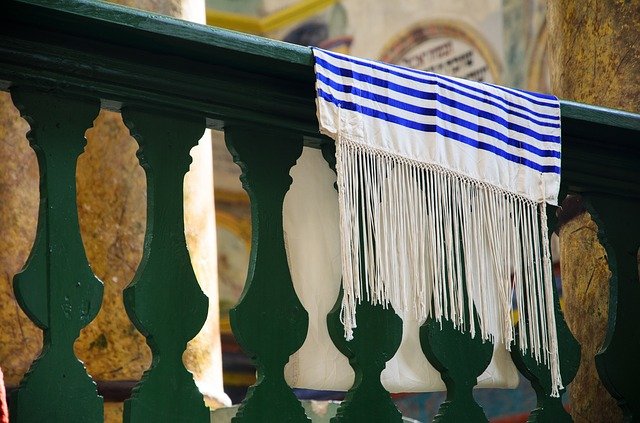 This week’s quality is that the Torah scholar loves rebuke, which apparently means he loves both rebuking others and being rebuked himself. The concept of rebuke is itself somewhat foreign to most of us. We have all been ingrained with the Western notion that all men are endowed with the all-sacred and inalienable right known as the Pursuit of Happiness, whether it be to earn their fortunes, seek out their thrills, or satisfy their passions. And so long as they do not harm or endanger others in the process, this is their hallowed and immutable right.

The Jewish concept, however, is that we in fact must not allow our fellow to pursue such pleasures if they are religiously improper — through societal pressure, persuasion, and at times physical force. And as such this is entirely foreign to the Western mind. What someone else does with his life is his own business. G-d gave him free will, and the free world guarantees it. What business does anyone have attempting to force his own beliefs upon anyone else? Perhaps Israel is charged with the mission of setting an example for mankind, but forcing people, interfering with their personal liberties, that smacks strongly of totalitarianism, intolerance, and intellectual arrogance, and flies in the face of practically everything sacred to Western man.

This issue is one which often rankles Israeli society and captures public attention — when more serious issues are not occupying the news (basically all the time). The irreligious often feel the religious are attempting to impose their will on society at large — no public transportation on the Sabbath, no indecent public advertising, no public sale of pork, only Orthodox-recognized conversions, etc. To the secular Israeli, the religious (or “ultra-orthodox,” as the world media, in its uncanny and unerring accuracy, dubs us) seems to want to impose its own backward and archaic traditions on an unwilling public. They have every right to observe whatever they want in the privacy of their homes and synagogues — that in itself makes secular Israelis uncomfortable enough. But what right do they have to interfere with Israeli society as a whole, not allowing it to breathe the freedom and liberty of any other democracy? And to our Western minds, their arguments strike a responsive chord indeed.

The Torah, however, simply states otherwise. And as much as this runs contrary to the current of modern thinking, the Torah is clear and unequivocal about it — and it would be intellectually dishonest of us to reject such an attitude based on our own preconceived notions without first sincerely examining the Torah’s position.

Leviticus 19:17 states as follows: “You shall not hate your brother in your heart. You shall surely rebuke your fellow, and you shall not bear a sin because of him” (or: “you shall not cause him to bear a sin” — more on that later). Thus, every Jew is obligated to rebuke his fellow and show him the error of his ways until he improves.

The Talmud learns from the “double language” in the verse (the word “rebuke” appears twice (I translated it as “you shall surely rebuke”)) that one must rebuke his fellow as many times as it takes — until he strikes you (Erchin 16b). Thus, we are to incessantly admonish our fellow, without patience or sympathy, until someone or something cracks — whether he or you.

The logic behind this, from the Torah’s perspective, is almost teasingly simple: There is no relativism or fairness about it: we know the Torah is right and sinners are wrong. We are thus obligated to see to it that anyone else who has not seen the light join us — so that ultimately he or she too will bask in the Divine Presence in the World to Come. Failure to do so is not so different from witnessing a man drowning in the river or taking a drug overdose while idly standing by (which incidentally, the Torah also forbids; see Leviticus 19:16). Such a person is quite literally killing himself, and we who simply know better must do whatever we can and whatever it takes to save him.

So Judaism begins with the assumption that the Torah and only the Torah speaks truth. This is understandable and unavoidable. As much as modern man has embraced the politically-correct notion that no one is really wrong — and so no one is really right — the one given of an absolute religion is that there are absolute truths in the world. There is a G-d and He created the universe for a purpose. He created man in order that he exercise his free will, choose good, and come closer to G-d — all that in order that man enjoy the ultimate pleasure of closeness to G-d in the World to Come. (So far, most other religions would agree — I think.) Now what is that good man must choose? The Torah is equally unequivocal: studying the Torah and fulfilling its commandments, making ourselves more spiritual and godlike individuals. Ultimately, this and only this enables us to develop a relationship with G-d — which we will truly enjoy in the World to Come.

Thus, someone who does not accept these premises — or does but does not live up to them — must be “rebuked”. But it is not so crude or insensitive as it thus far appears. The word used by our mishna — “tochacha”, a variant of the word in the Torah, more accurately means “prove” rather than “rebuke.” Our obligation is not to tell people off. It is constructive: to show them the error of their ways. And this in a way is Israel’s cosmic obligation to all mankind — to set an example for the nations — not through debate or proselytizing, but through example. And our more direct obligation towards our fellow Jews — of persuasion — is really not so different. Let us look at Leviticus more closely.

Oops! Getting a little lengthy with lots more to go. Guess we’ll continue this one G-d willing next week!