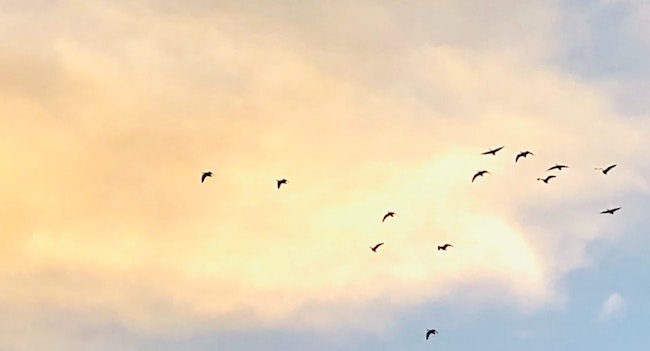 Jewish Women and the Path to Redemption Part II

This week, Women in Judaism offers the second in a two-part series examining the women of the Exodus and their extraordinary clarity, commitment and enthusiasm. These women forge a path of righteousness that continues from Egypt to this day towards the ultimate redemption. Our essay will focus on their good deeds, and on how these good deeds relate to the concept of redemption.

In the incident of the golden calf (Exodus 32:1-6) the women of the desert generation distinguish themselves as a group and, in so doing, redirect the misguided actions of their husbands. When forty days after receiving the Torah, the men ask their wives to contribute jewelry for creation of a golden calf idol, the women refuse on grounds that the Torah prohibits idol worship (Pirkei D’ Rabbi Eliezer, Chapter 45). They break ranks with their spouses – and commit to what they know is right in God’s eyes. In response God rewards Jewish women of all time with the monthly holiday of rosh chodesh.

Later, when the Jewish people are about to enter Israel, the women again clarify a basic misperception on the part of their husbands. The men in this generation are afraid that the distractions of work and everyday life in the new land will erode their close relationship with God. The women, by contrast, remain convinced that this spiritual bond will persist since God, Himself has sanctioned their move to Israel. Ultimately, God brings untimely death upon the men, while he brings the women into the land.

A third example of how the women of the Exodus correct the mistakes of their husbands is in the story of a man by the name of Korach (Numbers, Chapter 16). Korach and several hundred followers rebel against the leadership of Moses in the desert. One of Korach’s supporters is On, son of Peleth, whose wife takes action to prevent her husband from joining Korach’s growing ranks.

As Korach’s group moves from house to house enlisting support, the wife of On serves her husband wine until he falls asleep. She then stations herself at the door of their home – head uncovered and hair exposed. Jewish law forbids a married woman to venture outside without covering her hair and, as such, On’s wife, sitting outside hair uncovered, renders her entire home – and husband – unapproachable.

Numbers (16:32) relates that Korach and his followers ultimately lose their lives (“The earth opened its mouth and swallowed them and their households, and all the people who were with Korach…). On, son of Peleth is spared this fate in spite of his inclination to join Korach, thanks to his wife.

Beyond correcting certain misjudgments their husbands make, the women of the Exodus themselves act with clarity and enthusiasm. One example of their conduct is the way in which they contribute to construction of the Sanctuary, God’s dwelling place in the desert.

The Sanctuary travels with the Jewish people as they make their way through the wilderness. At each stop along the way it is re-assembled, and then dismantled when the nation moves on. The structure is both opulent and portable – with walls, doors and roof of tapestry and skins, and vessels from precious metals. The Jews, themselves, donate most of the materials for the Sanctuary. In general, when one member of a household makes a donation, the gift is considered to be on behalf of the entire family. In the case of the Sanctuary, however, the women, as a group, express their enthusiasm by making an independent contribution:

“The men came along with the women; everyone who is generous of heart brought bracelets, nose-rings, rings, body ornaments – all sorts of gold ornaments… ” (Exodus 35:22).

Ramban and Ohr HaChaim elucidate the phrase, “the men came along with the women,” by explaining that the women offer their own jewelry to the Sanctuary and the husbands accompany them in a show of support. The commentators observe that the Torah pays tribute to the women, by relating this fact.

Since the Sanctuary, its vessels and the priestly garments are things of great beauty and public exposure, the project is an opportunity not only for generosity of a high order, but also for the personal and civic distinction that often results from funding a major edifice or monument. In a move that suggests a desire to avoid this specific type of attention, a group of women make a gift that, while important as any, is decidedly understated and hidden from public view.

This group fabricates from goat hair the innermost layer of the Sanctuary roof (Hebrew: “yeriot”) – a layer entirely hidden from public view. As an internal source of support sustaining an entire edifice, the “yeriot” reflects the modesty, strength and wisdom of the Jewish woman. Elaborating on this theme, the 19th c. commentator, R’ Samson Raphael Hirsch explains how the layer of goat hair is a metaphor for the contribution of the Jewish woman to her people:

“This [layer of goat hair], after all, was the essential part which held the whole together, was the real [tent] and the making of a [tent] is where the quintessence of womanhood is concentrated, so that in this they displayed both careful thought and their sense of true womanhood, their [wisdom]” (The Hirsch Pentateuch).

In the hands of the women, even the fabrication of the yeriot becomes an expression of their eagerness to build the Sanctuary. Jewish law mandates that, when engaged in building the Sanctuary or something in it, an individual must not be in a state of ritual impurity. Any number of situations may cause this type of impurity. These include contact with a dead body; being under the same roof with a dead body; touching certain animals; and certain bodily discharges.

In their desire to work without interruption, the women of the Sanctuary contrive a way to weave the yeriot regardless of whether or not they are in an impure state. To explain: according to Torah, if any aspect of a living thing remains attached to its life source, it remains pure even if touched by an impure person. As regards the yeriot, therefore, if the goat hair as it is woven remains attached to the goat, the weaver may, herself, be in a state of impurity without compromising the purity of the yeriot. The women come up with a way to comb and spin and even weave the fleece while it is attached to the goat. Their method – which requires skilled craftsmanship, infinite patience and a high level of organization – enables the women to work full time on the yeriot, beyond a point at which even Jewish law would provide reason for them to stop.

While the woman of the Sanctuary are clearly impressive, why are their good deeds connected specifically to the idea of redemption?

The Rambam states that at redemption the world will appear much as it does now, but with full recognition of God and absence of impediments to His service. One who awaits redemption, therefore, would be aware of current obstacles and eager to overcome them. Accordingly, the redemption from Egypt takes place in the merit of the women of that generation who – undeterred by slavery and hardship – find routes to Jewish continuity, where others may have long called-off their search. The women continue to express this commitment even after the redemption from Egypt, through the distinct ways they contribute to the Sanctuary and to the general spiritual clarity of the Jewish people.

Today’s Jewish woman faces her own impediments to clarity, to awareness of and connection to her heritage and to closeness with God. Nonetheless she, like the women of the Exodus has the potential to redeem both herself and the Jewish nation. On a spiritual level she need only believe in a better future. On a practical level she need only never give up.