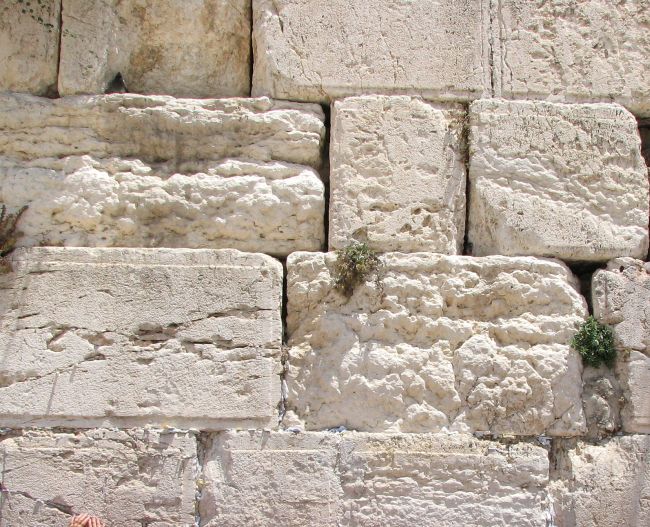 Closer to the Source 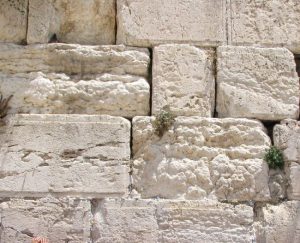 We read in our parashah (20:14-17), “Moshe sent emissaries from Kadesh to the king of Edom: ‘So said your brother Yisrael–You know all the hardship that has befallen us: Our forefathers descended to Egypt and we dwelt in Egypt many years, and the Egyptians did evil to us and to our forefathers. We cried out to Hashem and He heard our voice; He sent an emissary and took us out of Egypt; now behold! We are in Kadesh, a city at the edge of your border. Let us pass through your land! We shall not pass through field or vineyard, and we shall not drink well water; on the king’s road we will travel–we will not veer right or left–until we have passed through your borders’.” Why did Moshe appeal to Edom (the descendants of Esav) as a “brother”? Also, why did Moshe mention Bnei Yisrael’s suffering in Egypt? R’ Chaim Palagi z”l (1788-1868; Chief Rabbi of Izmir, Turkey) explains:

Eretz Yisrael’s holiness derives from the fact that it is where Creation began. Being closer to the Source, it receives the Divine flow of goodness more directly, and it therefore is more complete. (This, writes R’ Palagi, is reflected in the fact that Eretz Yisrael contains a little bit of nearly all of the world’s climates.) In matters of spirituality, also, Eretz Yisrael’s goodness is more authentic and complete.

Halachah dictates that younger siblings honor their firstborn brother. This is for exactly the same reason that Eretz Yisrael has a special status, i.e., each of them is closer to its source. Moshe’s message to Edom was: Do not worry that we will harm you as we pass through your land. For the same reason that we desire Eretz Yisrael, we honor you as descendants of our firstborn brother, Esav. If so, why are we claiming Eretz Yisrael for ourselves? Because, by being enslaved in Egypt, we paid-off the debt created by Hashem’s covenant with Avraham, while you did not. (Artzot Ha’chaim p.28)

“Miriam died there and she was buried there. There was no water for the assembly, and they gathered against Moshe and Aharon.” (20:1-2)

R’ Asher Kitzis shlita (Yeshivat Bet Meir, Bnei Brak, Israel) writes, quoting R’ Simcha Zissel Ziv z”l (1824-1898; the Alter of Kelm): Seder / order is a very great thing. Without order in the world, man could not live for a moment. If “Seder” is not preserved, the world cannot exist. How beloved to Hashem is one who conducts his life with Seder.

R’ Kitzis illustrates this point based on our verses. Miriam had just died, and the well that traveled with Bnei Yisrael in her merit had disappeared. The Torah does not say, however, that anyone was lacking water [compare Shmot 17:3]. At that very moment, Moshe and Aharon were sitting on the ground mourning for their sister, Miriam. Suddenly, says the Midrash Yalkut Shimoni, a large assembly crowded in around them. “What type of gathering is this?” Moshe asked Aharon.

“Are they not children of Avraham, Yitzchak, and Yaakov, people who do kindness, children of people who did kindness?” Aharon replied. (He meant: no doubt they have come to console us.)

This gathering was lacking Seder, R’ Kitzis concludes. And, what does it say next (verse 3)? “The people quarreled with Moshe.” (Haggadah Shel Pesach Minchah Sheluchah p.49)

They answer: Rashi z”l comments on the “Malach” in our verse, “This was Moshe. From this we may learn that the prophets are termed ‘angels’.” [Until here from Rashi] Moshe was the emissary to set the stage, and then Hashem himself took Bnei Yisrael out of Egypt.

“Hashem said to Moshe and to Aharon, ‘Because you did not believe in Me to sanctify Me in the eyes of Bnei Yisrael, therefore you will not bring this congregation to the Land that I have given them’.” (20:12)

R’ Yosef Yozel Horowitz z”l (1847-1919; the Alter of Novardok) asks: Was Moshe’s sin not sanctifying Hashem’s Name? What about the fact that he disobeyed Hashem’s direct order to speak to the rock? Also, what is meant by “You did not believe in Me”?

The Alter explains: Life is full of tests, and Hashem gives every person–even Moshe Rabbeinu–the possibility of failing those tests. The Midrash says that when Moshe was about to speak to the rock, Bnei Yisrael said, “Moshe knows that that rock has water in it. Let’s see if he can get water from a rock we choose randomly!” This caused a dilemma for Moshe Rabbeinu. The purpose of miracles is to sanctify Hashem’s Name. But, once the people started murmuring, Moshe feared that speaking to the rock Hashem chose would not cause a Kiddush Hashem; only drawing water from a rock chosen by the people would accomplish that. Moshe therefore agreed to draw water from a different rock. Of course, speaking to that second rock didn’t work, because it wasn’t the rock Hashem told Moshe to speak to, so Moshe had to hit it. In short, the Alter writes, hitting the rock wasn’t the sin; that was only a result of the sin. Moshe’s real error was not believing that he could sanctify Hashem’s Name by doing exactly what Hashem had commanded him to do, however improbable it seemed.

The Alter continues: Every person, on his own level, regularly faces this challenge: will he obey the will of the Torah–even when it seems the result will be less than desirable–or, with the best of intentions, will he try to “improve” on the Torah? Moshe’s intentions here were “very, very good,” the Alter writes. Nevertheless, Hashem tells Moshe in our verse that his actions reflected a lack of Emunah; if Hashem told Moshe to speak to a certain rock in order to sanctify Hashem’s Name, then whether the Kiddush Hashem actually results is Hashem’s “problem,” not Moshe’s. Moshe Rabbeinu’s only responsibility was to believe and to follow the letter of Hashem’s command, and this Moshe failed to do.

Whether to do exactly what the Torah asks of us or, instead, what we think is best, is a challenge that every person faces regularly, the Alter writes. Our job is to do what the Torah commands, not what we think the Torah should have commanded–even if our intentions are pure. (Madregat Ha’adam: Beirur Ha’middot ch.6)

“Bnei Yisrael, the whole assembly, arrived at the Wilderness of Tzin in the first month, and the people settled in Kadesh. Miriam died there and she was buried there. There was no water for the assembly, and they gathered against Moshe and Aharon.” (20:1-2)

Rashi z”l comments on the words “There was no water for the congregation”: “From the fact that this statement follows immediately after the mention of Miriam’s death, we learn that during the entire forty years [they were in the desert, until now] they had the ‘well’ in Miriam’s merit.”

Rashi (to Pesachim 54a) writes: “Miriam’s well” is the rock from which Moshe drew out water, and it used to travel with them wherever they traveled.

Where is this rock now?

The Talmud Yerushalmi (Ketubot 12:3, as explained by the commentary Korban Ha’eidah) states, “If one ascends Mount Yeshimon, he will see a colander-shaped rock in the Sea of Tiveryah [usually a reference to the Yam Kinneret / Sea of Galilee]. This is the ‘well of Miriam’ that traveled with Bnei Yisrael in the desert.” [The identity of “Mount Yeshimon” is not clear. Some identify it as Mount Tur’an, approximately halfway between Haifa and Tiveryah as the crow flies, from which one can see the Kinneret.]

The Talmud Bavli (Shabbat 35a) records what appears to be a different tradition: “If one wants to see the ‘well of Miriam,’ he should ascend Mount Carmel, and he will see a colander-shaped object in the sea; that is the well of Miriam.” On the same page, the Gemara identifies Mount Carmel as being a short walk from the Mediterranean Sea.