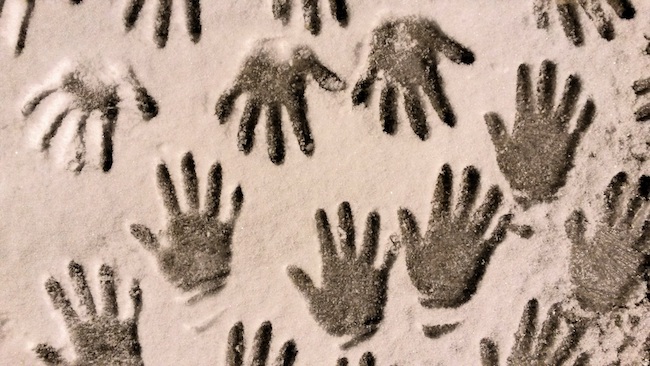 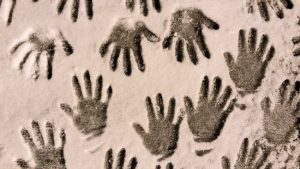 One of the laws in this week’s Parashah is that of the “Nazir,” introduced with the words: “Ish oh ishah ki yafli” / “A man or a woman who shall disassociate himself . . .” R’ Avraham ibn Ezra z”l (1089-1164) observes that the word “Yafli” also can mean: “Who does wonders.” He explains that a Nazir, who disassociates himself from wine, is doing something wondrous–unlike the typical person, who is controlled by the pursuit of pleasure.

One can be a Nazir for as few as 30 days. What is so wondrous about abstaining from wine for only 30 days? asks R’ Yitzchak Leib Kirzner z”l (1951-1992; Mashgiach Ruchani of Yeshivat Rabbeinu Yaakov Yosef in Edison, New Jersey). Maybe we would be impressed if a person abstained from all delicacies for 30 days, but from wine alone?! This question is particularly strong given the fact that a Nazir is not permitted to come in contact with the dead because, says the Ba’al Ha’turim, there is a possibility that a Nazir will experience Ru’ach Ha’kodesh / Divine Inspiration, and we do not want anyone to suspect that his visions result from necromancy! Moreover, a Nazir who completes his term is required to bring a sin-offering to atone, according to Ramban, for stepping down from his high level. What has a Nazir done that is so special?

R’ Kirzner answers: A human is a partnership between a body and a Neshamah / soul. Ideally, the body “understands” that its role is to be subservient to, and supportive of, the Neshamah. The status of Nazir is intended for someone who recognizes that the relationship between his body and Neshamah is not as it should be, that his body has become a priority. It is not that abstaining from wine for 30 days is so impressive; it is the fact that this person came to the recognition that some action is needed to fix the body-Neshamah relationship that is impressive. A person who can recognize that fact, which too few people do, is on the road toward achieving Ru’ach Ha’kodesh. (Ma’oz La’tam)

“Speak to Bnei Yisrael and say to them, “A man or woman who shall dissociate himself by taking a Nazirite vow of abstinence [from wine] for the sake of Hashem’.” (6:2)

Rashi z”l writes: Why does the section of the Parashah dealing with the Nazirite follow immediately after the section dealing with the Sotah / a woman who is suspected of adultery? To teach that he who has once seen a Sotah in her disgrace should abstain from wine, because wine may lead to adultery. [Until here from Rashi]

R’ Yitzchak Leib Kirzner z”l (see above) asks: To the contrary! One who sees the disgrace of the Sotah should not need any further motivation to behave properly!

He explains: Although we know in the abstract that there are sinners and that they will be punished, actually meeting a person who has committed a serious sin can have a negative impact on a person. (R’ Kirzner writes that there are many proofs to this idea in Tanach, but that they are beyond the scope of his discussion.)

Additionally, if Hashem has arranged that a certain person will be in the Bet Hamikdash at the very moment when the Sotah is disgraced, it is a sign that Hashem wants that person to act on this “coincidence.”

Lastly, when a person has a significant experience, he should not let it pass without sanctifying himself in some way in order to preserve the feelings he experienced in the moment. (Ma’oz La’tam)

R’ Moshe Shmuel Glasner z”l (1856-1924; rabbi of Klausenberg/Cluj, Romania) asks: The Kohanim did not own land; rather, they were supported by the various Matnot Kehunah / gifts that the Torah requires Yisraelim and Levi’im to give to the Kohanim. Therefore, when the Kohanim bless Yisrael with financial success, G-d’s favor, and with peace, which is what the Birkat Kohanim / Priestly Blessing addresses, the Kohanim will necessarily enjoy the fruits of that blessing as well. Why, then, does the Gemara say that the blessing does not benefit the Kohanim?

This work, which dates from the time of the Gemara and major Midrashim expands on many of the ideas found in Pirkei Avot. Here, we present excerpts from and commentaries on Avot D’Rabbi Natan.

Moshe went up in a cloud, he was sanctified in a cloud, and he received the Torah from Sinai, as is written (Shmot 24:15-16), “[Moshe ascended the mountain, and the cloud covered the mountain.] The glory of Hashem rested upon Har Sinai.” This occurred after the Aseret Ha’dibrot had been taught; a cloud covered Moshe for six days to purify him. Thus it is written (ibid), “[The cloud covered him for a six-day period,] and He called to Moshe on the seventh day.” This is the opinion of Rabbi Yose Ha’Gelili.

Rabbi Akiva says, “The cloud covered it for a six-day period”–referring to the mountain. “He called to Moshe on the seventh day”–to show honor to Moshe. (Chapter 1)

R’ Yom Tov Tzahalon z”l (1559-1638; Tzefat, Israel; known as Maharitatz) writes: These words are placed at the beginning of the tractate (i.e., Avot D’Rabbi Natan) to teach that one who wants to enter the world of toiling in Torah should do so with extra sanctity and purity. Who is greater than Moshe Rabbeinu?! All other prophets had to prepare themselves to receive prophecies and, even after doing so, they would faint from the intensity of G-d’s revelation; not so Moshe, who could receive prophecy any time he wished. Nevertheless, says Rabbi Yose Ha’Gelili, even Moshe had to purify himself for seven days before receiving the Torah.

Maharitatz continues: There is another version of the text which begins: “One who acts as if he is great or important is not actually so unless someone greater or more important than he has elevated him. The King of Kings, the Holy One, blessed is He, elevated Moshe, as we read [Bemidbar 12:7–comparing Moshe to all other prophets], ‘Not so is My servant Moshe; in My entire house he is the trusted one.’ Moshe went up in a cloud, etc.” Thus, we learn also that one who appoints himself to greatness is not great; rather, he should wait to be appointed by someone greater than himself. (Magen Avot)

Siddur Avodat Yisrael cites a custom to recite Psalm 67 on the Shabbat on which Parashat Naso is read. Accordingly, we present here verses from, and commentaries on, that Psalm.

“May Elokim be gracious to us and bless us; may He show us favor (literally, ‘may He illuminate His countenance to us’).” (Verse 2)

R’ Yaakov Yisrael Halevi Stern z”l (Maggid /preacher in Kremenets, Volhynia, now Ukraine; died 1799) writes: The Midrash Yalkut Shimoni notes the similarity between the blessing in this verse and in the Birkat Kohanim / Priestly Blessing in this week’s Parashah (6:24-26).

Midrash Rabbah on our Parashah comments on the Priestly Blessing, “May He illuminate His countenance” — “With the light of Torah; alternatively, may He light up [your] eyes.” In connection with the blessing, “May He be gracious to you,” the Midrash cites the verse (Yeshayah 30:19), “People in Zion, dwellers of Yerushalayim, you shall not have cause to weep. He will be gracious at the sound of your call.” What is this Midrash teaching?

This, continues R’ Stern, is the meaning of the Midrash quoted above: “May He illuminate His countenance” — “May He light up [your] eyes.” “May He be gracious to you” — “You shall not have cause to weep.” Since your prayers will be accepted without tears, your eyes will be bright. (Shevet M’Yisrael)