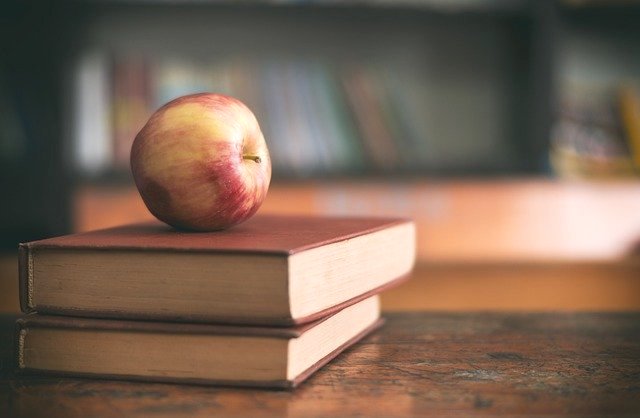 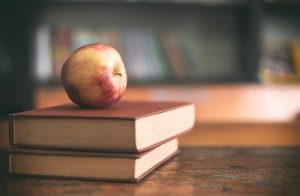 Parashat Bemidbar is nearly always read on the Shabbat preceding Shavuot, the holiday of the Giving of the Torah. R’ Yosef Zvi Viener z”l (1936-2012; rabbi of Gan Yavneh and Nes Ziona, Israel) offers the following lesson that we can learn from this juxtaposition:

At first glance, Parashat Bemidbar is nothing more than a census. However, there is a very significant event in our Parashah: the tribe of Levi is designated to serve in the Mishkan / Bet Hamikdash. Originally, that task was supposed to go to the Bechorim / firstborn, but that privilege was stripped from them because they served the Golden Calf. In our Parashah, the Bechorim are redeemed, and the Levi’im take their places.

The role of the Levi’im is more than just serving in the Mishkan / Mikdash, R’ Viener continues. We read about the tribe of Levi (Devarim 33:10), “They shall teach Your ordinances to Yaakov and Your Torah to Yisrael.” The original plan was that every household would include a “priest” and teacher in the person of the Bechor. When the Bechorim proved unworthy, that task was transferred to the Levi’im. Either way, we learn that it is not sufficient for each individual to accept, study, and fulfill the Torah; building a Torah-based society also requires that there be a “teacher class.” In exchange for filling that role, the Levi’im were promised Ma’asrot / tithes. Thus, giving tithes is not charity; it is payment for a service. In short, R’ Viener concludes, the message of the juxtaposition of our Parashah to Shavuot is that building a Torah-based society requires that there be a “teacher class,” and that every person willingly finance it. (Da’at Tushi’ah)

R’ Horowitz continues: Why is it bad for the Jewish People to be counted? The reason is that the root of holiness is unity. Counting people highlights their separateness, not their unity, and therefore is harmful. This, as well, is why the Gemara (Ta’anit 8b) states that blessing rests only on things which are hidden from the eye, i.e., things which have not been counted.

Nevertheless, when we do the will of G-d, we can be counted. When we are righteous, we return toward the level of Adam before his sin. Adam had within him all of our souls. Thus, he epitomizes unity, which, as noted, is the source of holiness. When we are on that level, counting us does not harm us.

This concludes R’ Horowitz, explains the wordiness of our verse. “Count the head of the entire assembly”–start from the fact that, at our beginning, we are one. Then work downward: “Of Bnei Yisrael”–the sons of Yaakov, i.e., the twelve tribes; “according to their families”–their large extended family groups; “according to their fathers’ household”–the nuclear family; etc. If each is connected back to its source, which reflects unity, then it is safe to count Bnei Yisrael. (Duda’im Ba’sadeh)

“These are the offspring of Aharon and Moshe on the day Hashem spoke with Moshe at Har Sinai.” (3:1)

In fact, the verses that follow mention only the sons of Aharon, not those of Moshe! Also, what is meant by “on the day Hashem spoke with Moshe”?

R’ Chaim ben Attar z”l (1696-1743; Morocco, Italy and Eretz Yisrael) explains: Aharon’s sons were destined to die because Aharon made the Golden Calf. Two did die, but Moshe’s prayer saved the other two. Thus, they are considered Moshe’s offspring as well. When, and in what merit, did Moshe pray for them? “On the day”–and because–“Hashem spoke with Moshe at Har Sinai.” (Ohr Ha’Chaim)

There is a dispute between two Sages of the Mishnah, Rabbi Yehoshua and Rabbi Eliezer. Rabbi Yehoshua holds that Yom Tov should be “half for Hashem,” i.e., praying and studying Torah, and “half for you,” i.e., eating, etc. Rabbi Eliezer holds that one may choose either “all for Hashem” or “all for you.” The Gemara (Pesachim 68b) states, however: “Everyone agrees that Shavuot requires something ‘for you,’ because that is when the Torah was given.” [Until here from the Gemara]

R’ Yaakov Moshe Kulefsky z”l (1925-2000; Rosh Yeshiva of Yeshiva Ner Israel in Baltimore) writes: To the contrary, we would have thought that, on the anniversary of the Giving of the Torah, one should be an ascetic, abstaining from all worldly pleasures!

He explains: R’ Moshe ben Maimon z”l (Rambam; 1135-1204; Spain and Egypt) writes (Hil. De’ot 3:1-3): One might say, “Since jealousy, desire, honor, and the like are the wrong path and they destroy a person, I will distance myself from them as far as possible.” Such a person would not eat meat, drink wine, get married, or live in a nice house. No! Rambam writes. That, too, is the wrong path; moreover, it is forbidden, and one who follows it is called a sinner. The same is true of fasting excessively. Rather, one must intend all of his thoughts and his deeds to be for the sake of Hashem. When he sits, stands, speaks, eats, drinks, etc., he should not think solely of his own pleasure; rather, he should eat and drink to be healthy, etc. In that way, everything he does will be in the service of Hashem. About this King Shlomo wrote (Mishlei 3:6), “In all your ways acknowledge Him, And He will straighten your paths.” [Until here from Rambam] R’ Yosef Karo z”l (1488-1575; Greece and Eretz Yisrael; author of the Shulchan Aruch and other works) comments: A person who lives in this way is called “Holy.”

R’ Kulefsky continues: We learn from here that “holiness” is not synonymous with complete separation from worldly pleasures. To the contrary, the latter is sinful. Holiness means enjoying worldly pleasures, but for the sake of Heaven.

This, explains R’ Kulefsky, is why Shavuot, the day the Torah was given, is not a day of asceticism or deprivation. The possibility of elevating worldly pleasures and making them something spiritual exists only because we received the Torah. The Torah elevates us and makes it possible for us to live for the sake of Heaven.

This, also, concludes R’ Kulefsky, is why a special Korban was brought in the Temple on Shavuot consisting of Chametz. Leavened bread, which is “puffed up,” is the symbol of haughtiness. On Shavuot, when we received the Torah, with which we can mend bad character traits, we do not fear Chametz and what it represents. (Inyanei Pesach V’Shavuot p.120)

All three of these refer to a person’s cries when he is being mistreated by other people [as Bnei Yisrael were in Egypt]. “Shav’ah” is a cry emitted when the victim is able to think clearly, a cry that comes out in the form of a proper prayer. “Tze’akah” is a person’s cry of bitterness when he cannot think clearly. Both of these are responses to physical or financial pain. “Ne’akah” is a person’s response to emotional pain. Such a “cry” is not necessarily audible, but Hashem hears it anyway.

“Rinah” is praise of Hashem that precedes one’s requests. Why do we praise Hashem before making requests? R’ Yadler explains: A person could have his requests answered for one of two reasons: Either because he deserves to be answered, or because the one from whom he is making the request loves to do kindness and wants to fulfill the requests of others. We praise Hashem before we make requests to acknowledge that we do not deserve to be answered, and that our hope of being answered is based on His generosity.