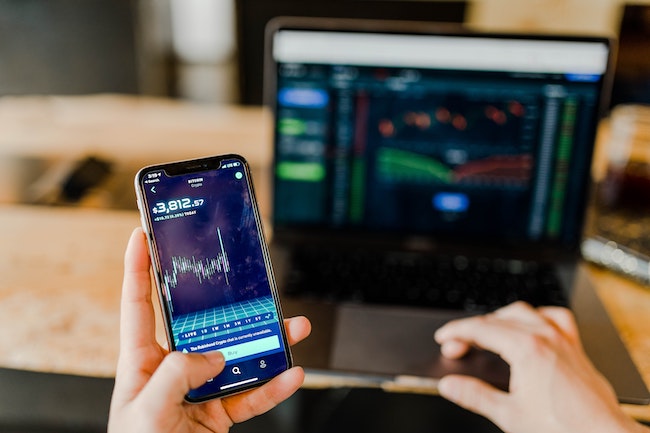 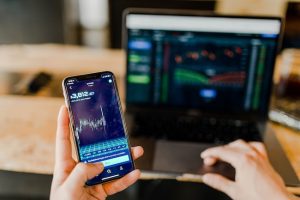 In this week’s double Parashah, the construction of the Mishkan is completed. Parashat Pekudei opens: “These are the accountings of the Mishkan, the Mishkan of Testimony, which were reckoned at Moshe’s bidding.” The Sages say that the accounting was actually taken from Moshe! Why, asks R’ Moshe Gruenwald z”l (died 1853-1911; rabbi of Khust, Hungary), was an accounting required from Moshe?

R’ Gruenwald explains: The purpose of the accounting was to teach us a lesson. Many commentaries explain how the various parts of the Mishkan and its furnishing allude to different parts of the human body and to different human traits. Thus, the accounting that Moshe gave regarding the Mishkan teaches us to take an accounting of ourselves–of our body parts and character traits. Are we using our physical organs and our abilities as intended?

In a similar vein, R’ Gruenwald asks: Why do we reckon according to a lunar calendar (as commanded in the extra reading this week known as “Parashat Ha’chodesh”)? After all, the sun is more distinguished! He answers: Because we can learn a lesson in proper behavior from the moon. Every month, the moon waxes and wanes. So, too, we must undergo cycles of growth and contraction. Periodically, preferably every day, man must humble himself and reflect on what he has accomplished. Then he must grow some more and begin the cycle anew. (Arugat Ha’bosem)

“On six days, work may be done, but the seventh day shall be holy for you, a day of complete rest for Hashem.” (35:2)

The Gemara states that when Shabbat arrives, a person should not feel as if Shabbat is interrupting his work; rather, he should feel as if all of his work is done, even if it is not. How does one achieve this level?

R’ Avraham Zvi Kluger shlita (Chassidic Mashpia in Bet Shemesh, Israel) explains, based on a number of 18th and 19th century Chassidic works: When the Talmud speaks of the Melachot / labors that are prohibited on Shabbat, it never says that there are 39 Melachot. Rather, it always speaks of the “40 Melachot missing one.” This is teaching us that the feeling that one needs to work always comes from the sense that one is missing something. If, when Shabbat arrives, he felt like he was a guest in the palace of the King (i.e., Hashem), he would not feel that he is lacking anything, and he would not feel like he is neglecting his work.

This requires explanation, for one can see with his own eyes that his work is not done just because Shabbat has arrived! R’ Kluger writes: It is human nature that parents worry about and care for their children until they are certain that the children are mature enough and have the tools to begin to care for themselves. The more that the child makes efforts to care for himself, the more readily parents will let go and allow the child to become self-sufficient. In contrast, when the child was an infant and incapable of caring for himself, his parents took care of all of his needs while he needed to do nothing.

We are Hashem’s children. During the six days of the work week, we are like those older children who do their best to find their own way. Just as with our parents, the more we attempt to cut the ties between ourselves and Hashem, the more He will leave us to our own devices. On Shabbat, however, even though we know intellectually that there is work to be done, we must concentrate on the knowledge that, as compared to Hashem’s ability to provide, we are like infants in the crib whose every need is provided by our loving parents. (In reality, R’ Kluger notes, one who works on the trait of Bitachon could feel this every day.) (Nezer Yisrael, Vol. I p.285)

“On the day of the first new moon, on the first of the month, you shall erect the Tabernacle, the Tent of Meeting.” (40:2)

Midrash Yalkut Shimoni (Melachim, “Remez” 184) records: The Mishkan was completed on the 25th of Kislev, but it remained folded away until the first of Nissan. Bnei Yisrael were dejected, and they asked Moshe, “Why wasn’t the Mishkan assembled immediately?” For His part, Hashem wanted to combine the joy of the assembly of the Mishkan with the month in which Yitzchak was born. Thereafter, Hashem repaid the 25th of Kislev with the holiday of Chanukah. [Until here from the Midrash]

Many ask: What does the birth of Yitzchak have to do with the assembly of the Mishkan?

R’ Nosson Yehuda Leib Mintzberg z”l (1943-2018; rabbi and Rosh Yeshiva in Yerushalayim and Bet Shemesh, Israel) explains: The Torah–in the portion we read this Shabbat as “Parashat Ha’chodesh”–identifies the month in which Pesach falls (Nissan) as the “first month.” Why? Because it is fitting for the Jewish People to count their months from when they left slavery and became a nation. Indeed, all of the significant events that led to the formation of the Jewish People occurred in Nissan, among them: The Brit Bein Ha’betarim, when Hashem told Avraham that his descendants would be enslaved; Yitzchak’s birth; and Yitzchak’s blessing Yaakov. (R’ Mintzberg notes that the Torah was not given in Nissan; however, that event was really the culmination of the Exodus, which was in Nissan.)

The assembly and dedication of the Mishkan was, likewise, a seminal event in Jewish history–the day when G-d rested his Shechinah among the Jewish People. If not for the sin of the Golden Calf, writes R’ Mintzberg, perhaps this would have followed immediately after the Giving of the Torah. After Bnei Yisrael’s grave sin, however, a new beginning was required, and that required waiting for a new year. (R’ Mintzberg compares this to the law of “He’erev Shemesh,” i.e., that a person who was Tamei and immersed in a Mikvah may not enter the Bet Hamikdash until a new day has begun.) For the Jewish People, the new year begins on the first of Nissan–the month of the nation’s birth. (Ben Melech: Chag Ha’matzot p.25)

R’ Chaim Friedlander z”l (1923-1986; Mashgiach Ruchani of the Ponovezh Yeshiva) writes: The Mishkan was built as the place where Hashem could reveal His Shechinah among the Jewish People. However, whether Hashem actually reveals Himself depends on the actions of the Jewish People. Therefore, the Mishkan was erected in Nissan, the month when Hashem first taught the Mitzvah of sanctifying the moon and declaring the new month–a Mitzvah that teaches that our actions have an impact. (Siftei Chaim: Mo’adim II p.263)

The first, and the greatest of all, is Torah. Know that when a person increases his involvement in Torah study and Mitzvot, he will, as a result, come closer to Hashem and will cling to Him. Then, awe and love for Him will be implanted in that person’s heart. Thereafter, when he gets up to pray, he will have no difficulty beseeching Hashem and concentrating on his words. To the contrary, it will be easy, because Hashem will already be at the forefront of his thoughts. This is the meaning of the verse (Tehilim 119:6), “I will praise You with a sincere heart when I learn Your just laws.”

The second is “Chiddush” / “innovation,” meaning that one should introduce personal pleas and requests into some or all of the Berachot of Shemoneh Esrei. These Chiddushim will cause him to concentrate [because they are personal, not part of the rote formula]. If you cannot add to every blessing because the congregation prays too fast, add something in one or two blessings.

The third is “Need.” When a person feels that he has a need and he prays for it, he will concentrate well. The greater the need, the greater the concentration–for example, if there is sickness in one’s family or if one is in danger. At such a time, a person pleads before Hashem wholeheartedly, he sheds tears, and he pours out his soul to G-d.

For this reason, R’ di Lonzano continues, a person who is healthy and wealthy generally has more trouble concentrating during his prayers. The solution is to think often about rich people who lost their wealth, and to recognize that all of one’s success in business comes from Hashem; therefore, one must pray to Him. In particular, a person who is leading a comfortable life may have difficulty praying for the Geulah / Redemption, for why would he want anything to change?! Therefore, he should reflect on all the things that can go wrong because we are at the mercy of the nations. And, if he is a pious person, he should reflect on the degradation that the Torah is suffering due to our exile and the troubles of Jews around the world. All of this will soften his heart, and it is likely that he will pray with proper concentration.