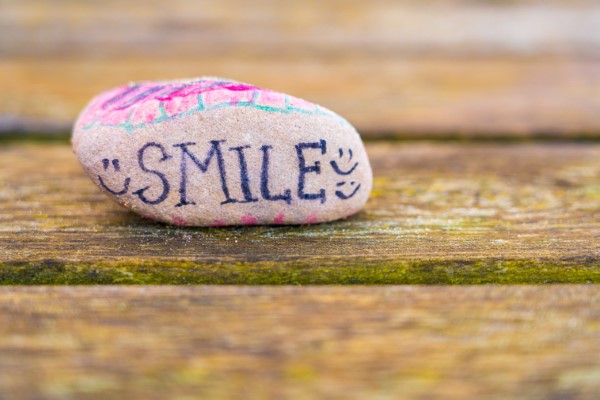 Be Happy (Even Now)! 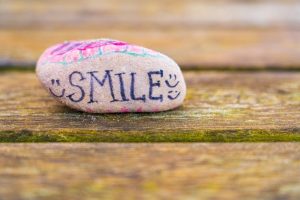 The Gemara (Ta’anit 29a) teaches: “When the month of Av enters, we lessen our Simcha / happiness.” This lessening of Simcha is reflected in the restrictions we observe during this period, such as not making weddings. However, asks R’ Menachem Boruch Yaveh shlita (Rosh Yeshiva of Yeshiva Chayei Torah-Lublin in Yerushalayim), why doesn’t the Gemara say, “When the month of Av enters, we mourn for the Temple”? What is the “Simcha” that we are lessening?

He explains: King David instructs us (Tehilim 100:2), “Serve Hashem with Simcha.” That is Hashem’s Will. Indeed, the Torah (Devarim 28:47) attributes the suffering of the exile to the fact that “you did not serve Hashem, your Elokim, with Simcha and goodness of heart.” Furthermore, the prophet tells us that we will be redeemed in the merit of Simcha, as it says (Yeshayah 55:12), “For you will go out with Simcha.” Thus, the Gemara is reminding us that we must always be in a state of Simcha–just, a little less so during this time period.

R’ Yaveh continues: Indeed, our Simcha increases when we realize that, every day, we are that much closer to the ultimate redemption. Then we will see the fulfillment of the prophecy of Zechariah (8:19) that the four fast days we observe to commemorate the destruction of the Bet Hamikdash will themselves become days of Simcha. (Metikut Ha’moadim: Purim p.13)

“These are the words that Moshe spoke to all of Yisrael, on the other side of the Jordan, concerning the Wilderness, concerning the Aravah, opposite the Sea of Reeds, between Paran and Tophel, and Lavan, and Chazerot, and Di-Zahav.” (1:1)

Rashi z”l explains that some of the words and phrases in this verse are not the names of places; rather, each of them alludes to a sin that Bnei Yisrael committed over their 40 years in the desert. He writes: “Di-Zahav” means “sufficiency of gold,” i.e., Moshe rebuked Bnei Yisrael regarding the Golden Calf, which they made as a result of having an abundance of gold, as it is written, (Hoshea 2:10) “And silver I did give them in abundance, and gold; they, however, made it into an idol.” [Until here from Rashi]

R’ Shaul Alter shlita (formerly Rosh Yeshiva of Yeshiva Sfas Emes in Yerushalayim) asks: The Golden Calf was the first sin that Bnei Yisrael committed after receiving the Torah. Why is it listed last in our verse?

He answers: Had Moshe rebuked Bnei Yisrael for the Golden Calf first, they would have retorted: “We made the Golden Calf for the sake of Heaven! Moshe Rabbeinu, the intermediary between us and Hashem, was presumed dead, so we made a new intermediary.” Therefore, Moshe rebuked them first for those things that were unquestionably sins. Then, he brought up the Golden Calf, as if to say: “Now that we see how far from holiness you were–rudely demanding water, speaking Lashon Ha’ra about Eretz Yisrael, sinning with the daughters of Moav–let us revisit the Golden Calf and acknowledge that, in truth, it was not motivated by a desire to connect to Hashem.” Such retrospection, adds R’ Alter, is applicable not only to that generation, but to every person. (Ivra De’dasha)

R’ Yehuda Leib Chasman z”l (1869-1936; rabbi and Rosh Yeshiva in Lithuania; Mashgiach Ruchani of the Telz and Chevron Yeshivot) comments on the Rashi quoted above: It is amazing! The Generation of the Desert was so conscious of its sins that Moshe Rabbeinu did not even need to mention the sins in order to rebuke the people; a hint or allusion, such as a place name or a phrase, was sufficient.

R’ Chasman continues: In contrast, this week’s Haftarah reveals how far the Jewish People had fallen by the time of the prophet Yeshayah. We read (Yeshayah 1:3), “An ox knows his owner, and a donkey his master’s trough; Yisrael does not know, My people does not reflect.” The prophet bemoans that we, who were created in the “image of G-d,” are now not even comparable to an ox or a donkey, for we do not use our ability to reflect, which is what distinguishes us as humans. R’ Chasman writes: What worth does a sleeping person have? Only that, when he wakes up, he will be able to think and reflect! If we do not use that ability, then what are we worth? (Ohr Yahel III, “Ma’alat Ha’adam – Ha’hitbonenut”)

“Only Calev son of Yefuneh–he shall see it, and to him shall I give the Land on which he walked, and to his children, because he followed Hashem wholeheartedly.” (1:36)

Calev was not the only one of the Spies who delivered a good report and merited to enter Eretz Yisrael; Yehoshua bin Nun did, as well. Why, asks R’ Aharon Lewin z”l Hy”d (the Reisher Rav; killed in the Holocaust), is Yehoshua not mentioned in our verse? Indeed, R’ Lewin notes, there seems to be a pattern. Whenever the incident of the Spies is related and the Torah also speaks of receiving a portion in Eretz Yisrael and bequeathing it to one’s children, only Calev is mentioned, not Yehoshua. When the incident of the Spies is mentioned in other contexts, Yehoshua is referred to alongside Calev.

R’ Lewin explains: The Gemara (Megillah 14b) relates that Yehoshua had no sons, only daughters. As we know from recent Parashot, when a man has no sons, his daughters inherit his land. However, says the Gemara (Bava Batra 119a), Hashem intentionally did not teach this law until the daughters of Tzelofchad requested a share in the land, so that they would have the merit of having this law taught through them. It follows that, at the time of the incident of the Spies, many years earlier, the fact that Yehoshua’s daughters would inherit his property had not yet been revealed. Indeed, Hashem did not want it to be known yet. Accordingly, the Torah is “unable” to mention in the context of the incident of the Spies that Yehoshua’s children will inherit his portion and, therefore, only Calev’s children are mentioned. (Ha’drash Ve’ha’iyun)

The Gemara (Ta’anit 29a) teaches: When the first Bet Hamikdash was destroyed, it was the Ninth of Av, it was Motzai Shabbat, and it was the year after a Shemittah. Why the Ninth of Av? Because that was the date on which Bnei Yisrael cried over the Spies’ false report. Hashem said: “You cried for nothing today?! In the future, you will have a reason to cry on this day! [Until here from the Gemara]

R’ Zev Hoberman z”l (1930-2012; educator and prolific author) writes: We are taught that important things do not occur randomly. Thus, there must be some significance, as well, to the fact that the Bet Hamikdash was destroyed on a Motzai Shabbat in the year after a Shemittah.

He explains: Shabbat is a microcosm of Olam Ha’ba. Regarding Olam Ha’ba, we read (Yeshayah 2:11), “Hashem will be exalted alone on that day.” Shabbat and Shemittah share this characteristic. How so?

R’ Hoberman writes: Hashem is our “Melech” / “King” (Mem-Lamed-Chof). Each of the agents He created to carry out His commands is called a “Mal’ach” / “angel” (Mem-Lamed-Aleph-Chof). Mal’ach has the same letters as Melech, plus a letter “Aleph.” This indicates that, despite its apparent powers, an angel is not a king; rather, it is a subject of the “Aleph” / “The One.” Indeed, on the first day of Creation, there were no angels; then, as will be in Olam Ha’ba, Hashem was exalted alone.

On Shabbat, “Melachah” / “work” (Mem-Lamed-Aleph-Chof-Heh) is prohibited. Note the shared letters of Mal’ach and Melachah. On Shabbat, we refrain from work and thereby acknowledge that our efforts do not determine the world’s, or our own, fate. Thus, on Shabbat, as at the time of Creation, Hashem is exalted in His “Aloneness.” For this reason, Shabbat is called (Shmot 20:10), “A Shabbat for Hashem.” For similar reasons, Shemittah also is called (Vayikra 25:2), “A Shabbat for Hashem.”