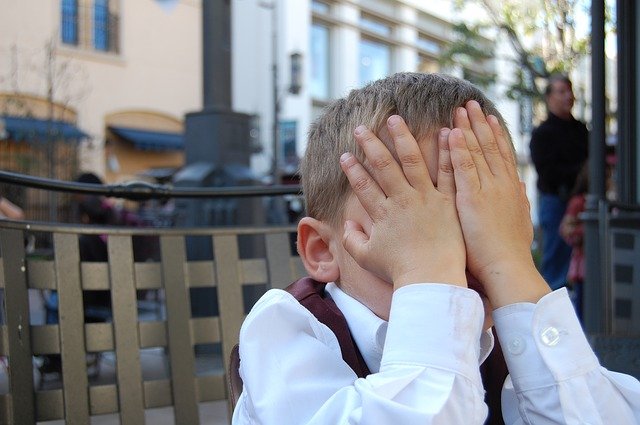 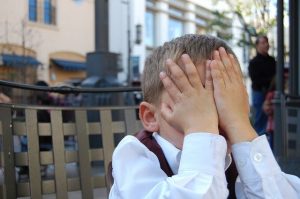 In Parshas Vayigash, when Yosef first reveals himself to his brothers with the words, “Ani Yosef”, “I am Yosef” (45:3), the Shvatim became disoriented out of the shear embarrassment and shame that they experienced at that moment. In fact, the Midrash Tanchuma (Vayigash, 5) says, that their Nishamos momentarily departed from them, while they found themselves unable to answer back to Yosef. Rav Yochanan continues to apprise us, that if such was the reaction of the brothers to Yosef, how much more so will be our embarrassment when we are confronted by Hashem in the next world!

At this point, it is worthwhile for us to contemplate and gain a greater clarity as to what will be the focus during those initial moments of revelation in the next world? One would likely assume that the great shame will be a result of all of our misdeeds. Yet, we find ourselves daily asking of Hashem to avoid a completely different type of embarrassment in the next world…

In the Brocha of Ahavah Rabbah, we ask, “…v’ha’er eineinu beSorasecha, v’dabeik libeinu b’Mitsvosecha, v’yacheid livaveinu l’Ahava ul’Yir’ah es Shimecha, v’lo neivosh l’olam va’ed…”. If someone would have asked us to insert these same words, “and we should not be embarrassed in the next world” into our tefillos, we would probably place them after such iniquities as loshon horah, brazenness and the likes. It would be in such cases that we would think to ask Hashem for a reprieve from future embarrassment. However, we find that Chazal placed it after we ask for such lofty ideals, such as to enlighten us in Your Torah, to have us cling to Your Mitzvos, and to unify our hearts to love and fear Your Name! Why will it be specifically if we are lacking in these great ideals, which might be the ultimate cause of dishonor for us?!

We may answer this based upon a mashal which Rav Avigdor Miller zt”l had once said. A man with much merchandise had once hired a truckdriver to transport his wares from New York to Los Angeles. After two weeks, the truck driver pulled up to the destined warehouse in California, upon where he met up with his employer. As soon as he saw him, the truckdriver exclaimed, “Boss, you will be very happy with my trip. I did not have any accidents or get even one speeding ticket; everything went smoothly, without even one incident!” The boss replied, “Great! Now let’s see the merchandise.” He went around to the back of the truck, opened it up, and to his dismay — it was empty!! The driver, white as a ghost, turned to his boss, saying, “I completely forgot to take the goods with me!”

Most certainly, we need to avoid pitfalls in this world. If one is caught up in negative behaviors and sinful actions, then he will find it very difficult to begin a career of serving Hashem. However, from the above story, we may glean that our main purpose in this world is to fill our ‘trucks’ with spiritual merchandise! For we are in this world for the function of accomplishment, rather than to merely withhold ourselves from iniquity.

Now we can understand why it is that Chazal placed these words of asking to be spared from eternal embarrassment, precisely after asking for our growth in Torah and Mitzvos and gaining a closer connection to Hashem. Since, this is the great reason why we are here in this world. Therefore, the one who doesn’t show any accomplishment when he enters into the next world, will likely feel a great amount of embarrassment and shame.

This leaves us with a dilemma. Surely, we can say on ourselves that we are achieving something; even if what we do is equivalent to merely filling ‘small bags’ of Torah and Mitzvos, Yir’ah and Ahavas Hashem. However, we certainly can not claim to have an ‘oversized load’ being brought to Shomayim! So, why would we still not be embarrassed to come before the heavenly throne with the pitiful little that we have gathered together? We may answer this with a greater understanding of a part of our Shemone Esrei.

In the brocha of Al Hatzadikim, we beseech Hashem “v’sain sachar tov lechol habotchim biShimcha b’emes, v’sim chelkeinu imahem, v’lo neivosh, ki vicha batachnu”. The wording here is somewhat perplexing. For, we first ask Hashem to fulfill our request to adequately reward those who have authentic trust in Him. Then, we ask Hashem to also give us a share with them. This implies, that although we are not deserving of it as are the ones who truly trust in You, we do not want to suffer the shear embarrassment of the next world. Therefore, we send our petition in to Hashem, “v’sim chelkeinu imahem, v’lo neivosh” — “set our portion with theirs, so that we should not be shamed”. Yet, we then end off with the words, “ki vicha batachnu”, “since we have trust in You”. This sounds like we do have our own merit to rely upon. It seems from this last statement as though we do have full trust in Hashem! What then, did we mean before?!

We may answer, that there is a concept (see Mishna in Makkos 5b) of a person being “secondary to those who are performing the mitzvah” (“nitfal l’osei mitzvah”). This means that although a mitzvah may be primarily achieved by one person, if a second person has a sincere desire to join in, he may do so. Although his performance of this mitzvah is surely less strong than the main person, Hashem gives the secondary person credit, as though he too, was the primary person doing this mitzvah.

This may be explained to mean, that this outsider had such a strong desire to be a part of the mitzvah, which he so expressed by joining in to it. Therefore, Chazal let us know that such a sincere longing for the mitzvah, is in itself a reason to give him credit for doing it.

This, perhaps, is what we mean when saying the words “ki v’cha batachnu” in our tefillos. Of course, we do not consider ourselves to be on such lofty levels of Bitachon, as are the genuine tzaddikim who are “botchim biShimcha b’emes”. However, we can possibly say for ourselves, that we have a strong desire to attain such a closeness with Hashem. This, then is what we mean to say, “ki v’cha batachnu”, that our sincere ratzon, together with doing whatever we could, is considered like we completely fulfilled the mitzvah.

Our salvation from shame in the next world, then, would be when we express our sincerest desire to continue sending as many ‘pekalach’ up to shomayim. Although we may not be on the loftiest heights in serving Hashem, however, we certainly aspire for such levels. This, we ask of Hashem, should be what saves us from the ultimate shame of the next world.