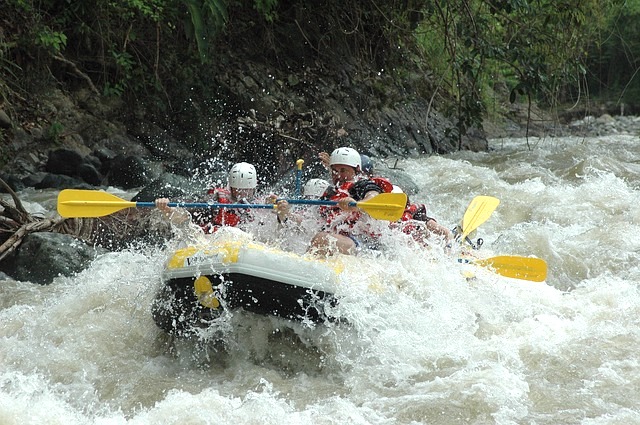 Struggle as an End in Itself 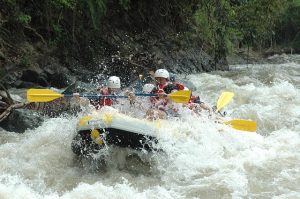 In Parshas Vayakhel, all of the vessels of the mishkan and the mishkan itself are fashioned. Pekudei, completes the Sefer of Shemos. Pekudei, meaning counting, refers to the calculation and the accounting done by Moshe for all the materials gathered. The parsha and sefer conclude with the Holy Shechinah, the Presence of Hashem, filling the mishkan.

“Eleh Pekudei haMishkan, these are the countings of the mishkan, the mishkan of testimony, that were counted by Moshe (38:21).” Rashi points out that the word mishkan is mentioned twice in this pasuk as an allusion to the two Temples that were destroyed by the sins of Yisroel.

The Kli Yakar explains the connection between this churban (destruction) and the counting of the materials following the completion of the mishkan. As we’ve mentioned previously, the mishkan exhibited that the Cheit HaEgel, the sin of the golden calf, had been forgiven. We had sinned by saying: “Eleh Elohecha Yisroel– these are your gods Israel”, in reference to the egel. Our forgiveness took the form of “Eleh Pekudei– these are your countings” of the mishkan (Ohr HaChaim). “Eleh” atoned for “Eleh“.

We had deserved to have been destroyed. Hashem was willing to accept a ‘mashkon‘, collateral, in our place. The sin wasn’t completely forgiven in the sense that it would be ‘erased’. Rather, if we wouldn’t return to ‘sins of the egel’, we would not be punished. If we would return, then we would be punished for that sin and for the egel! As the pasuk (32:34) states: “Uv’yom pakdei, u’pakadti aleyhem chatasom– And on the day of accounting (for that sin), I will also account for their sin (the sin of the egel).”

What would that accounting be? In place of bodily destruction, the ‘mashkon‘, the collateral of the ‘mishkan’ would need to be collected. On the day of “pakdei u’pkadti“- I’ll account for their sin, Hashem will demand the payment of the “pekudei haMishkan“- the mishkan itself.

Immediately, upon completion of the mishkan, we needed to have a very clear cognizance of what was necessary in order for us to merit keeping that mishkan. “Eleh pekudei- mishkan, mishkan.” Make sure that “Eleh” atones for “Eleh” in order to avoid the “mishkan, mishkan”, the destruction of our Temples.

When it was time to actually erect the mishkan, the weight of the krashim, the wooden uprights, made the task virtually impossible. They brought it to Moshe. He asked Hashem how it was possible for a human being to erect it. Hashem told him to try as hard as he could- you do your part. It will appear that you are lifting it, but, in fact, they will stand up on their own.

Whereas in the physical realm, the effort expended is only worthwhile if the end is obtained, in the spiritual realm, the struggle is an end, in and of itself.

The Chofetz Chaim explains with a mashal, a parable. A person approaches a tailor and commissions him to sew a suit. A price is agreed upon and a date is set when it should be ready. On that date, the customer arrives with the agreed upon sum. As the tailor bemoans the difficulties endured in sewing the suit: his wife having given birth, his children having been sick, a shortage of thread, needles breaking, the customer listens very sympathetically. Until… the tailor tells him that he’s going to have to charge more than had been agreed upon. At that point his sympathy turns to indignation and he refuses to pay an additional cent for that suit.

In the physical realm, people work and don’t receive reward for the work, only for the finished product. The person who sweats for the ‘B’ doesn’t rate with the student who effortlessly receives an ‘A’. The salesman who makes a few easy lucrative sales earns a high commission, while the one who spent days on the phone but couldn’t ‘close it’, receives nothing. They work hard and don’t receive reward. In the spiritual realm, we are rewarded for the effort. Success is not necessarily within our reach- effort is always within our grasp. We work and receive reward for the work! The end product, that is in Hashem’s hand, not ours.

The story is told of a student in the Chofetz Chaim’s kollel. The yeshiva had covered 23 daf (pages) of a certain gemara. This student, who had a very difficult home situation, was lagging far behind. One day the Chofetz Chaim approached him and asked which daf had he reached. The student shamefacedly answered that he was on the third daf. It seems the Chafetz Chaim didn’t hear him correctly- he exclaimed in shock, “daf 103?!?!, that’s incredible, especially with your difficult personal situation!”.

This, of course, had only aggravated the situation, but the student, being an honest person, took a deep breath and said, “Rebbe, I’m at daf 3…. not 103”.

The Chofetz Chaim looked him in the eye and said, “I know! I heard exactly what you said! Chaza”l say that one measure, completed with difficulty, equals 100 measures completed with ease! Here we say you’re on daf 3, but in the heavens they credit you for being on daf 103!”.

Whether it’s learning, chesed, tzedakah, minyan, davening, tfilin or shalom bayis. In whichever aspect of the spiritual we are dealing and struggling, we must realize that it is the effort for which we are measured. We work and receive reward!

Moshe expended his complete effort to erect the mishkan. Although it then stood miraculously, he was credited for having done it. We work and receive reward!

As we complete the Sefer of Shemos, we are, according to the Ramban (1:1), completing the Sefer of Exile and Redemption. The ultimate redemption is reached in the final pasukim (40:34) with the Shechinah filling the mishkan. That connection between man and his Creator, the very purpose of the creation of the universe.

In our Shmone Esrei tfilah, the brachos of ”go’el yisroel“, He redeems Yisroel, and “boneh Yerushalayim“, He builds Yerushalayim, are in the present, as opposed to the future tense. The Siddur HaGr”a explains that we’re not simply asking Hashem to redeem us and build Yerushalayim. We are stating our firm belief that every event and incident that we as a nation experience, is part of the redemption process. It’s part of the building of Yerushalayim.

Let us each expend our best effort in whichever area of avodas Hashem we are dealing. Never measuring our achievement against those of others, but rather against our knowledge of what we ourselves are honestly able to do. May each of those battles play a major role in the ongoing process of the redemption of our people and the building of our glorious city.