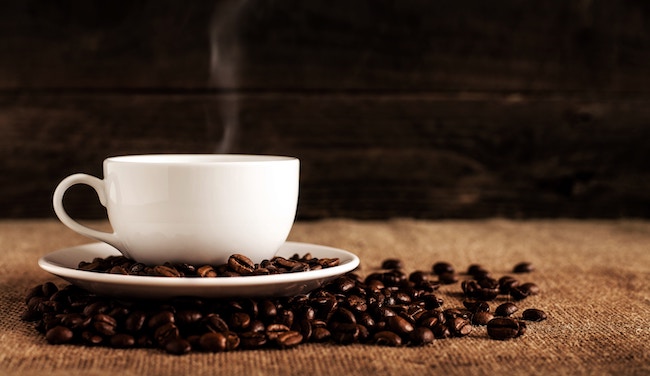 The Power of “Good Morning” 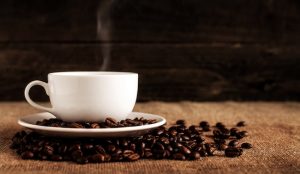 This week’s parsha, Vayechi, concludes the Book of Breishis, also known as the Sefer Yetzira (The Book of Formation). The Ramban explains that it’s called this because it consists of 1) the formation of the world and 2) the happenings of the Forefathers which ‘formed’ and shaped the future destiny of their descendants.

“Va’y’chee Yaakov” – And Yaakov lived – “b’eretz Mitzraim shva esrei shana (47:28)” – in the land of Egypt for seventeen years. These were joyous, anguish free years for Yaakov, having been reunited with his beloved son Yosef. The Baal Haturim points out that Yaakov lived this type of existence only during the first seventeen years of Yosef’s life, until Yosef was sold, and for the last seventeen years of his own life, after having been reunited with him. This total of thirty four years is contained within the gematria (numerical value) of the word “va’y’chee” – and he lived – (vav = 6, yud = 10, ches = 8, yud = 10) – the essence of Yaakov’s ‘life’.

Seeing his strength ebb, Yaakov summons his twelve sons to bless them before his death. Yehuda was ordained with the blessing of ‘malchus’ – the royal lineage until the coming of the Moshiach. Yaakov also prophesied of the abundance that the portion of Yehuda would contain. “Chachlili einayim miyayin” – the eyes will be reddened from an abundance of wine – “u’l’ven shinayim maichalav (49:12)” – and the teeth whitened from an abundance of milk.

The Talmud (Kesuvos 112B) offers an alternative understanding. It is greater to ‘whiten your teeth’ to a friend (“u’l’ven shinayim”) than to give him milk to drink (“maichalav”). The power of a smile! Often it is both the easiest and the greatest gift that we can offer.

The Mishna (Avos 4:15) states that one should always endeavor to initiate a greeting. The Aley Shor explains that to return a greeting is ‘derech eretz’ -proper respect – but to initiate a greeting is “hazrachas shemesh” – sunshine! The Torah wants us to know, he writes, that everyone is waiting and hoping for this little bit of ‘sunshine’. It is each and every person’s responsibility to, as much as possible, illuminate the lives of others.

A small infant already differentiates between a smile and a frown. A smile prompts the glow of his delight. An angry face brings almost immediate tears. I believe that studies have shown that a healthy, cheerful, nurturing environment contributes at least as much to a child’s well-being and development as does proper eating and nutrition.

Everyone needs this sunshine of a friendly and encouraging smile. Spouses need it to maintain and build on their relationship. Children (of all ages!) bask in the glow of a parents proud smile. The mood of parents often depends on a smile, or lack of one, from their children. Friends, acquaintances, teachers, students, bosses, workers all need this to coexist happily and productively.

A person’s face has been called a ‘rshus harabim’ – public property. We all have issues that we are dealing with and often a dour expression is a true representation of our feelings. At the same time, how often is our own mood spoiled by seeing such an expression on the face of another… The strength that it takes to assure that our problems don’t become someone else’s…

The story is told of Rav Avrohom Grudzinsky, a close talmid (disciple) of the Saba of Slabudka, who toiled for two years to acquire this attribute of a smiling countenance. All those who saw him, throughout the many different hardships that he endured, testified as to the beautiful, radiating smile that adorned his face. Even during the torturous years spent in the ghetto, his face was aglow while his heart mourned.

On a Friday in Yerushalayim one has many opportunities to give charity to others less fortunate than ourselves. Normally, in our rush to accomplish the many pre-Shabbos errands, a few coins are blindly dropped into a cup, accompanied by a mumbled wish for a good Shabbos. One time, having noticed a despondent look on the face of an elderly man collecting charity, I paused as I handed him the coins. Looking into his eyes I smiled, asked him how he was feeling, and then, shaking his hand, I warmly wished him a good Shabbos. The transformation that took place in this man was incredible. He didn’t want to let go of my hand! He literally followed me out of the bakery, holding my hand, thanking and blessing me. I was very moved by this encounter as I realized that the relatively small mitzva of giving a few cents to charity could be increased exponentially by a simple smile and a few kind, caring words. [The Gemorah in Bava Basra (9b) quotes Rabbi Yitzchak who says “A person who gives a prutah (the smallest coin) to a poor person is blessed with six blessings, but a person who verbally appeases a poor person is blessed with eleven blessings.”]

So often, what really matters isn’t necessarily what we do or how much we do but rather the way we do it. We’ve discussed before that often, many aspects of our acts are beyond our control. However, our attitude and the way we do things is clearly within our control.

The Talmud (Kiddushin 31A) teaches that a person can feed his father plump chicken and be punished and a person can have his father work grinding a mill and earn reward in the world to come. Rashi quotes the Talmud Yerushalmi which illustrates each case with a story. A son was feeding his father plump fowl. When his father asked him where he was getting it from, his response was, “Old man! What do you care? Just be silent and swallow!”. Another son was employed as a flour grinder and thus would support his family and his elderly father. When his father was drafted into the king’s service, he volunteered to go in his place. The father took over his position as the flour grinder. As we said, it’s not necessarily what we do but how we do it.

Hasidic Tales of the Holocaust tells of a well-to-do Chasidic Rabbi who would take a daily morning stroll. It was his custom to greet every man, woman and child that he encountered on his way with a warm smile and a cordial “Good morning”. Over the years he became acquainted with many of the townspeople and he would greet them with their proper name and title.

When the war began, the strolls abruptly ceased. The rabbi lost most of his family in the Treblinka death camp and he, after great suffering, was sent to Auschwitz. One day, during a selection at Auschwitz, the rabbi was lined up with hundreds of other Jews. A wave of a finger to the right or left would determine if one would live or die. Suddenly the rabbi felt an urge to see the man who was deciding the fate of so many. He lifted his eyes and heard his own voice pronounce: “Good morning Herr Muller!”. “Good morning, Herr Rabbiner”, responded the voice of the S.S. man. The hand signaled to the right – to life. The next day, the rabbi was transferred to a safer camp.

A sincere and heartfelt “Good Shabbos”!