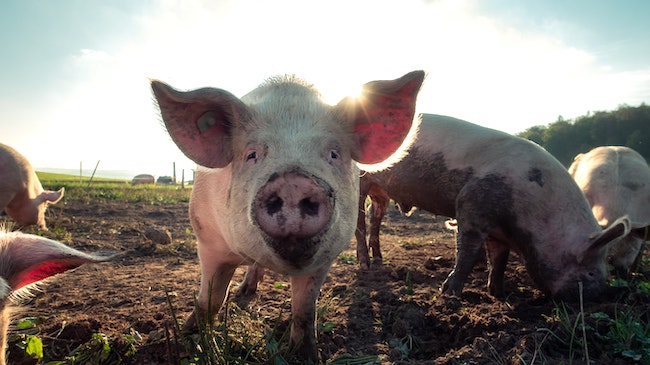 Victory Over the Animal Within 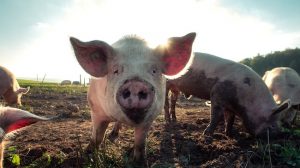 This week we begin Sefer Vayikra, the Book of Leviticus, with Parshas Vayikra. “Vayikra el Moshe (And Hashem called to Moshe) [1:1]” and instructed him in regard to the many varying karbanos (sacrifices).

“Adom ki yakriv me’kem karbon la’Hashem (a man when he will bring a sacrifice to Hashem) [1:2]”. “Nefesh ki secheta… (a soul when he will sin…) [4:1].” We knew that man, during his stint here in this world, is a strange composite of two very different sort of beings. We are comprised of an “adom (physical being)” – formed from the “a’da’mah (the earth)” – with its earthly desires and influences on the person; and a “nefesh (spiritual being)” – a “chelek Elokah mi’ma’al (a portion of Hashem from above)” – with its heavenly aspirations and influences on the person. Upon death, each temporarily goes its separate way. The body returns to its earthly source to await its ultimate rebuilding and reward at the time of t’chiyas ha’meisim (resurrection of the dead). The nefesh (soul) returns to its heavenly source where it reconnects with Hashem, drawing the power and purity it will need to, in turn, purify and elevate the guf (body) at the time of t’chiyas ha’meisim.

With this in mind, Rav Leib Chasmon in his classic work, Ohr Yahel, points out a very strange aspect of the possukim (verses) quoted above. We know that our `adom’ pulls us to sin. Our `nefesh’ thirsts for the spirituality it once had and inspires us to draw close to Hashem. Why does the possuk, when discussing the bringing of the karbon, the act which brings a person close (the root of the word karbon is karov, meaning close) to Hashem, refer to the adom, the physical man! Furthermore, when it discusses the act of sinning, the influence of the adom, it refers to the nefesh?!

Rav Leib explains that the Torah is impressing upon us the accountability of these two strange bed-fellows. Wherever we turn, wherever we go, they are both there! The mal’ach (angel) and the pig… We can’t leave home without them! When we go to sin, it is the “nefesh ki secheta… (a soul when he will sin…). The angel comes along. He gets dragged down into the mud. It’s worse than having grandparents come along! At the same time, when we draw close to Hashem, when we bring a karbon, it’s the adom who is right there in tow. It too becomes uplifted and inspired.

When we are in an uplifted state, when we have a clear and true perspective of the world in which we temporarily live, we can’t even imagine doing something contrary to that understanding. How could I?! I know what’s right! The nefesh, in its time of glory, forgets its sidekick… It is at that time of his’o’r’rus (being uplifted) that a person must realize how easily he vacillates from side to side. He must try to inculcate those feelings to the point that they will never be extinguished.

The Talmud [Shabbos 88] teaches that when Bnei Yisroel (the children of Israel) where at their highest point, when we stood at Mount Sinai and individually heard the word of Hashem, He held the mountain over our heads. If you’ll accept the Torah, all will be well. If not, this will be your burial place! Huh?! At such a point of prophetic clarity did we need to hear such a threat?

You can’t reason with a pig. The clearest arguments won’t get you past an `oink’. The earth shattering revelation, the like of which has never been duplicated, was totally lost upon the adom. It had to be spoken to in its language. The language of a two-by-four. Without the Torah you are dead. No poetic terms. No cushioning of the facts. Dead.

How can one keep this focus and make it through those times when the pig seems to be running the show?

“Vayikra el Moshe (And Hashem called to Moshe) [1:1].” The last letter of the word vayikra, the `aleph’ is small. Moshe, in his humility, wanted to write `vayikar’ instead of `vayikra’. `Vayikar’ would mean that Hashem `happened to’ call Moshe. Implying that it was not a commonly occurring event. He happened to call him. This, in fact, is the term used when Hashem called Bilaam. Hashem insisted that Moshe write the full word `vayikra’ – clearly showing the true relationship between them – but allowed him to write the `aleph’ smaller than the other letters.

Moshe was the most humble of all men. How was this possible? He knew that he was Hashem’s ‘number one man’. He performed the miracles of the plagues, he took us out of Mitzraim, he split the sea, he brought down the Torah, etc. How was he humble?

The greater understanding that one has of Hashem, the greater the realization of one’s own deficiencies. Moshe, with his clear perception of Hashem, felt Him there at all times. He realized that he was nothing before Hashem. “Shivisi Hashem l’negdi tamid (Hashem is always before me).” He feels Hashem with him. He feels the mountain over his head. To whatever degree a person feels and realizes that, to that degree he will be in control of his `adom’.

Many years ago I had the privilege of visiting one of the tzidkonios (righteous women) of Yerushalayim, G’veret Esther Segal. Her main advice to me was to involve Hashem in my day-to-day activities far beyond the regular t’filos (prayers). Throughout the day, whenever things were not going the way that I wanted them to, she advised me to call out to Him. “Abba a’zor lee (Father, help me)”, was to be constantly on my lips. I can’t say that I’ve personally been very successful, but that is clearly the way to control the pig.

`Hasidic Tales of the Holocaust’ tells a story which is so troubling that perhaps, it should not be read on Shabbos. It’s a story of a person who would not lose focus. Who was able to keep his mal’ach (angel) firmly in control, even as he was surrounded by the piggest of pigs.

Reb Hirsch Kaminetzer was a talmid (student) of the Chofetz Chaim in his Yeshiva in Radin. Day and night he was immersed in his Talmud. Close to the age of fifty he married a younger woman named Rivka from Brisk. In 1941, when the Germans occupied Radin, they were blessed with their first child, a son.

When the ghetto was formed, their house stood on the border. As such, it became a shelter for many illegal residents, among them was sixteen year old Zvi Michalowsky. As may 1942 approached, they received advance warning of the ghetto’s liquidation. Reb Hirsch, his wife and his son escaped under the cover of night.

They hid in the forest, surviving on berries and mushrooms in the summer. In the winter, when snow covered the ground, Rivka would go to nearby villages and beg food from the local Tatar farmers. Reb Hirsch and his son would remain in the underground shelter they had dug, studying the wisdom of our sages. Thus they survived for nearly a year until one day, Polish farmers killed Rivka and the child as they were begging for food.

Zvi, by then a young partisan, heard that Reb Hirsch was still alive and of the tragic fate of his family. He took eggs, butter, bread, cheese, warmly lined pants, boots and other items and went to search for Reb Hirsch in the forest. When he found him he could not believe his eyes. Reb Hirsch looked like a living corpse. An emaciated pale face covered with sores and a body clad in rags. Only his eyes were shining like two burning coals. Zvi tried to give him the food and warm clothing. Reb Hirsch looked at him and asked: “My dear friend, Zvi, tell me the truth. How did you obtain these items? Forgive me for my question. Did you take them by force from the Polish farmers? Our holy law forbids us to steal from our fellow men.” Zvi assured him that he hadn’t robbed or taken the items by force. Only then did Reb Hirsch put a morsel of food between his parched lips and put the boots on his frozen feet.

Weeks later, Zvi found Reb Hirsch’s naked body. He had been killed by local farmers. His clothes and boots had been stolen.

Long after those clothes and boots of the pigs had been worn into oblivion, the lofty, resplendent spirit of Reb Hirsch still shines with eternal brilliance.