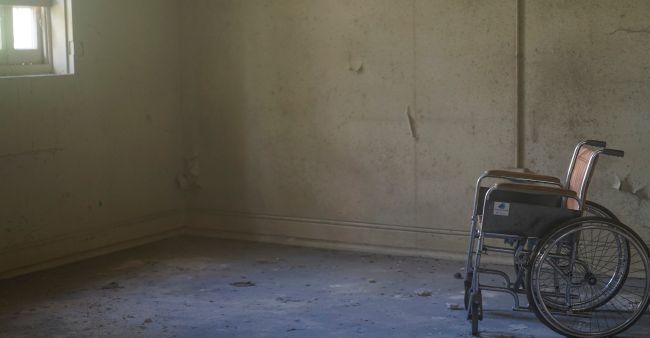 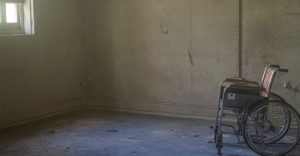 This week we read the parsha of Vo’aira. “And Elokim spoke to Moshe saying: I am Hashem. Vo’aira {And I appeared} to Avrohom to Yitzchak and to Yaakov… [6:2-3]”

Last week’s parsha ended with Paroah’s decree that the same amount of bricks must be produced even though he’d no longer be supplying the straw. When the Jewish taskmasters were unable to extract this unrealistic quota from the workers under them, they were brutally beaten by their Egyptian overseers. When these taskmasters complained to Paroah, he responded that they must have idle time on their hands if they’re asking to go sacrifice to their G-d. Paroah, in other words, shifted the blame for their predicament onto Moshe. These taskmasters then approached Moshe and directed their bitter frustration and anger toward him.

At that point, Moshe turned accusingly to Hashem asking: “Why have you dealt evilly with this nation?”

In life we are often either faced with or hear about situations which seem so unfair, so undeserved. Tragedies which appear to be acts of heavenly cruelty. We too will voice, if in unspoken terms, those same painful and angry accusations.

Let’s use Hashem’s response to Moshe, found at the start of this week’s parsha, as a springboard toward gaining an understanding of some of these sorry predicaments.

We discussed a few weeks ago [Parshas Va’y’chee] that, besides the clarity reached by Yaakov at the time that he was reunited with Yosef; the clear understanding how all apparent judgment is actually divine kindness will not be reached until the time of the ultimate redemption.

However, finding meaning and purpose in even the most trying of situations can, I think, help tide us through until that point when absolute clarity will be reached.

People endure debilitating illnesses and devastating accidents. Life as they knew it will be irrevocably altered. It’s difficult to find reason to carry on.

The Talmud [Sanhedrin 101A] relates that the renowned sage, Rabbi Eliezer, became gravely ill and was visited by four of his students, each already a great sage in their own right. Each tried to comfort him by depicting his importance to Klal Yisroel.

“You are more important to your people than the rain,” began Rabbi Tarfon. “The rain only brings sustenance in this world whereas Rabbi’s teachings sustain us in this world and the next.”

“You are more important to your people than the sun,” added Rabbi Yehoshua, “as the sun only serves in this world, whereas your teachings illuminate both this world and the next.”

“You are more important to your people than their fathers and mothers,” was the homage that Rabi Eliezer the son of Azaryah paid him. “Parents only bring a person into this world whereas your teachings bring us both this world and the next.”

Rabbi Eliezer didn’t respond to any of their praises.

When Rabbi Akiva spoke simply and to the point, saying that “Suffering is precious,” Raabi Eliezer finally responded, asking to be helped to sit so he could better hear the words of his student Akiva.

Rabbi Abraham Twerski explains that Rabbi Eliezer had become despondent as a result of his disabling disease. The reminders of his past accomplishments only served to exacerbate his feelings of futility about the present. He knew he had been useful in the past but was grappling with the purpose that his life could now serve.

Rabbi Akiva’s insight was piercing. A person is obligated to do no more than that which he is capable of doing. When you were able to teach, that was your divine assignment. If your illness has taken away that capability, then it is no longer expected or needed from you. Your assignment now is to accept your suffering with poise and trust and to thereby set an example for others. Your teaching had been precious and now your suffering can also be precious.

Rabbi Twerski tells of a patient of his, a woman in her forties. She would have been in the prime of her life had multiple sclerosis not ravaged her body, leaving her in excruciating pain while being confined to a wheelchair. She was in a state of listless depression, knowing that she was unable to care for herself, never mind her children.

“What is there to say doctor,” she said to him in a voice filled with emotional pain. “I have no reason to live. I’m stuck in this wheelchair and I can’t perform the simplest task for myself. Why is G-d keeping me alive? Doctor, why?”

Tormented by her situation, Rabbi Twerski consulted with his father. “This woman has a purpose if she can accept it. That is to live in her present state and offer her family and loved ones the wherewithal to care for her, comfort her and perform those deeds that will keep her life going. You can only help her accept that-you can’t cure her.”

Rabbi Twerski began to approach her with a different attitude. Not as a sorry, helpless victim but as a model of and testament to human courage and dignity. Over time she began to absorb this respect, no longer wallowing in bed, but rather, rolling down the hallway, joking with the nursing staff.

It was clear how much progress had been made when he walked into the room and found her two sons visiting. The love and care that each felt for the other was palpable.

A year later, Rabbi Twerski received a Chanukah card from her with a picture of the whole family. She in her wheelchair, surrounded by her loved ones.

There is meaning and purpose in every situation in which Hashem places us. Were that not the case, Hashem would not have placed us there.

Every moment of life offers its unique opportunity, its gift of kindness.