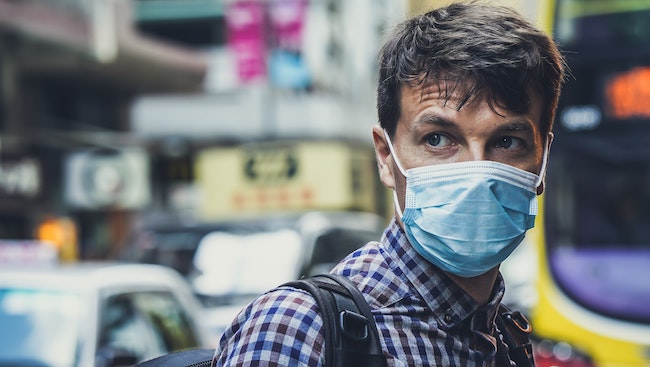 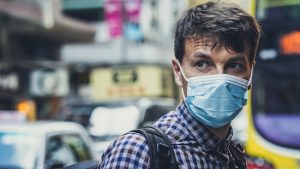 Command Aharon and his sons, saying, “This is the law of the burnt offering…” (Vayikra 6:2)

IT IS HARD to live constantly aware. It is very taxing and often quite overwhelming. We have a difficult enough time just consciously focusing on the really important matters in life, let alone the everyday ones as well. Thank God for the unconscious mind…which basically handles about 80-90 percent of a person’s day!

That makes it sound as if most people are sleepwalking. Sometimes it really feels that way, as when you’re walking down the road and you accidentally bump into someone or something and it feels like you just woke up. I don’t know if anyone has ever counted how many words there are in Shacharis, Mincha, or Ma’ariv, but I can tell you, unless I really make an effort, I am barely conscious of most of them.

That’s why life becomes so much more exhilarating when we think we hear a suspicious noise at night, or we have a near car accident. People actually pay good money to be willingly terrified and call it “amusement”! It shouldn’t be called an “Amusement Park.” It should be called a “Welcome Back to Life Park.”

The incredible thing is that, if most people live mainly on autopilot in most generations, that makes most of history on auto-pilot. You have to wonder how God feels about that. You can bet that He didn’t make all of Creation just for masses of people to float from moment to moment in a low state of consciousness.

Now, if you ask the average person who is not sleeping if they are awake, they will look at you funny and  ask you, “Are you? Can’t you see my eyes are open, and that I’m moving around doing stuff?”

Yet, if you were to ask them if they saw something that occurred right in front of their eyes, they would probably have to say no. There are experiments that make this point, much to the surprise and even shock of the participants.

I mean, I am constantly surprised how, within seconds of saying a blessing, I can’t recall it. I remember thinking to myself, “I need to make a brochah,” and then preparing to say it. And yet shortly after, I will be on the other side of the moment after I could have said it, but don’t recall with certainty if I did. It is not so uncommon to be asked by someone else, “Did you hear me make my brochah?”

They used to ask the question, “If a tree falls in a forest and there is no one to hear it, does it make a noise?” I’d like to revise that for the purpose of this essay: If a person experiences something on an unconscious level, is it called a “life experience”?

I guess it comes down to what a person calls “life.” If life is merely having your most important bodily functions working, then who needs consciousness? But if “life” is defined by level of consciousness, then experiencing any of it on auto-pilot doesn’t really count as a life experience. From that perspective, not too many people will have many of them compared to the amount of years they might live.

The Talmud kind of alludes to this idea when it says that a person only sins when a spirit of insanity enters them (Sotah 3a). After all, who in their right might would anger the Master of the Universe and Source of their every breath? Only a “crazy” person!

Okay, not actually crazy, but certainly someone out of touch with reality. In fact, how many times have we done something without much concern, only to learn of the consequences later and ask ourselves, “What was I thinking?” And those are only the times that we became conscious of the need to ask the question…

In recent times, the world has awakened to this reality and has begun pushing the idea of mindfulness, which I have discussed in a previous essay. And I have explained how a Torah way of life is supposed to have built-in mindfulness…if a person follows the “instructions” and pays attention to what they are doing.

It says in Pirkei Avos:

Rabbi Tarfon would say: The day is short, the work is much, the workers are lazy, the reward is great, and the Master is pressing. (Pirkei Avos 2:15)

Is this true? One hundred percent. If so, then how does this fit with our world today? That’s not for me to answer, because I have no idea whatsoever. It could be that God looks down upon us like little lost sheep, since we have had no prophets, and not much Ruach HaKodesh for a long time now. We are, so-to-speak, just “hanging in there.”

Or maybe God thinks that we are a lot more capable than we’re making out to be. Maybe He looks down on our relatively casual and material way of life…even upon those who are keeping many mitzvos and says, “This is NOT what I had in mind. Time for another reboot!” Maybe His expectations of us are greater than we have of ourselves.

This impacts the discussion currently taking place in many religious circles. The coronavirus has managed to wreak world-wide havoc in a very short period, with no end in sight and with possible long-term catastrophic impacts. Red lights are going off all over the place for different things at the same time.

Are we being punished? If yes, what can we do to mitigate the situation? If not, then what does God want from us? It doesn’t matter how the authorities explain what happened, how it happened, and how they plan to deal with it. It is from GOD. It happened how it did and when it did because God determined that it should. It will last as long as it will, because God says it must.

Even the person who discovers the cure, if they do, has already been determined by God, as well as who will benefit from it in time, and who will not. It’s all for the sake of some purpose that has its origins in the very creation of the world itself, even if we only relate to the virus in the here-and-now.

Or is it a combination of the two, punishment and…And WHAT? What else is there?

There is what this week’s parsha speaks about: tikun. Mistakes get made, and they have to be fixed . A perfectionist is not someone who gets everything right all of the time. A perfectionist is someone who can’t live with mistakes if they can rectify them. God is PERFECT, and He created the PERFECT world. And every time someone does something imperfect, they have an obligation to make right what they did wrong.

These parshios discuss this in terms of the various different sacrifices that were brought for various different reasons. But they all accomplished the same thing: higher levels of perfection as a result of levels of rectification. To the extent that a person followed the Divine “recipe” for each sacrifice, that is the extent to which they were able to contribute to the perfection of Creation.

We don’t have a Temple today, therefore we don’t have the opportunity to bring sacrifices. And even though our prayers are supposed to be in their place, that is provided we approach them with sufficient and the correct intention, which is not so easy for many to do. Today, we do not have very many ways to add to the perfection of Creation. If anything, we seem to be detracting from it.

If perfection cannot come as a result of us, then it tends to come through us, through the events of our lives and history in general. Maybe we can see it, and maybe we can’t, but one this certain. The situation is making us far more MINDFUL of life, of its opportunities. It is re-emphasizing the blessing of the myriad of things we took for granted, including one another.

And the fact that all of this is happening specifically at this time of year, as Pesach approaches, is no coincidence either. We’re not tired about talking about freedom, and then not really achieving it because, as far as we are concerned, we already have it. We think we can afford to pay lip service to such important sentiments.

Yet there is no Temple; it’s occupied by a foreign religion. The Shechinah still wanders, and the Jewish people are still scattered. That may not bother us, but it does God. It’s the antithesis to the purpose of Creation.

But apparently, not for much longer, b’H. If things continue to move in the direction they are currently going, the world is destined to achieve a much higher level of consciousness, and a greater quality of life. And THAT is precisely what restores perfection to God’s perfect world.

Chag Pesach Kasher v’Samayach. May we only hear good news, God willing, and may those who are healthy remain so, and those who are not recover fully and quickly. And may we all merit to greet Moshiach peacefully and with joy speedily in our day.