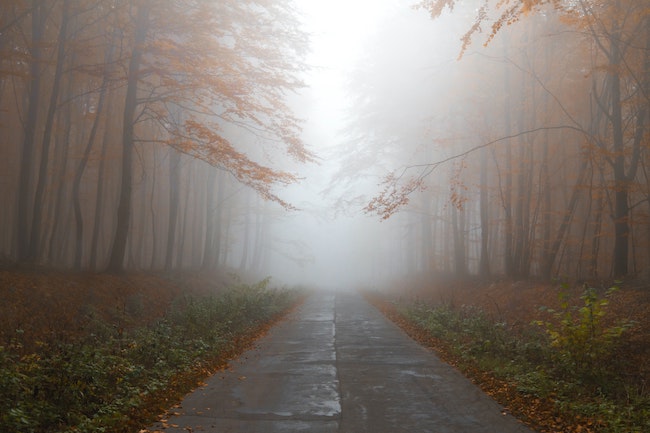 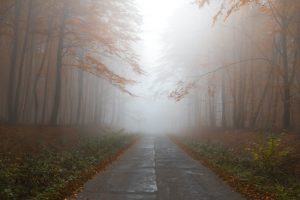 THIS IS A SMALL parsha with big events. Two of the most important people in all of history—Miriam and then Aharon—die in it, and the death of the third—Moshe Rabbeinu—is decreed in it as well. And what a turn of events it is from the end of Parashas Beha’alosecha, when Aharon and Miriam spoke loshon hara about their brother, and were taken to task for it by God Himself.

It all started with Eldad and Meidad, the “unwilling” prophets. After deciding on their own that they were unworthy of prophecy, God gave it to them anyhow. And what prophecy they had! One prophesied about the final war of Gog and Magog, and the other about Moshe Rabbeinu’s “premature” death outside of Eretz Yisroel, leaving Yehoshua to lead the nation across the Jordan into the Promised Land.

The truth is, Moshe’s early death was foretold back at the end of Parashas Shemos, where it seems to have been in response to his question of God’s handling of the redemption from Egypt. But according to the Midrash, Aharon and Miriam thought it was punishment for his treatment of his wife Tzipporah. Moshe being on prophecy stand-by apparently left her somewhat like a widow.

According to the Arizal, God set them straight (Sha’ar Hapesukim, Beha’alosecha). He explained to them that He Himself sanctioned Moshe’s decision, and that his Chutz L’Aretz death was not so much a punishment as a necessity. Moshe’s soul came from a higher level than Eretz Yisroel was on at the time, thanks to the sin of the golden calf. Yehoshua could bring them in because his soul was on par with the land.

One of the reasons why Aharon and Miriam thought Moshe would be punished as prophesied was because they were prophets too, and they were going to enter Eretz Yisroel. They just hadn’t known at the time that they too were destined to die in the desert, and that Moshe would actually outlive them. How easy it is to so completely misread a situation, as Moshe and Aharon did right after the death of Miriam.

IMAGINE HAVING A business that is not going well, and then getting turned down by the bank for a loan to keep it afloat. As you ponder the situation, some person comes into your store looking for something, but being irritated and uptight, you forget yourself and give them poor service. Unimpressed, the well-dressed individual turns around and leaves the store as quickly as they came in. You barely give it another thought.

As they left, one of your employees happened to recognize the person as a very successful entrepreneur who likes to help ailing businesses get on their feet. In shock and kicking yourself, you come to the sad and frustrating realization that, just like that, your opportunity for salvation came and went. Does it get any worse?

Things were looking up for mankind when Avraham was born. The world was worthy of another reboot before he did, but he saved it. Saved it yes, rectified it, no. He moved it in the right direction, Yitzchak took it even farther, and Ya’akov a lot more. But it was only with the birth of the 12 tribes that the door finally opened to complete rectification and the Messianic Era.

The Shevatim, however, lived and died and left a lot of loose ends. Hundreds of years later, their descendants were enslaved in Egypt trying to tie enough of them up to finish the job by the time they received Torah. Instead, four-fifths died in the Plague of Darkness, thousands were involved in the incident of the golden calf, and hundreds of thousands more had to die off over 40 years because of the spies.

Sometime businesses go bankrupt through little fault of their own. Something unexpected happens, like Corona Virus for example, and the anticipated business just never happens. No business, no incomes, no financial survival.

Without the Erev Rav, the Jewish people probably would have received Torah and gone right to Eretz Yisroel. They would have entered it with Moshe Rabbeinu alive, who would have become Moshiach and ushered in the Messianic Era. Tikun Olam would have been completed, and history would have had its happy ending thousands of years ago.

But the Erev Rav did come along, and they “bankrupted” the Jewish people. They caused the golden calf which knocked the Jewish people off their high spiritual pedestal, leading to all the other catastrophic sins that followed over the next 40 years. The Jewish people were in need of a savior.

And they had one: Moshe Rabbeinu. He may not have succeeded in keeping the entire people in line to that point, especially “his” Erev Rav, but he still possessed the ability to single-handedly bring redemption, the final redemption…if only they would let him. If only they would embraced Moshe Rabbeinu instead of spurning him, then he could have done what we have been trying to do for thousands of years until now: fix it all.

But we have been waiting thousands of years for redemption because he was not able to. And though Moshe is supposed to reincarnate in every generation to make it happen, so far we don’t know who he is, or what he is up to.

UNDENIABLY THE EREV Rav is the source of the problem, but Moshe himself was not without some responsibility. After all, God said to talk to the rock, and he hit it. HE hit it. The Erev Rav may have pushed him to the point that he decided to hit it, but in the end, it was his own hand that lifted the staff upwards and then down at the rock. It was regarding this, that God said Moshe had failed to sanctify God’s name, and for that he was punished with death in the desert. And all because Moshe had misread the situation.

It always starts with the rabble rousers. Miriam died and the well given to us in her merit had dried up. The people panicked and demanded Moshe restore the water. But rather than peacefully approach the rock and talk to it about giving water, Moshe criticized the rebels. He displayed anger on behalf of God, and when talking to the rock didn’t work, he struck it and water followed.

The only problem was, God wasn’t angry. The Shechinah had withdrawn from the rock, as Moshe had sensed, but not in anger. It was waiting for Moshe to offer the people the opportunity to choose the rock to be used for the miracle. Then the Shechinah would have dwelled on that rock and supplied the desired water. It would have been a much bigger Kiddush Hashem than had the previous rock had it water restored.

Who wouldn’t have gotten angry at the instigators? But this was Moshe Rabbeinu, the humblest and most objective person in all of history. This was the one person with whom God spoke “face-to-face,” as He told Aharon and Miriam. If anyone was supposed to be able to “read” God’s “mood,” it was Moshe.

Wasn’t Moshe Rabbeinu the one who advised God how to approach the Jewish people about redemption? God wanted to tell them about the future redemptions, which meant future exiles, before they had even left Egypt. Moshe advised editing that information out, and only talking about the redemption at hand, to which God agreed.

And wasn’t Moshe the one who, on top of Mt. Sinai after the golden calf episode, forced God’s hand by asking to be removed from the Torah if God carried out His threat to wipe out the nation? And didn’t God agree to his demand, after applauding his decision to break the tablets upon seeing the calf in the camp below?

I HAVE MENTIONED these concepts before on many occasions. Alilus. Kavshei Rachmana. Mirmah utachbulos. Alah b’machshavah lefanai. They all basically mean the same thing which, in more colloquial terms translates as, “The Lord works in mysterious ways.” Indeed, He does.

The key to all of this is actually right at the beginning of the parsha, as Rashi explains. You just don’t notice it because it seems to be talking about something altogether different, having little to do with this incident. Until, that is, you realize that the mitzvah of parah adumah occurred back in Parashas Beha’alosecha. It was God Who put them both together in this week’s parsha.

But even that information is not enough to teach the point, since Chazal learn something else from the juxtaposition of the sections. Just as sacrifices atone for the Jewish people, likewise the deaths of tzaddikim do so as well. The only question is, the parah adumah was not actually a sacrifice. Why not make the point in another parsha that actually talks about actual sacrifices?

Back in Sefer Shemos we read Parashas Mishpatim. There we were introduced to all kinds of technical laws that basically made sense to us. We can see the justice in them. We can see how they are necessary to uphold society. We can appreciate how they make us better people. These are laws that the Satan and nations of the world do not laugh at us for, but actually incorporate them into their own legal systems.

But we can’t. Anything we understand about God is because of what He tells us about Himself, and what He is thinking. The rest is known only to Him, and we have to trust Him for it the entire time, and completely.

We’d like to believe we know the whole picture, or at least enough of it to make sense of history, but how can we? God didn’t make Creation according to our understanding capabilities. He made it according to His, so-to-speak. And just as chukim are part of the mitzvah picture, there will always be events, at least until Moshiach comes, that will seem mysterious and chukim-like to us.

How else can we exercise our free will and capacity to have emunah and bitachon.