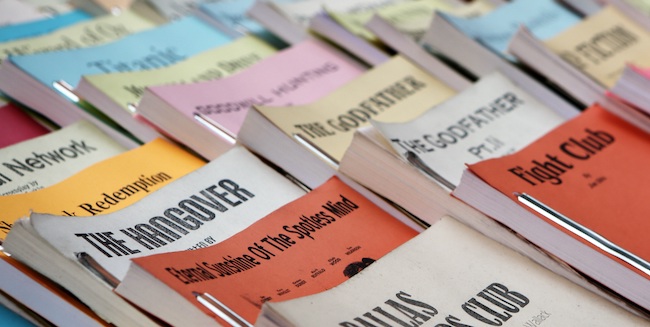 A Script Without Credits 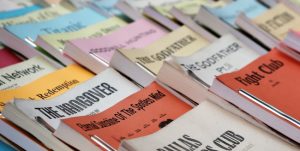 The name given to both the new Sefer and Parsha is “Shemos” – “The Book of Names”. Aside from the introductory verse which recalls the names of the twelve tribes, one is struck by the lack of names in this week’s parsha; the midwives are not identified by their real names, Amram is referred to as “a man from the house of Levi”,1 Yocheved is referred to as the daughter of Levi,2 Moshe is referred to as the “boy”3 or “youth”4, Miriam as “his sister”5 and Bisya as the daughter of Pharaoh. 6 Why does there appear to be a concerted effort to conceal the identities of the characters in this week’s parsha?

When she descended to the river to bathe, Bisya, the daughter of Pharaoh saw the basket containing Moshe floating among the reeds of the Nile. According to the Talmud, she extended her arm toward the basket which lay far out of her reach. Bisya’s arm miraculously became elongated so that she was able to reach the basket.9 If the basket was far from her reach, what could have motivated Bisya to stretch forth her arm? Surely she could not have expected her arm to extend miraculously.

There is a fundamental difference between Sefer Bereishis and Sefer Shemos; Bereishis focuses upon the character development and the actualization of potential of the individuals who supply the genetic basis for the Jewish people, while Shemos focuses upon the formation and development of the national Jewish entity. Consequently, Bereishis highlights the lives and accomplishments of individuals. In contradistinction, because of the miraculous nature of the events which transpired to create the Jewish corporate entity, Shemos downplays individual accomplishments within the formation of the nation.

The formation of the nation follows the blueprint set by Hashem to bring the Jewish corporate entity into existence. Each and every move made by the individuals involved has been carefully and miraculously choreographed by the Almighty. Emphasizing an individual’s accomplishments diminishes Divine involvement in the unfolding events. Therefore, the names of individuals are rarely mentioned in this parsha, to create the sense that their actions are preordained by a higher authority.

Since Sefer Shemos follows Hashem’s miraculous script, extraordinary events are treated as commonplace. Therefore, no mention is made of Yocheved’s ability to bear a child at the age of one hundred thirty. In Sefer Bereishis the accomplishments of the individual are emphasized resulting in the highlighting of Sarah’s ability to bear Yitzchak. Just as the actions of other individuals mentioned in this parsha were prompted by Hashem, Pharaoh’s daughter stretched out her hand because it was the will of Hashem that Moshe be saved. She too was a tool in the formation of the Jewish nation.

The beginning of Sefer Shemos also lists the names of Yaakov’s sons who came down to Mitzrayim. The divisions of the names in these verses differ from those in Parshas Vayishlach. Reuvein, Shimon, Levi and Yehudah are grouped together in the first verse, Yissachar, Zevulun and Binyamin in the second, and Dan, Naftali, Gad and Asher in the third. Leah’s first four children are recorded together, as are the children of the concubines Bilhah and Zilpah. Why are Yissachar and Zevulun, Leah’s last two children grouped with Binyamin, Rachel’s child?

The children of Nachor, Avraham’s brother are enumerated at the end of Parshas Vayeira. Nachor has a total of twelve children, eight from his wife, Milcah and four from his concubine, Re’umah. Rashi comments that Nachor’s children are analogous to the twelve tribes descending from Avraham, eight from Yaakov’s wives and four from Yaakov’s concubines.3 If the comparison is to be understood literally, it appears that each wife was destined to bear twice as many children as each concubine, as was true in the case of Nachor; his wife bore eight children, while his concubine bore four. This would account for the word used in the Torah for concubine, “pilegesh”, which is translated literally as “pelag” – “half” and “isha” – “wife”; a concubine is “half a wife”, giving birth to half the number of children as the wife. If so, the configuration of the tribes should have been four to Leah, two to Zilpah, four to Rachel and two to Bilhah. Why did Leah bear six children and Rachel two?

When Reuvein came from the field with “duda’im” – “mandrakes” for his mother Leah, Rachel asked Leah to give them to her, for mandrakes were believed to contain properties which improve fertility.4 Rashi comments that Yissachar was born to Leah subsequent to this episode as a reward to her for giving the duda’im to Rachel; “Yissachar” means “yeish sachar” – “there is reward”.5 The Seforno explains that Zevulun, Leah’s sixth son was also born as a reward for her actions concerning the duda’im; “Zevulun” stems from the words “zevadani Elokim” – “Hashem has endowed me”.6

What emerges is that Yissachar and Zevulun should have been Rachel’s children, giving each wife twice as many children as each pilegesh. Thirty-two of the seventy souls descending to Mitzrayim were comprised of Leah’s sons and their families, twice the number of the sixteen souls which emerged from Zilpah, her maidservant. A total of fourteen souls descended from Rachel, twice the number which emerged from Bilhah, her maidservant. 7 The discrepancy between Leah’s thirty-two descendants and Rachel’s fourteen can be accounted for in the following manner: Yissachar, Zevulun and their families numbered nine souls.8 If this number had been added to Rachel’s descendants, both Rachel and Leah would have had twenty-three descendants each, in the configuration of the seventy.

After Leah’s fourth son was born the Torah stresses that she stopped giving birth, for this was to be her last child. Only after she gave the duda’im to Rachel did she merit to bear two more children. The division of the verses in the beginning of Shemos can now be clarified. The first verse records the names of the four children of Leah who were destined to be hers. The second verse, comprised of Yissachar, Zevulun and Binyamin records the children who were destined to be Rachel’s (Yosef is not listed in the descent to Egypt for he was already there). The third verse records the children of the pilagshim.