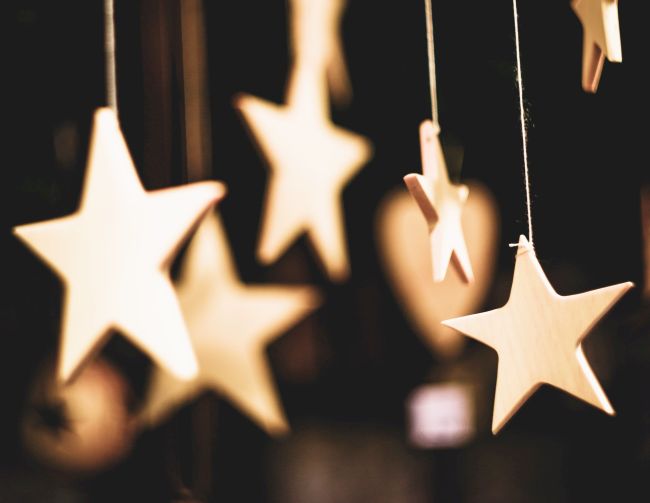 Presenting the Names of an All-Star Lineup! 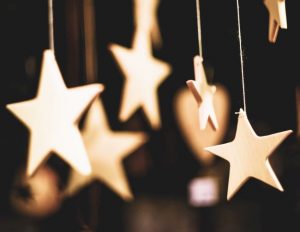 These divrei Torah were adapted from the hashkafa portion of Rabbi Yissocher Frand’s Commuter Chavrusah Tapes on the weekly portion: #1188 – Cho’shaid Be’keshayrim – Not Giving The Benefit of the Doubt. Good Shabbos!

The pasuk in the beginning of Sefer Shemos says: “And these are the names of the children of Israel who came to Egypt with Yaakov, each man came with his household.” (Shemos 1:1) The Torah then proceeds to again list the names of the Shevatim. Rashi comments: “Even though we already heard the names of the twelve Tribes during their lifetime, the Torah repeats and lists them again after their death – to show us how dear they are to the Ribono shel Olam, for they are compared to the stars who are brought out and brought back in by count and by name, as it is written: ‘He brings forth their legions by number, He calls to each of them by name.'” (Yeshaya 40:26)

This is incredible. There are billions of stars and they all seem the same to us. But to the Ribono shel Olam, each one is dear and special. When something is dear and special, you call it by its name. Similarly, Rashi here says that Klal Yisrael are like the Kochavim – they too are dear to the Almighty, and therefore he calls each of them by name.

I saw a comment from Rav Leib Bakst, z”l, (1915-2003). Why are the Kochavim so dear to the Almighty? Rav Bakst points out that the reason the Kochavim were created in the first place was to mollify the moon. The famous Rashi in Parshas Bereshis relates that originally the Ribono shel Olam created the sun and the moon to be of equal size, each with an independent source of light. The moon came to the Almighty with the complaint that “Two kings cannot share the same crown.” The Almighty agreed with this argument and commanded the moon to reduce its size and forgo its independent power of illumination. Chazal say that to appease the feelings of the moon for this downgrade in stature, the Ribono shel Olam created all the stars in the universe to accompany the moon at night, and to make the moon feel better.

Rav Leib Bakst says “Something or someone that makes another person or thing feel better is dear to the Ribono shel Olam. The Almighty loves sensitivity and loves entities that make others feel better. That is why Klal Yisrael is comparable to the stars – because they also make people feel better.”

I once heard al pi derush (homiletically) at an Ufroof: The Ramoh writes (Shulchan Aruch Even Ezer Siman 61) “There are those who suggest making the chuppah under the sky.” There is a minhag Yisrael that people should get married under the sky. That is why chuppahs are typically held outdoors or under the skylight of a building. The Ramoh adds that this is a fortuitous sign (Siman Tov) that their seed will be like the stars in Heaven.

The popular understanding of this Ramoh is that the symbolism of holding the chuppah under the stars is that it should be a segulah for having many children (“as numerous as the stars in Heaven”). This, no doubt, is the simple pshat of the Ramoh in Shulchan Aruch. But I once heard al pi derush that the symbolism is something else: Your children should be “like the stars” means your children should be the type of people who are sensitive to others and that go out of their way to appease others and make them feel better – as was the original purpose of the stars in Heaven, to make the moon feel better.

Consolation for Miscarriages and the Loss of Infants

The pasuk says, “And a man went from the House of Levi and he married the daughter of Levi.” (Shemos 2:1) The Gemara says (Sotah 12) that after Pharaoh made the decree that every male Jewish child should be thrown into the Nile, Amram, who was the Gadol haDor, divorced his wife. He said “We toil in vain.” He felt, under these circumstances why would we want to bring more children into the world.

The Gemara relates that Amram’s daughter Miriam came to him and told him that his decree was more severe than that of Pharaoh. Pharaoh only decreed death to the males. Amram’s decree effectively stopped even females from being born. Furthermore, she told her father, Pharaoh’s decree only took effect in Olam HaZeh (This World), whereas Amram’s decree that no child be born was a decree that impacted not only Olam HaZeh, but also Olam HaBah (The World to Come). (Rashi explains: Since the child would not be born, his soul would never come into the Next World.)

There is a machlokes in Masechta Sanhedrin (110b) as to how old a child needs to be before being eligible to enter Olam HaBah. Rav Chiya and Rav Shimon bar Rebbi argue as to whether it is from the moment of birth or from the moment the child learns to speak. However, the Gemara there has a third opinion – Ravina says it is from the moment of conception. Rav Moshe Feinstein writes in a Teshuva in Yoreh De’ah (III:138) that we pasken like Ravina.

Lo Aleinu, sometimes women miscarry and the child they are pregnant with never comes into this world. It is a very emotional and tragic situation when a woman carries a baby for several months and the pregnancy does not come to fruition. People need to realize, however, that it is not “totally for naught that we struggle.” As soon as the child was conceived, the neshama can go to Olam HaBah. Certainly, if the child is born, even if it does not live long, the child can go to Olam HaBah. This was part of Miriam’s complaint against her father: Pharaoh only decreed death for Jewish children in this world; your decree dooms them from having a chance to enter Olam HaBah.

This is a consolation for people who sometimes find themselves in such an unfortunate situation. They should know that it is not for naught they have toiled.

I want to share an incredible incident that happened with the Gaon of Vilna (GR”A). The GR”A had a disciple who was childless for the first twenty years of his marriage. Finally, they had a baby, but shortly after the baby was born, the baby died. The Gaon came to the couple to be menachem avel. Only the Gaon could say what he said. He told the couple that the neshama of their deceased child belonged to a very famous figure in Jewish history known as the Graf Pototsky (c. 1700 – May 23, 1749).

The Graf Pototsky was a Polish nobleman who converted to Judaism. He was a Ger Tzedek. The Government told him that if he refused to renounce his Judaism, he would be burned at the stake. On Shavuos 5509, he was burned at the stake in the middle of the Vilna town square. He was a nobleman who could have had a life of luxury, yet he died Al Kiddush HaShem! He converted and not only did he give up everything but he died a martyr’s death!

The Gaon told the couple that the neshama of the Graf Pototsky was a perfect neshama – except there was only one thing he was lacking: He was not born Jewish. He was born as a goy and he converted. In order for his neshama to achieve perfection, he had to be born of a Jewish mother. That is what happened with this woman’s pregnancy and delivery. After that mission was accomplished, the neshama could leave this world and return to the Olam HaEmes completely perfected.

We don’t know the calculations of the Almighty, but sometimes a neshama needs to come into this world albeit briefly, and sometimes it does not even make it into this world. But even such a neshama can be zoche to Olam HaBah (merit the World to Come).

Be Careful What You Daven For

“His sister stood at a distance to learn what would happen to him.” (Shemos 2:6).

Moshe’s parents hid their son for three months. After three months, they could not hide him any longer. They put him in a basket and sent him floating down the river. Miriam, his sister, stood at the river bank to see what was going to be with her baby brother.

Who should come down to bathe in the river? It is none other than Pharaoh’s daughter! Pharaoh was the perpetrator of the decree “All male children shall be thrown into the Nile” and his daughter comes down to bathe at that moment! Miriam must have been praying to the Almighty at that moment “Please, Hashem, don’t let her see the baby!” Miriam must have been thinking that Pharaoh’s daughter would certainly want to enforce her father’s decree.

What happened? It was just the opposite of Miriam’s worst fears. Pharaoh’s daughter does see the baby. She takes him into the palace with her and raises him in the house of Pharaoh. He becomes the savior of Israel. The lesson of this story is: Be careful of what you daven for. A person never really knows what is good. Miriam thinks it would be the worst thing in the world for Pharaoh’s daughter to spot her brother. In the end, that turned out to be his salvation and the salvation of Klal Yisrael.

This is a classic example of the popular Yiddish saying, “A mensch tracht un G-t lacht” (a person thinks and G-d laughs). We see this in all areas of life. I often see situations where a bochur is going out with a girl and he wants the shidduch to happen. He prays to the Ribono shel Olam “Please Hashem, make this shidduch happen! Please Hashem, make this shidduch happen!” It doesn’t happen. The bochur is devastated. Oy vey is mir! (Woe is me!) Eventually, he marries someone else. Twenty years later, he sees what happened with that girl and what happened with the woman he married. He says, “You know G-d, You know what you are doing!”

The same thing happens in business. Sometimes a person has an opportunity in business and he thinks to himself “Oh! This is going to put me on Easy Street. This is how I am going to make my fortune!” At the last minute, the deal falls through and he thinks “Oh no! Woe is me! What does the Ribono shel Olam have against me?” Then, three years later, he reads that his potential partner is indicted for criminal activity, and he had been a complete crook. The person who felt that G-d somehow had it against him, now realizes that he would have been in the same situation as the fellow in jail.

This is the lesson of “His sister stood off at a distance.” We need to leave solutions up to the Ribono shel Olam. “That which is good in Your Eyes – do!” You know what is best. Hatov b’Einecha Aseh!