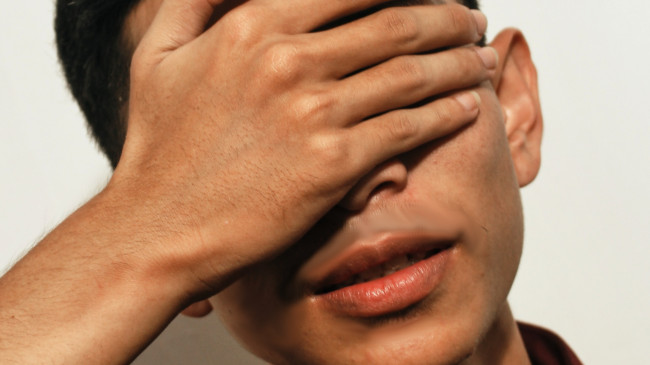 The Symbolism of Covering Our Eyes During Shema 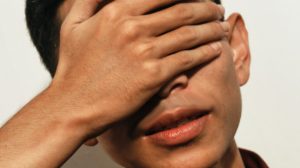 These divrei Torah were adapted from the hashkafa portion of Rabbi Yissocher Frand’s Commuter Chavrusah Tapes on the weekly portion: #1189 – Can You Wear Your Tzitzes in the Bathroom? Good Shabbos!

At the end last week’s parsha, Moshe complained to Hashem in strong language: “…Why did you do evil to this nation, why have you sent me? From the time I came to Pharaoh to speak in Your Name, the situation of this nation deteriorated… ” [Shemos 5:22-23]. This week’s parsha begins with the Almighty’s response to Moshe’s complaint: “And Elokim spoke to Moshe and said: I am Hashem.” [Shemos 6:2]

This is a strange pasuk because the Name of G-d, “Elokim” and the Name of G-d, “Yud-Kay-Vov-Kay” (Hashem) have two very specific and distinct meanings in Lashon haKodesh. Elokim carries with it a connotation of the Name of Hashem when the Attribute of Midas HaDin (Strict Justice) is employed. On the other hand, Yud-Kay-Vov-Kay is the Name of Hashem which connotes Midas HaRachamim (the Attribute of Mercy). The pasuk begins with the phrase “Vayedaber Elokim el Moshe,” upon which Rashi comments, “He spoke Mishpat (Judgement) with him, for his harsh manner of speech questioning ‘Why did You do evil to this nation.'” Thus, the Ribono shel Olam is speaking sternly to Moshe. And yet what Hashem tells him is ‘Ani Hashem‘.

Rashi also comments on the meaning of the expression ‘Ani Hashem.” Rashi’s interpretation notwithstanding, perhaps the following interpretation can also be suggested:

The Ribono shel Olam is telling Moshe Rabbeinu something here that every Jew, and every person in fact, needs to realize. (This of course is something which is much easier said than done.) Invariably, in the course of a lifetime, things occur which are extremely painful. There are situations where we think the Almighty is punishing us, angry with us, or has abandoned us. The faith of a Jew, however, requires a person to realize what Rabbi Akiva taught us, and what Nachum Ish Gam-Zu taught us.

Namely, “Kol mah d’Avid Rachmana l’Tav Avid” (All that the All-Merciful One does, He does for good). Ultimately, what happens is for the good. The pain and the suffering that a person endures during the course of his lifetime is ultimately what is best for him. This applies on an individual level and it applies on a national level as well. It is a very difficult concept of Emunah, but a person needs to believe this.

Vayedaber Elokim el Moshe: Moshe, you think I am torturing the people? Am I bad to the people? Am I causing ill to the people? Moshe Rabbeinu, you should know that Ani Hashem. It all comes from the same source. It is all ultimately a manifestation of My Midas HaRachamim. Sometimes the Attribute of Mercy requires these types of things to happen as well.

I say that this is one of the fundamentals of the Jewish faith because when we say the pasuk, which we recite twice a day as a Biblical command, SHEMA YISRAEL HASHEM ELOKEINU HASHEM ECHAD, that statement (which is perhaps the Pledge of Allegiance of every single Jew) not only conveys the concept that the Ribono shel Olam is One (which is part of the Mitzvah) and not only testifies to my accepting Him as my G-d (Kabbalas Ol Malchus Shamayim), but also, implicit in that statement is the unification of the Name HASHEM (Midas HaRachamim or the Attribute of Mercy) with the Name ELOKEINU (Midas HaDin or the Attribute of Justice).

Everything is from the same source. Even when a person must endure terrible troubles like they did in Mitzrayim, that was part of the Ribono shel Olam’s Grand Plan of how to create His Nation. Chazal refer to the experience of the Jewish people in Egypt as the crucible (Kur haBarzel), the vessel used to refine silver or gold through intense heat that removes the dross and impurities of those metals. That was the Egyptian experience.

It was certainly horrible to endure that experience. It must have been extremely difficult for the people who saw their children being thrown into the Nile to view the experience as a manifestation of G-d’s Attribute of Mercy. However, this is part of the Jewish mandate to believe: Hear of Israel, Hashem (Midas HaRachamim) Elokeinu (Midas HaDin) Hashem (Midas HaRachamim) is all One.

The Sanzer Rebbe, zt”l, once said that this is the meaning of a universally practiced custom. The Gemara in Brochos says that Rabbi Yehudah HaNasi put his hands over his eyes when he read Krias Shema. That is the way everyone reads Shema Yisrael. Why do we do it that way? The Sanzer Rebbe explains it is for this very reason. It symbolizes our inability to perceive the fact that the Midas HaDin and the Midas HaRachamim all come from the same source. We can’t see the Attribute of Mercy being the ultimate source of bad things that happen to us. Therefore, we cover our eyes: I can’t see how this could possibly be good. I can’t see it – but I believe it!

If we look back at Jewish history, this is even harder to believe than personal life experiences which may trouble us. On the national scale, the things that Klal Yisrael have endured are mind-boggling. They are hard for the human mind to understand. Therefore, when we recite Krias Shema, we need to cover our eyes, because many times in this world, we simply cannot see the unification to which we are testifying – that Hashem Elokeinu Hashem Echad, that it all stems from the same Midas HaRachamim.

There is a sefer Kol Aryeh written by a disciple of the Chasam Sofer. He writes a beautiful interpretation of the pasukim which describe Hashem’s words to Yaakov before his descent to Egypt: “…Have no fear of descending to Egypt, for I shall establish you as a great nation there. I shall descend with you to Egypt and I shall also surely bring you up; and Yosef shall place his hand on your eyes.” [Bereshis 46:3-4]

Yaakov Avinu was afraid to leave Eretz Canaan and go down to Mitzrayim. He knew through Ruach HaKodesh what they were getting themselves into. He foresaw the suffering and persecution that his children would face there. He feared the outcome of his descent to Egypt. Hashem told him not to be afraid because “In the end, I am going to take them out and, in the end, this is a necessary experience for the formation of Klal Yisrael. Just like you saw by Yosef HaTzadik – he was sold as a slave and experienced a tumultuous life, but in the end, his descent to Egypt turned out to be good for the family. Yosef is the living example of things that for many years appear to be horrible, but in the end turn out to be a salvation.”

That, says the Kol Aryeh, is what the Ribono shel Olam hinted to Yaakov with the words “and Yosef will place his hand over your eyes.” At the level of simple pshat, this means that when Yaakov died, Yosef would be there and would close Yaakov’s eyes. But at the level of remez, this alludes to the fact that Yosef represented the concept that interim suffering can ultimately work out for the best. Just like by Krias Shema, we cover our eyes to symbolize that while we are suffering we cannot yet see the pot of gold at the end of the rainbow, so too, the paradigm of Yosef symbolizes that in the end, this too will be for the best.

In this week’s parsha, the Torah uses the four verbs associated with Redemption (Daled Leshonos shel Geulah). “Therefore, say to the Children of Israel, I am Hashem and I shall TAKE you out (v’Hotzaisee) from under the burdens of Egypt, and I will RESCUE you (v’Hitzalti) from their service, and I will REDEEM you (v’Ga’alti) with an outstretched arm and with great judgments, and I shall TAKE you (v’Lakachti) to Me for a people…” [Shemos 6:7-8]. These are the four expressions of redemption: v’Hotzaisee, v’Hitzalti, v’Ga’alti, v’Lakachti.

According to one opinion in the Gemara, the four Kosos we drink at the Pesach Seder are based on these four Biblical expressions of redemption. Rav Asher Weiss points out an interesting Hashkafa, based on a Halacha. The halacha is that a person is allowed to drink additional wine at the Seder between the first and second Kos as well as between the second and the third Kos. However, between the third and the fourth Kos, a person is not allowed to drink anything. There are halachic rationales for these distinctions, but Rav Asher Weiss suggests a homiletic reason, which teaches an important philosophic idea.

The allusion that Chazal are trying to convey is that the first three expressions of redemption (v’Hotzaisee, v’Hitzalti, and v’Ga’alti) are all about freedom. Freedom is a great thing. Everybody is for freedom. Everyone talks about “Freedom, freedom, freedom!” Emancipation, salvation, and redemption are like motherhood and apple-pie. Everybody is in favor.

However, what is the fourth expression of redemption? “And I will TAKE you to Me as a nation and I will be for you an Elokim.” There are strings attached to being G-d’s People. It is not so simple. A person might say, “Okay, I can handle v’Hotzaisee, v’Hitzalti, and v’Ga’alti. I can buy into that part of the redemption experience. There is no problem with pausing or not pausing between each of those expressions of Geulah. However, we cannot separate between the three expressions of freedom and the fourth Kos, which represents becoming G-d’s People, with all that that implies.

Freedom without commitment to Divine Law can lead to anarchy. Unfortunately, too much freedom is not a good thing. Freedom without restrictions is not what the Ribono shel Olam had in mind when He spoke of Freedom. Therefore, the first three expressions of Geulah need to go together with the fourth expression, without any interruption.

This week’s write-up is adapted from the hashkafa portion of Rabbi Yissochar Frand’s Commuter Chavrusah Series on the weekly Torah portion. A listing of the halachic portions for Parshas Vaera is provided below: