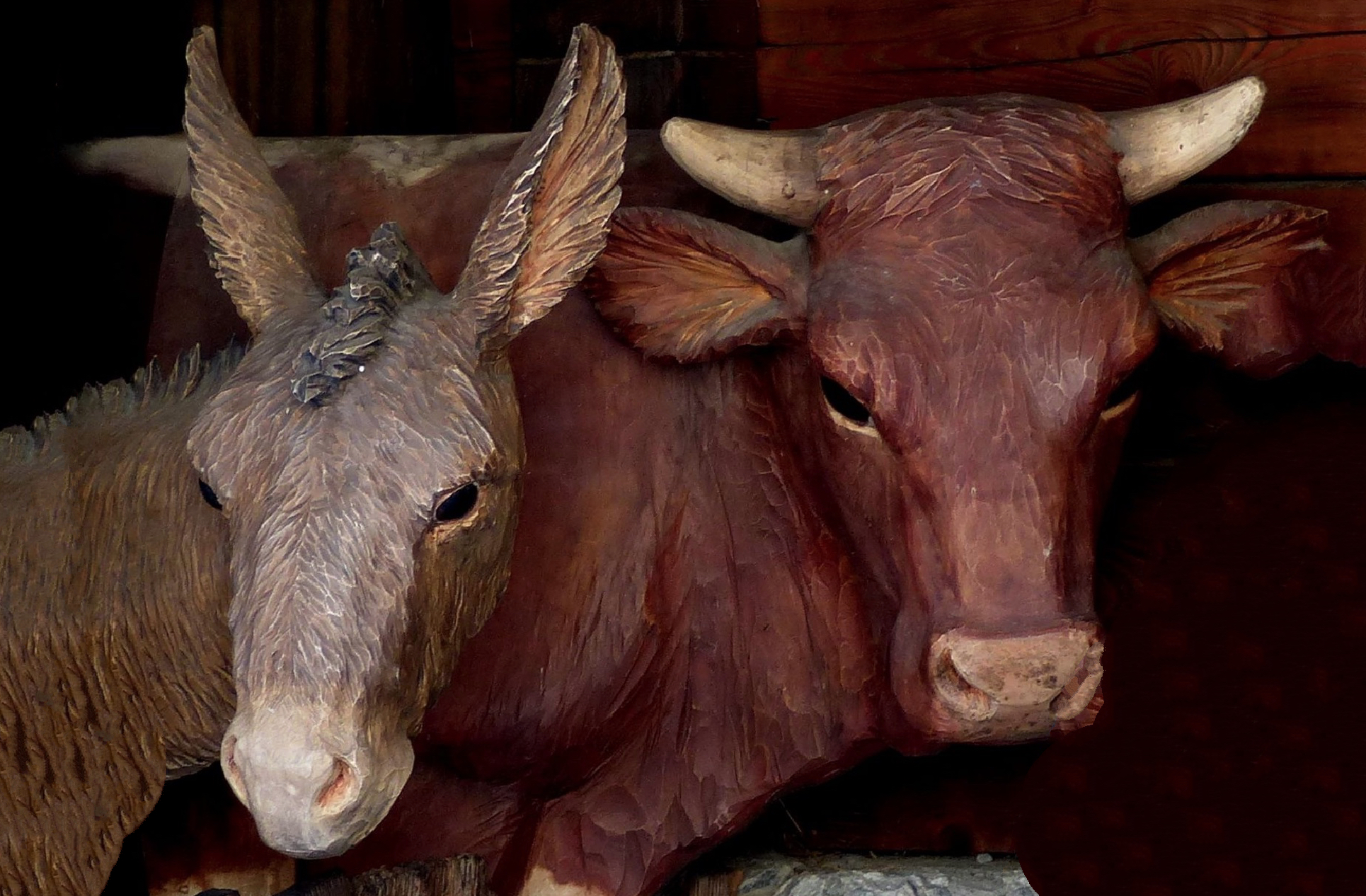 The Torah Forbids Plowing With a Shor and a Chamor Together 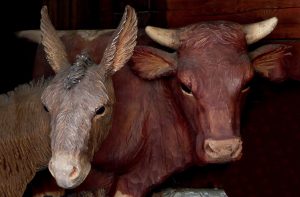 These divrei Torah were adapted from the hashkafa portion of Rabbi Yissocher Frand’s Commuter Chavrusah Series on the weekly portion: #1227 – The Aufruf in Halacha and Minhag. Good Shabbos!

This week’s parsha contains the terrible story that happened to Dina bas Yaakov. She was captured and violated by Shechem, who then wanted to marry her. Rabbeinu Bachaye brings the following Medrash Tanchuma. Shechem told Yaakov: I know that your grandfather Avraham was a prince, as it is written “A prince of Elokim are you in our midst” (Bereshis 23:6) and I also am a prince in this land. Let the daughter of a prince marry a prince. It is a perfect match.”

Yaakov responded that a Nasi (Prince) can only be a “Shor” (ox). Avraham is referred to as a “Shor” as it is written “And Avraham ran to the cattle” (Bereshis 18:7) and it is written “…and many crops come forth by the strength of an ox (rov tevuos b’koach shor)” (Mishlei 14:4). Yaakov insisted that it was not a good match. My grandfather was a prince who was a Shor (ox) and you are a Chamor (donkey)! (Shechem’s father was named Chamor.) The Torah decrees “You shall not plow with a Shor and a with a Chamor together” (Devorim 22:10). In effect, Yaakov told his potential mechutan, “I’m sorry, the Torah forbids a combination of a Shor and a Chamor. We can’t make this Shidduch.”

In order to explain this rather perplexing Medrash, we need to introduce a concept that we mentioned in past years. In the beginning of Parshas VaYishlach, Rashi says that Yaakov instructed his messengers to tell Eisav, “I have been living with Lavan, and I tarried until now.” Rashi famously elaborates: During this time, I did not become a distinguished officer but I have been a mere stranger. There is no justification for you to hate me based on jealousy of the blessing my father gave me that “You shall be a ruler over your brother.”

“I know you still hate me for taking the Brochos that our father thought he was giving to you. But listen, they did not help me at all. Thirty-four years later, I am still a stranger living on the road. All these years later, and I have no dominion whatsoever over my brother. I am a nobody, and you have no reason to be jealous of the blessings I received.”

Rashi elaborates on the words “And I have oxen and donkeys, cattle, male and female servants” (Bereshis 32:6) as follows: Father said I would be blessed with the dew of heaven and the fat of the earth, but my property is neither from the heaven nor from the earth. Again, Yaakov emphasizes to Eisav that the blessings were not fulfilled, there was nothing for Eisav to be jealous about, and, in fact, it could be that Eisav got the better half of the deal by taking the lentil soup—at least that was something concrete.

There are several problems with this Rashi. For instance, Rav Moshe Feinstein asks that the Brochos that Yitzchak Avinu gave to Yaakov were a nevuah (prophecy). Is Rashi suggesting that Yaakov is denying the veracity of this nevuah? Is he saying that Yitzchak was wrong? Is he, Chas v’Shalom, accusing Yitzchak of uttering a false prophecy? Rashi cannot be saying that Yaakov was suggesting that these prophetic brochos were worthless.

Second, brochos are never fulfilled instantaneously. The fact that Yaakov has not yet seen the benefit of these blessings in no way diminishes their value or significance. The truth of the matter is that it took hundreds of years for them to be fulfilled. Yaakov’s descendants were in Egypt for 210 years, and they were in the Wilderness for another 40 years. The Blessings were really not fulfilled until the time of Shlomo haMelech. What is Yaakov telling Eisav – the blessings are worthless because they were not fulfilled? Wait! They will yet be fulfilled in full!

When someone starts a business, he should not expect to make his fortune within the first six months of opening the business. Bill Gates started Microsoft in a garage in Seattle, Washington. He did not become a billionaire overnight. It takes time. Everything takes time. It is only in our generation that we expect instantaneous results. Cooking is too slow, so we need to microwave our food. Postal services are too slow, so we need to send faxes. Faxes are too slow so we need to send email. Everything needs to be this instant. But that is not the way all of life works, and it is certainly not the way ruchniyus works.

So, we have two questions: 1) Theologically, how could Yaakov say that the prophetic blessings were not fulfilled, and 2) Of course they were not fulfilled YET – give them time to reach their historical moment of fulfillment!

The explanation is that Yaakov knew exactly with whom he was dealing—Eisav. The Sforno in Parshas Toldos shares a very important principle, not only about Eisav, but about wicked people in general. The Sforno interprets the pasuk “Sell to me like the day (ka’yom) your birthright” (Bereshis 25:31) as follows: You, Eisav, live for the day—for today. You put so much effort into today’s work that you are now so exhausted so you can’t even tell the difference between a bowl of soup and the color red. There is no doubt that you will not be able to perform in the function of the firstborn to minister before the L-rd Almighty, to do that which is appropriate for a bechor.

Yaakov tells his brother, “This job is not for you. You are a “ka’yom” man! You are a man that lives for today.” The difference between tzadikim and reshaim is that reshaim live for the moment. They want instant gratification. They don’t have the long view. Yaakov, on the other hand, had a long view of life. He knows that not everything is instantaneous. Some things take time. If you take the view that the bechora will eventually entail the Service of Hashem and a permanent job in the Beis HaMikdash, then it means something. This is how a tzadik views the matter. Yaakov tells Eisav “I know you have no interest in being the bechor, because you are only a “Ka’yom man.”

This is the general approach of virtually all reshaim. They trade an Olam Kayam (a permanent world) for an Olam Over (a transitory world). When people are faced with the dilemma of choosing the pleasure of the moment or choosing the long-term view at the cost of deferring instant gratification, people that don’t possess a sense of spirituality always choose the TODAY. They don’t look at the long view.

Yaakov knew this facet of Eisav. He certainly knew very well that the brochos would take hundreds of years to be fulfilled. But that did not make a difference to him. He was willing to wait. On the other hand, he understood with whom he was dealing. He knew that if Eisav still did not see fruits of this blessing after 34 years, he would consider them worthless.

Yaakov was talking Eisav’s language when he sent the message to Eisav: Look what happened to me… I am just a ger. I have no land. I have received neither blessings of heaven nor earth these past 34 years. However, Yaakov himself understood that he was in it for the long haul, and was in no way denying the value or validity of these blessings.

Rav Avrohom Bukspan of Miami uses this concept to suggest an interpretation of the Medrash that Rabbeinu Bechaye quotes. (I am a Shor and you are a Chamor and the Torah says a Shor and Chamor cannot plow together. Therefore, Dina and Shechem cannot marry each other.)

What is the difference between the avodah of a Shor and that of a Chamor? The work that an ox does is for the future. Oxen plow the field, making it fit for sowing. In the spring, a farmer plows his field to prepare it for planting. It takes months for wheat to grow but the oxen are out in the field long before the seeds are even placed into the ground. The avodah of the shor is for the future.

What is the avodah of a Chamor? A donkey schleps things. The farmer has a load he needs to take from point A to point B, so he puts it on the donkey who does the work of schlepping it for him. The difference between the ox and the donkey is the difference between the long view and the short view. The Shor is an animal whose whole function is to serve what is going to come in the future. The Chamor serves today’s needs: I need to get this load to my house or to the barn or to the market right now!

This is what Yaakov Avinu said to Shechem ben Chamor: I am a Shor and you are a Chamor. We are not compatible and cannot be harnessed together because the Torah prohibits plowing with an ox and donkey under one yoke.

There is a second difference between an ox and a donkey. An ox chews its cud; a donkey does not chew its cud. Why does an animal chew its cud? It regurgitates the food over and over and over. It does not just eat a meal and that is the end of it. The food it consumes is a meal that goes on and on, by virtue of the constant regurgitation of the cow or ox or other kosher animals. This is also an aspect of looking at the long view.

Yaakov tells Shechem – we are not a match because I am a Jew and you are not a Jew. A Jew looks at life based on what is going to be down the road. We take the long view of life and history. You are a Chamor. Just like a donkey looks only at the present – that too is the way you view life. This is not a compatible Shidduch.

I heard that Rav Moshe Soloveitchik (from the famous Soloveitchik family), who was Rav in Zurich Switzerland many years ago, was once counselling a couple who were having marital problems. The husband came to Rav Soloveitchik and said “My wife is making a mistake. She just isn’t right! We can’t come to terms.” Rav Soloveitchik responded, “Maybe your wife is not right. But if you have Shalom and the house is tranquil then your children and grandchildren will grow up in such an environment and will be different people – much better people! Take the long view of life. The view of a Jew is always the long-term view. “Granted, your wife may be wrong in this argument. But if you take the long view of things and consider the effects of long term Shalom Bayis, it is far more important than the short-term victory over your wife in proclaiming ‘I was right!'”

The whole point of being a Jew is that we are not into it for instant gratification, or just for the here and now. We are in it for the future as well. Therefore, he advised this congregant to give in to his wife, because in the long run, it will be for the best.

This week’s write-up is adapted from the hashkafa portion of Rabbi Yissochar Frand’s Commuter Chavrusah Series on the weekly Torah portion. A listing of the halachic portions for Parshas Vayishlach is provided below: