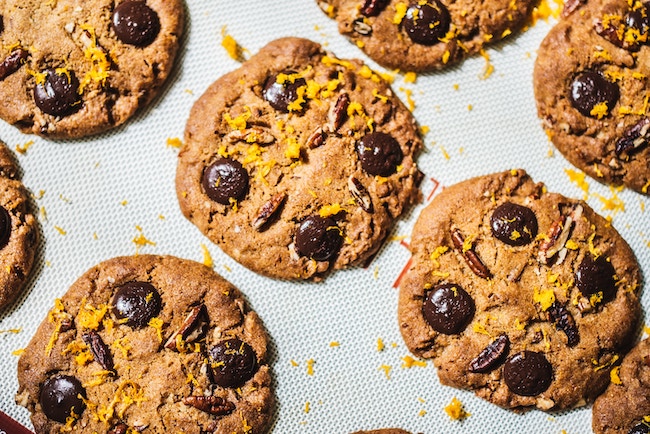 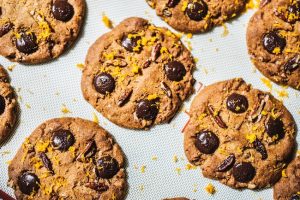 Question: Should ten pieces of chametz be hidden throughout the house before the search for chametz takes place?

Discussion: The poskim differ in their views regarding this practice. There are four basic approaches:

1.The Rama[1] states that the custom is to hide pieces of chametz around the house before the search takes place. Since it often happens that no chametz is found during the course of the search, the blessing over the bedikah could possibly be a berachah l’vatalah. To avoid this eventuality, one would be required to hide some chametz before the search begins.

2.Although l’chatchilah pieces of chametz should be hidden, the Rama himself holds that if they were not, the blessing would nonetheless be valid, for the mitzvah is to search for chametz, even in the event that one does not find any.

3.Many poskim[2] hold that one need not be concerned about a berachah l’vatalah at all and one need not hide any chametz before the search.

4.Some poskim[3] hold that the practice of hiding chametz should be abandoned. They are concerned that some pieces may be lost or overlooked, with the result that chametz will remain in the house over Pesach.

The Mishnah Berurah agrees with the poskim who are not concerned about the possibility of a berachah l’vatalah. He nevertheless states that it is not proper to discontinue a long-standing Jewish custom[4]. Indeed, the majority of homes today observe this time-honored practice[5].

Nowadays, there is an additional reason for maintaining this custom. The halachah demands that the home be thoroughly searched during bedikas chametz. Any place into which chametz may have been brought during the year must be checked. In many homes, unfortunately, the search has become merely ritualistic, taking but a few minutes with no serious search conducted. One reason why the bedikah has become perfunctory is that today, homes are thoroughly cleaned and scrubbed for days or even weeks before the search takes place. Consequently, most people assume that no chametz will be found and are satisfied with going through the motions. Although there is a possible justification (limud zechus) for people who conduct such a perfunctory bedikah[6], many other poskim do not agree with this leniency and require that a proper bedikah be conducted.

In order to satisfy the views of all poskim, it is recommended that one hide chametz around the house before the bedikah. Since the searcher is aware that there definitely is some chametz to be found, he will necessarily have to conduct a proper bedikah. Therefore:

Some poskim[13] rule that a person who is leaving home for Pesach and therefore conducts his bedikah in advance of the 14th of Nissan without a blessing[14], need not hide pieces of chametz.

Question: Must one actually burn the remnants of his chametz on erev Pesach, or can one get rid of the chametz in another way?

Discussion: There are two views in the Mishnah[15] concerning the proper procedure for fulfilling the mitzvah of tashbisu, the Biblical command to destroy all chametz before Pesach. The basic halachah is that tashbisu is accomplished by getting rid of chametz in any of the following ways: burning it; crumbling it and throwing it to the winds; crumbling it and throwing it into an ocean or river; flushing it down the toilet[16]. L’chatchilah, though, it has become customary to follow the view of Rav Yehudah who holds that burning in fire is the only valid method for getting rid of chametz (beiur chametz[17]). In addition to the halachic consideration, kabbalistic and chasidic literature teach that there is a special significance to actually burning the chametz, as burning symbolizes the destruction of the evil inclination and the power of tumah[18].

Question: How is the chametz burned?

Discussion: The proper time to burn the chametz is during the fifth hour[21] of the day of erev Pesach[22]. The chametz must be completely burned—to the degree that even a dog would not be able to eat it[23] —by the time the fifth hour ends. [Chametz which has turned into charcoal is sufficiently burned[24]. ] A loaf of bread or a chunk of cake should be thinly sliced so that the fire will be able to consume it totally[25].

Several contemporary poskim[26] mention that it is not advisable to pour gasoline or other combustible materials over the chametz before burning it, for then the chametz becomes inedible—”destroyed”—by the gasoline, etc., rather than by the fire, and as mentioned before, this should be avoided. Note, however, that if the end of the fifth hour arrives and the chametz is not yet burned, gasoline etc. should quickly be poured over the remaining chametz so that it becomes inedible.

One should recite the daytime kol chamira, which nullifies the chametz, after the burning of the chametz but before the sixth hour of the day begins[28].

One who forgot or neglected to recite the proper blessing the night before during the search for chametz may recite the blessing at the time of the burning[29].

Customs and hiddurim of burning chametz

There is a custom to burn other “mitzvah” items along with the chametz, e.g., the ten pieces of chametz that were hidden for the bedikah[30], the wooden spoon used for the bedikah[31], hoshanos[32], lulav[33], leftover oil and wicks from the Chanukah candles; fingernails (which, according to halachah, should be burned[34]).

The chametz should be thrown into the fire with one’s right hand[35].

There is a view that holds that the fire must be started with wood[36], not gas, coal or paper.

It is preferable to burn the chametz in one’s own yard or at least in one’s own vessel[]37. It is also preferable for one to burn his own chametz and not to appoint someone else to do it for him[38].

When burning is not an option

If one has a great deal of chametz left before Pesach and finds it impractical to burn it all, he should not just deposit it in the garbage. The garbage is liable to remain on his property (in his garage, on his tree-lawn, etc.) after the time for beiur chametz[39], and this could result in the violation of a Biblical prohibition[40]. Even moving the garbage into the street does not solve the problem, since technically the chametz which is in the garbage can or bag is still “his property[41].” Contemporary poskim offer several possible solutions:

4. There are also additional reasons, especially according to Kabbalah, for this ancient custom.

6. See Sha’arei Teshuvah, O.C. 433:11 (also quoted by Kaf ha-Chayim) who says that the masses do not conduct a thorough check since they rely on the cleaning process done before the bedikah. In his view, this may be relied upon even if a professional non-Jew did the cleaning. See Chochmas Shelomo (433:11) and Da’as Torah (433:2) for similar rulings.

8. This is the custom, based on the Arizal, quoted by the Mishnah Berurah.

10. Sha’arei Teshuvah 432:7. Together, though, all the pieces should total at least one ounce; see Orchos Rabbeinu, Pesach 5 quoting Rav Y.Y. Kanievsky.

17. Rama, O.C. 445:1. If chametz is found after the sixth hour of erev Pesach [or during Pesach itself] all agree that burning is the proper method; see Mishnah Berurah 445:6 and Sha’ar ha-Tziyun 17.

21. A halachic “hour” is one twelfth of the day. A day (for this purpose) is from 72 minutes before sunrise till 50 minutes after sunset.

22. A minority view advises not to burn chametz earlier than the fifth hour (see Hagadah Moadim u’Zemanim), and indeed, that is the custom observed by many people. But surely if it is difficult or troublesome to wait till that time, the burning may certainly be done any time on the morning of erev Pesach. Preferably, the beiur should not be done at night, see Rama 445:1.

27. Rama 434:2, otherwise the burning will be done on chametz which is not his and the mitzvah will not be properly fulfilled.

37. Teshuvos v’Hanhagos 1:192, based on the view of the Ramban who holds that the Biblical mitzvah of burning chametz applies only to chametz which is in one’s own domain. Rav Y. Y. Kanievsky (quoted in Hagadah Arzei ha-Levanon, pg. 23) holds that this is unnecessary.

39. Unless it was prearranged that the municipality will collect the garbage before the deadline arrives.

40. Several poskim hold that this is only a problem if there are large, clean pieces of chametz in the garbage cans; crumbs or soiled pieces of chametz are not a real problem, especially once they have been thrown into the garbage; see Mishnah Berurah 442:33; Minchas Yitzchak 4:56; Kinyan Torah 2:87; 7:36.

41. If the cans belong to the city (outside of Israel) then there is no problem, Minchas Yitzchak 4:56.