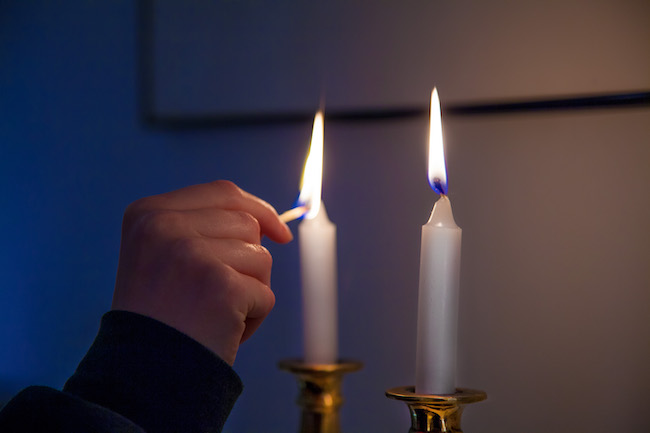 “In the third book I will include all the commandments that apply at specific times, such as the sabbath and festivals. And I have called this book the Book of Times”.

b) Categories of Work

There are 39 categories of forbidden work:g

The courts may not administer punishment on the sabbath, as it says “You shall not kindle fire in any of your dwelling places on the sabbath day.4,h

It is forbidden on the sabbath to leave the vicinity of one’s city or the vicinity of the place where one was when the sabbath began, as it says “Let no man go out of his place on the seventh day”.5 The sages defined “vicinity” as a distance of up to 2000 cubits. If the place is a private domain the 2000 cubits are measured beyond its borders even if it is very large.i

In order to distinguish the sabbath from ordinary days, certain acts are rabbinically forbidden on the sabbath even though they do not resemble work and do not lead to work, as it says “If you withhold your foot on the sabbath from doing your business on My holy day, and call the sabbath a delight, Ha-Shem‘s holy one honored, and honor it by not pursuing your affairs, seeking your desires or speaking things”.6 One should therefore not inspect his property or discuss business on the sabbath, or start out toward a place where he will do work after the sabbath.j

It is rabbinically forbidden on the sabbath to handle objects other than food and utensils, or objects that were not fit for use (e.g., whose use was forbidden) when the sabbath began, or utensils that are used for forbidden work unless they are needed for a permissible purpose.k Removal of dirt and the like is permitted, as is care of the dead.l

One should honor the sabbath by washing and putting on clean clothes (which should be distinctive), setting one’s house in order, setting the table, and lighting a candle.n One should make the sabbath enjoyable by preparing choice foods and eating three meals — one in the evening, one in the morning, and one in the afternoon; at each meal two loaves of bread should be used.o It is forbidden to fast or pray for one’s wants on the sabbath except in emergencies.p