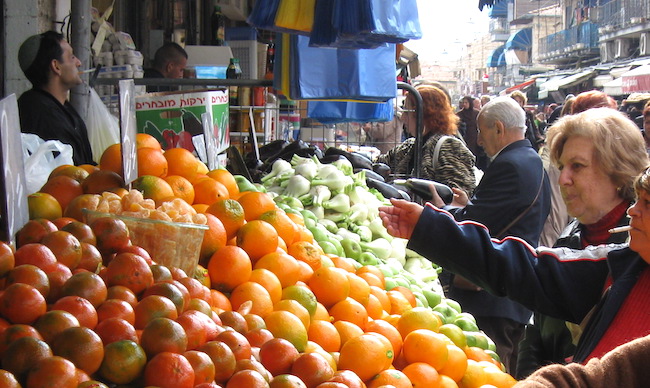 The Talmud (Kedushin 26a) says that when Rav Idi bar Avin bought land, he reserved the right to ‘close the sale’ either with money or a contract. Rashi explains that this condition allowed him, but not the seller, to retract after money – but not the contract – changed hands. Let’s say a person follows this model, and always negotiates in a way to reserve all the options for himself, leaving none of the options for the other party, even if the other party agrees. If one acts this way, could there be a problem, in midos (character traits), lifnin meshursa hadin (doing more than required), chilul Hashem, fairness, or emunah (trust) in parnassah (one’s livelihood)? Or is it perfectly OK on all levels to drive as hard a bargain as one can?

It’s absolutely the wrong thing for someone to operate in this way all the time. This is an isolated case where R’ Idi bar Avin acted this way, because of particular circumstances. But if a person always tries to get the best only for himself, and always drives a hard bargain for this purpose, it has a terrible effect, especially on his own personality. If a person is already a bad person, he will be come an even more horrible person — someone who everyone else will just run away from and regard with disgust. Secondly, the person has a lack of emunah (trust). A person is supposed to try to live and let live. The best kind of deal is when two people want to drink afterwards and say a l’chaim to each other because they’re both happy.

Run away from these kinds of people.

At the Agudah Honesty Conference, someone told a story that in Bnai Brak there was only one printing shop, and another person wanted to set up another printing shop nearby. The original printer went to the Chazon Ish, who told him, “Give him all your contacts. Show him how all your techniques. Hesek gevul (infringing on another’s territory) is not an issue here. Be overly generous. There will be more than enough business for both of you.” That was his psak (ruling). However, is that the din (law)?

If a person only follows his self-interest, it can be one of the most destructive things for him. I see this all the time. The healthiest people and the happiest people are the ones who are always generous and giving. The people who are always taking are the ones who suffer through life and are never happy. They are human leeches, always trying to extract things from other people, and in the process they destroy their own character, their children, and their family. They become obnoxious.

It is important to be a person who is generous, who looks out for other people’s benefit, who is happy when someone else makes a dollar. If someone gets the better of you, don’t lose any sleep over it. Just laugh. You may have lost something tangible, but the other person, unfortunately, has lost part of his neshomah (soul). Let him get away with it, because the five dollars is not important. I always pray that G-d should give the other person a pure spirit.

NEXT WEEK’S 67: CONTRIBUTING A CAR TO CHARITY

I want to contribute my old car to a charity, and the charity says that they will write me a receipt – for tax deduction purposes – for the full ‘book value’ of the car. There are some major things wrong with the car, that makes its actual value less. Is there a problem in using this receipt on my taxes?