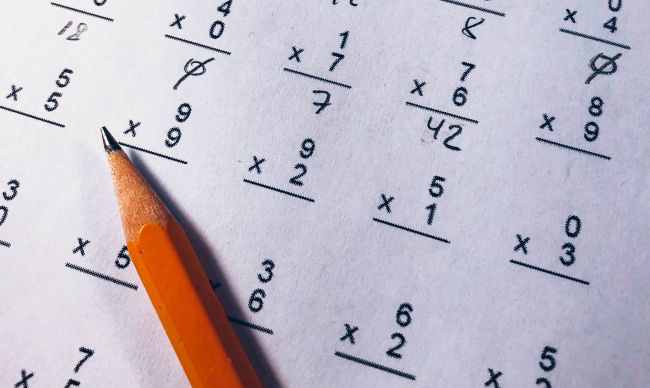 When Other Students Use a Stolen Test

QUESTION 79: WHEN OTHER STUDENTS USE A STOLEN TEST

I’m a university student, and I’ve been in several classes where the test marks are curved. The teacher gives the student with the highest score the number of extra points he needs in order to have a total score of 100. Afterwards, the same number of points are added to every other person’s score. For example, if the highest score is 90, each person gets 10 points added to his score. In one class, the vast majority (about 80%) of the students had advance copies of the test. I was offered the answers, but of course, I refused. Now, I am at a disadvantage compared to the other students. Do I have any recourse? Should I do more to protest to my fellow students? Is it advisable to tell the professor? What can I do?

This is difficult to answer. This type of question manifests itself in many ways.

If everyone knows the answers and you don’t, there is a chance that you will look very bad. Still, a person shouldn’t use stolen tests. On the other hand, you can’t run and tell the professor, since that will ruin a lot of people, and I’m not sure if you should be the one to do it. It should be done, but not by you.

At the same time, protesting to your fellow students when you are offered the answers ahead of time will not help much. They’ll just laugh at you, and still use the answers. They may be desperate, since they want an opportunity to pass the course.

There are thousands of reasons they might come up with to justify what they’re doing. “It’s pikuach nefesh” (a life or death matter). Or: “It will spoil the shidduch (potential marriage) if I don’t,” and so on.

This is one of the situations where being totally honest places one in a difficult position. I think that a person in such a situation should study exceptionally well, even if it’s difficult to avoid getting some wrong answers on the test. If every other person will have all the answers, and they all amazingly score 100, probably the teacher will see there’s something fishy going on and examine the matter. The teacher will come to his or her own conclusions, without your getting involved. But the choices for you are very difficult. There’s almost no viable choice here that can fix the situation for you perfectly.

Let me clarify something. Studying for tests is important. But nobody has to totally devote days and nights for one test. It is better to be a 90 student instead of a 100 student. You can’t ruin your health and your sleep by studying day and night.

However, in this particular case, I think you should exert yourself even more, so that instead of getting a 91 or 92, you might get a grade even higher than that. This way, the teacher will be sensitive to the fact that you got an honestly high mark. Why? Because even if you’re at the bottom of the curve, you still did well enough to show that you are a serious student, even if you did not get a perfect score like the others who had the answers in advance.

So you could end up suffering by being honest in this case. Should your attitude be that since everything comes from Hashem, this is only a test, and I have no choice but to be honest? Should I be thinking that however the chips fall, everything is in Hashem’s Hand?

To take the test and put down stolen answers is a very dishonest thing. The fact that so many people do it is really very little consolation.

I was once told that in a very well known college, one of the deans announced that some people gave out the answers to a midterm to some students, and he described some of them as “boys in skullcaps.” It’s a very big chillul Hashem (desecration of Hashem). The amount of cheating that goes on today is just mind-boggling. A person shouldn’t be able, or willing, to write stolen answers on a test. You should study a lot so that you get a good – and honest – mark.

The only thing is, with a curve system, you’ll be punished unfairly because you’ll end up many points behind the others. Still, you can’t do something dishonest. Hopefully the truth will come out sooner or later. The teacher, if he has any brains to understand what’s going on, might notice the highly improbable marks. Then again, he may not. It’s interesting how some teachers might be extremely learned and skilled at teaching complicated subjects, yet when it comes to simple matters such as human issues, they have no clue about what is going on!

Being honest in this situation is just something that you have to do. I understand it’s very difficult. It’s something that at first glance may seem to be foolish, or even extreme, but it still is the right thing to do. I believe that a person who is fully honest will come out on top. It may not surface during this course. The teacher may not detect the cheating, and being honest may pose a problem at this time. But in the long run, the honest person will come out on top.

The others who stole the test this one time will probably be foolhardy enough to expect that they’ll be able to do it another time. They might stop studying and end up doing much worse than you. Honestly studying and preparing, without taking any detours, is the correct thing to do. That person ultimately will come out on top with a superior academic record and reputation. Even more, his moral reputation will be unsullied. There may be a momentary loss in the short term, but the gain is much more far reaching in the long term.

Again, I’m just looking at it from the aspect of loss and gain – an aspect that must be explained to people. It’s difficult to just tell people that it’s worth sacrificing one’s grades and academic standing for honesty, because “it’s the right thing to do.”

Yet, I think that this is the attitude one should have. There’s the likelihood that this will be an isolated incident, and that a lower mark on this test won’t be that damaging. This makes it somewhat easier for a person to choose the ‘honesty’ option in this situation.

However, I am absolutely certain about one thing. It always happens that a fully honest, hard-working student ends up on top. The others somehow get deeper and deeper into schemes, and actually end up digging a very deep hole for themselves, which can be very hard for them to get out of. Ultimately, cheating can be like a drug. A person who does it once, will begin to enjoy it. Even when he tries to stop, he can’t. Eventually, he can’t exist without it. Eventually, he will pay the price.

If you break something in a store, who is the person you should ask whether or not you have to pay for it? Should it be the owner, manager, or is it okay to ask a cashier or salesperson. I’ve found that cashiers and salespeople invariably say it’s okay, since they don’t lose anything. For example, in a supermarket chain, my daughter broke a large yogurt, and the cashier refused to accept payment. Am I still required to go ask the store manager?

« Taking Money Found on the Street
Breaking Something in a Store »