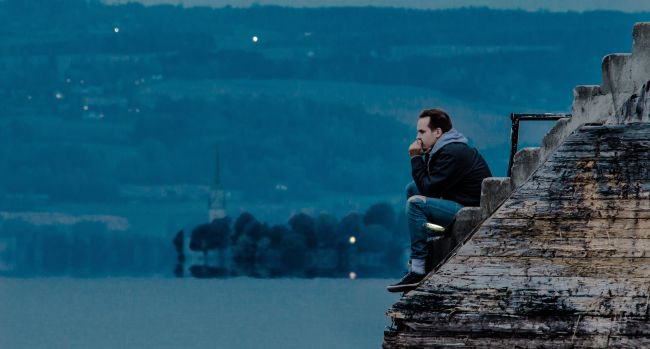 Chapter 2, Law 4(b) – Silence and the Road to Self-Discovery

“A person should always accustom himself to keeping silent (lit., ‘should increase his silence’). He should speak only of matters of wisdom or matters pertaining to his living needs. It was said regarding [the Talmudic scholar] Rav, the student of our holy teacher [R. Yehuda haNasi], that he never engaged in idle chatter his entire life. This, however, is the speech of most people. One should even limit his words when discussing matters pertaining to one’s living needs. Regarding this the Sages commanded us, saying: ‘Whoever talks excessively brings about sin’ (Pirkei Avos 1:17). And they said, ‘I have not found anything better for oneself (lit., ‘better for one’s body’) than silence.’ (ibid.)”

Last week we discussed the preciousness of the Divine gift of speech. As we explained, unlike animals whose communication is limited to expressing their physical wants, man was granted speech on an entirely higher plane — as a means of expressing his soul. This is why the Sages look so askance at empty speech. It is not only a matter of the wasted words. It is the taking the very tool G-d granted us to express our souls and using it to express our bodies — our physical wants and animal drives.

This week I would like to approach this topic from a different perspective. Thus far we have said that since speech is such a valuable commodity we must not waste our words or sell them short of their potential. But in truth silence is much more than just a lack of wasteful speech. As the Rambam implies, there’s a great value to developing the ability to remain silent.

There are actually a lot of ways of bringing this out — the importance of being a good listener, of not being too aggressive, the self-reflection it engenders. While I’m at it, I’ll make reference to another Pirkei Avos class I wrote on a related subject — Chapter 3 Mishna 5. (Gee with 350+ classes out there, there’s almost nothing new to write nowadays…) However, this time I’d like to convey a single relevant message. It is actually one I’ve observed myself from my limited experiences as an educator.

Most of us are very image conscious. We’re concerned with our external appearance and with the impression we make upon others. This is of course natural; there’s no reason not to present ourselves as favorably as we can. Yet I often find it excessive — especially among the young. Some people are so busy cultivating their own image that it’s difficult to get them to actually listen to what is being said to them. As I heard R. Motty Berger once complain, youth today walk around as if they’re the stars of their own television mini-series. Say something to them — perhaps something meaningful and significant — and they’ll be too busy thinking of a “comeback” or imagining how their TV role model would respond that they never even stop and think about what is being said to them. The words just do not register. And they spend so much time projecting an image of whom they’d like to be that they never begin thinking about whom they actually are. (2018 update: This is so much more true with social media today.)

As a result, only when such youngsters are far older do they really pause and begin to ask themselves the real questions of life — who they are, what are their values, what should they believe in — which any thinking young adult should have asked himself years earlier. Only years later — quite possibly when it’s too late to do very much about it — do such people ask themselves if the performance they’ve been staging all these years is who they actually are.

Silence thus engenders within ourselves the ability to hear and absorb what others are saying. It allows us to grow out of ourselves, to pause and truly be receptive to other thoughts and points of view. Rather than being wrapped up with ourselves and the impression we make, we must at times pause and truly listen — and understand what is beyond.

But there is an even more pernicious manifestation of this problem. We’ve all come across people who seem to always be talking. Certainly such speech itself is excessive and usually out of place. But I feel it often betrays an even deeper flaw. Talking is a form of asserting oneself, of getting the last word. If someone says something to you (especially something critical) and you answer back, it’s basically a form of refusing to take anyone else’s words sitting down. You have to respond; you have to have the last word. No one else’s words can be accepted for what they are — however valid they may be. You must stay on the defensive and hold your ground.

And I’ve found this among students as well. Some students have to always have the last word. Whatever you attempt to explain to them they must restate their own way. Now of course, that could be a very good quality. To truly understand, the student must attempt to express the ideas himself and put the thoughts into his own words.

Yet often, the motive is more sinister: The student must “hijack” the words. I don’t want to be told. I don’t want the words to change me. I want to be in control of them. I’m too sure of myself and set in my ways. And to the teacher’s exasperation, such a student can never actually hear and accept the teaching. He has to restate and reshape the words, construing (and usually misconstruing) them into a form he’s willing to accept. Rather than accept what the teacher is saying and absorb the teaching for its full worth, he must take the words and fashion them according to his liking. I’m in control of myself; I am who I am. And I decide what enters and how.

Silence, however, allows us to absorb — and be shaped by — what we hear. Hear the words, take and ingest them for what they are. Be passive, be silent. Allow yourself to be shaped by wisdom greater than yourself. Silence enables us to open ourselves to new ideas and new ways of thinking. And it’s not only a matter of having good ears and a reasonable attention span (themselves not easy qualities to come by). It requires openness and sincerity, a willingness to absorb new ideas and allow them to influence us for the better. Let the words change you; take them for their full and absolute worth. And only then will we learn to think outside the box and grow to become who we are not today.

(Needless to say, we must be sufficiently discerning to know what is worthy and what is not. We all know how many charlatans and snake oil salesmen are out there peddling “truth” — on the Internet in particular. We must be selective what we allow in. There have been many all through the generations who have introduced “new and improved” version of our timeless Torah. But when we do discover truth, we must find within ourselves the ability to incorporate and integrate, and to grow from what we hear.)

Let me just conclude by tying this in to the statement from Pirkei Avos which the Rambam quoted above. R. Shimon said that his entire life he grew up among the Sages, and he has not found anything better for oneself than silence. I believe there’s a deeper idea implied in his words. The precise translation of his words is actually that he “has not found anything better for the body (la’guf) than silence.” It seems a peculiar choice of wording. Why bring up the body?

But I believe the idea is as we wrote above. For one to truly grow from his studies, he must be malleable. He must see himself as a body — almost a shapeless mass, ready to be molded by the wisdom he studies. Only then will the wisdom he studies truly move him and fashion him into a greater human being. And further, when wisdom penetrates a person so deeply, it permeates his very body. Even our bodies will respond to such wisdom if we only let it in. Our very essence will be shaped. And rather than our bodies weighing us down with sluggishness and desire, we will become whole human beings, body and soul, fashioned through and through in the image of G-d.