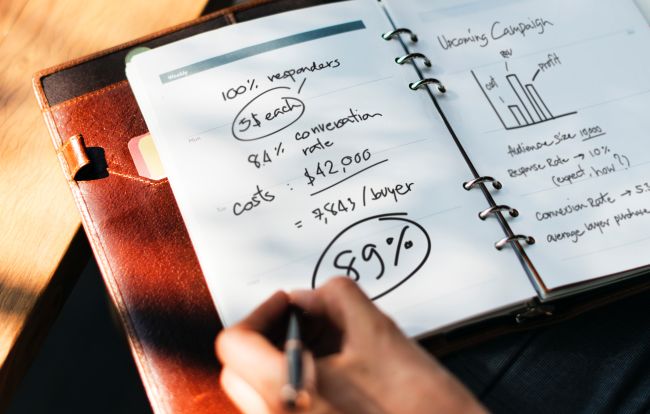 “The business dealings of the Torah scholar are with truth and faithfulness. His ‘no’ means ‘no’ and his ‘yes’ means ‘yes’ (lit., “he says on ‘no’ ‘no’ and on ‘yes’ ‘yes’.”) He is exacting upon himself in computations, and he gives and is forgiving to others when he buys from them. And he should not be exacting regarding them. He pays for merchandise immediately (i.e., without buying on credit). He should not become a guarantor [for others’ loans], nor come [before the court] with power of attorney [to represent another].

“He obligates himself in matters of buying and selling even in cases in which the Torah does not obligate him, in order that he fulfill his word without change. [Whereas] if others become obligated to him by law, he is patient with them (lit., ‘he prolongs for them’) and forgives them.

“He lends graciously (lit., ‘he lends and is gracious’). He does not compete in his fellow’s profession. And he never causes anguish to any person in the world during his lifetime.

“The rule of the matter is that [the Torah scholar] should be of the pursued and not the pursuers, of the oppressed and not the oppressors. And one who does all these acts and the like, regarding him the verse states, “And He said to me, ‘You are My servant, Israel, in whom I will be glorified'” (Isaiah 49:3).”

The Rambam this week is continuing to discuss the more upright behavior appropriate for the Torah scholar. This law relates closely to the previous, discussing the scholar’s business practices.

The basic theme this week is that the scholar must be impeccable in his business dealings. There are many good and straightforward reasons for this, as we’ll discuss below. Beforehand, however, I’d like to take quick note of an interesting side issue in the Rambam.

There were two points the Rambam made which surprised me when I first read them. (The commentators in fact struggle to find a source for the first of them.) They are that one should not guarantee his fellow’s loan nor represent him in court. It appears that the Rambam frowns on getting oneself entangled in another’s legal or financial quandaries. As great as charity and acts of kindness are, one should generally avoid assuming responsibility for legal or financial messes which are not his own.

Beyond this, the Rambam’s advice this week is readily understandable. The Torah scholar’s professional life must be beyond reproach. He must keep both his word and the law to the letter, the spirit and beyond. His greatness in Torah wisdom must reflect in all areas of his life. His Torah study must never be an abstract exercise in developing his mind or contemplating his G-d. It must rather be a meaningful and practical exercise in improving his character and behavior. His wisdom must manifest itself in his real-life behavior. Even beyond the specific legal laws he studies, the scholar’s Torah study must transform him into a greater and more considerate human being.

Further, the Torah scholar must always keep in mind that his behavior reflects on the Torah itself. People judge the Torah not so much on the wisdom of its words but on how its practitioners behave. If the scholar cuts off other drivers or outmaneuvers others in business — even in ways not technically illegal — others will not see his misconduct as his own personal failings but as a reflection on the Torah he studies. If one can study Torah and allegedly be close to G-d and act like that (whatever exactly the “that” is) — then there’s obviously not much to Judaism and no point seeking spirituality. To begin with people are always looking for excuses not to pursue religion; the Torah scholar should not be the one to give them one.

A final reason the Torah scholar must be especially meticulous in his dealings is the simple result of his understanding of Divine providence. If the scholar truly understands that everything that occurs in this world is because G-d determines it, then what really is the point of attempting to pull a fast one on one’s customer or competitor and earn a few bucks? Doesn’t G-d ultimately determine his bottom line? The Talmud states that a person’s yearly income is determined every year at Rosh Hashanah (Beitzah 16a). Now if G-d wants me to have another thousand — and I’m putting in my reasonable efforts — I’m sure He’ll be able to provide it without my having to resort to questionable practices. Do you really think G-d decreed at Rosh Hashanah that Joe Schmoe will earn $50,000 this year — but only provided that he claim this and neglect to report that and falsify something else? (None of which are exactly a ‘yes’ which means ‘yes’ and ‘no’ which means ‘no’.)

Rabbis often complain that laymen regularly approach them with questions regarding shady business practices. Can I tell the IRS or the insurance company this when it is “basically” true, while concealing this or that inconvenient little detail? Or can I tell the airlines I’m going to here and coming from there etc.? (As R. Yitzchak Berkovits once put it, telling the airline things not exactly kosher — or certainly not as kosher as the glatt kosher meal they intend to order along the way.)

Well, I guess it’s certainly better that such laymen ask rather than do without asking. But the point is far more basic than if such practices are legitimate from a legal standpoint, or if a loophole can or cannot be found. Rather, the real issue is one of belief in G-d. If you truly believe G-d is calling the shots, then what really is the point of even trying to steal — or cut some ethical corners? Don’t you believe that G-d controls our bottom line? You might fool your customer, but do you really think G-d is going to let you get away with it and come out ahead?

And keep in mind, G-d doesn’t need perform open miracles to ensure your scam doesn’t succeed. You may come out ahead here but mysteriously your fridge or car engine will give way very shortly after. Pirkei Avos states, “The collectors make their rounds constantly every day” (3:20). If G-d really does control our bottom line — which the Torah scholar of all people must certainly believe — then it should come as no surprise that crime quite literally does not pay.

I once heard the following story regarding R. Yosef Dov Soloveichik OBM. He once retired to his study to work out a particularly difficult Talmudic topic, telling his wife beforehand that he needed some uninterrupted time and he was not to be disturbed by visitors. A short while later, a fellow came along knocking loudly at the door of the rabbi’s study, asking for a donation for his cause. When the rabbi inquired as to how he was granted entry, he explained that he comes every year for a donation and he was sure the rabbi wouldn’t mind his brief visit. “Well then,” said R. Soloveichik, not even trying to hide his annoyance, “every year I give you $25. This year I’m only giving you 10!” And he abruptly sent the fellow off.

The rabbi then returned to his studies. Not long after that, a loud crash came from the front of his house. When the rabbi hurried out to see what had occurred, he found that his wife, while backing out the car, ran over and destroyed their garbage can. Quickly putting two and two together (which naturally, the rabbi was quite good at), R. Soloveichik asked his wife how much it would cost to replace the garbage can. The reply — $15.

After that incident, R. Soloveichik would use that story to illustrate the enigmatic concept of bringing a goat-offering to Azazel (see Leviticus 16), in which the High Priest during the Yom Kippur Temple service would ostensibly offer a sacrifice to Satan. The priest would confess Israel’s sins upon the goat and send it to a rocky, desolate cliff to be pushed off to its death. Although there are much more Kabbalistic explanations of this service, one simple thought is as follows. We are taking all the “benefit” we derived throughout the year serving Satan and destroying it, as if to say we now recognize that it was all illusory. We never gained from obeying Satan. We might have thought we did initially, but after all is said and done we never came out ahead, neither in this world nor the next. Sooner or later G-d collects his debts. The gains we thought we accrued we now return to Satan and destroy, in acknowledgment that it was never truly ours.

This I feel is the most important message of the Rambam this week. And speaking personally, I’ve found this to be the strongest deterrent against dishonesty myself — the clear understanding that G-d controls the ultimate outcome of all things. I personally had two incidents shortly after we moved to Israel in which due to bureaucratic error and the like, we were handed relatively large sums of money we did not deserve. In both cases, I’m happy to say, we promptly returned the money. (In one of the cases the government agency afterwards realized its mistake anyway.) For again, if G-d really wants Dovid Rosenfeld to become rich (which apparently, He does not…), I can’t imagine He will only do so if I take income of questionable legitimacy. G-d has His ways and no shortage of reliable messengers — both to give and to take back. We would do well to recognize that in the final analysis it all depends on and belongs to Him.