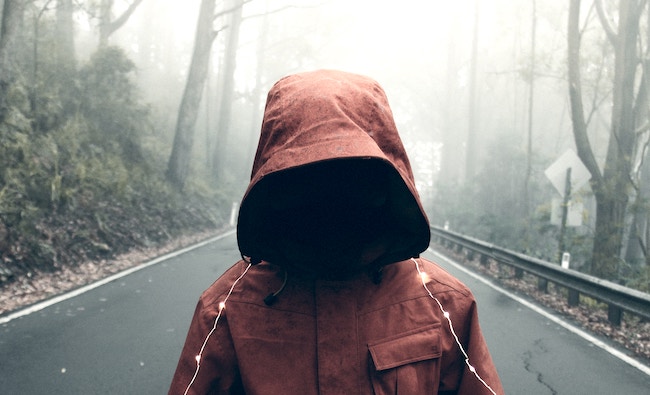 What is teshuva (repentance)? It is when the sinner forsakes his sin, removes it from his thoughts, and determines in his heart not to do it again. [This is] as it is stated, ‘Let the wicked one forsake his way, and the man of iniquity his thoughts’ (Isaiah 55:7). [The sinner should] likewise regret that which he transgressed, as it is stated ‘For after my repenting I regretted, and after it was made known to me I slapped the thigh’ (Jeremiah 31:18). “The One who knows hidden things should [be able to] testify that [the sinner] will not return to this sin ever, as it is stated ‘And we will not again call the work of our hands our god in whom the orphan finds mercy’ (Hosea 14:4).

One must confess with his lips and articulate these matters which he has decided in his heart.

This week’s law has several significant points which we’ll look at below. First, however, I would like to deal with a brief surface issue which requires explanation.

The Rambam quoted Hosea 14 as proof that true teshuva (repentance) is where G-d Himself can testify the sinner will never return to his sin. The verse seems to have little relevance to the case at hand, stating simply that the Children of Israel would no longer deify the works of their hands. The commentators explain that the Rambam appears to base himself on the previous verse in Hosea, in which the people are enjoined to give their word to G-d that they will improve. The implication is that the repentance they would then do — rejecting idolatry — they would first promise G-d to fulfill. G-d is thus called to witness their deed, and if they follow through, can testify that they have fully repented.

Let us now look more closely at the repentance process as described by the Rambam. The Rambam outlined a three step process: (1) Stop doing and even thinking about the sin, (2) commit never to repeat it again, and (3) regret your past. He tops it off by saying that G-d Himself should be able to testify to step 2. And finally, the Rambam states that the entire process must be articulated — as we discussed the importance of verbal confession in the previous chapter (see especially 1:1).

There are several issues worth examining here, but I think most compelling is to begin with the second step of the process. The Rambam states that the repenter must commit to never repeat his sin again — and G-d Himself must be able to testify to that effect. Now is this really realistic? Can we honestly stand before G-d on Yom Kippur every year saying we will never sin again? (Like, what happened the last 30 years we said this?) Are the Sages instructing us to fool ourselves — to attempt to convince ourselves of something we know in our hearts is not true?

I suppose if a person murdered once in his past, he can claim with some justification that he’ll never do it again (especially since his warden wouldn’t trust him with anything more lethal than a teaspoon). But the sort of sins most of us are guilty of — getting a little too hot under the collar, arriving late to the synagogue, not praying with enough concentration, being a little careless with negative speech etc. — we basically know we’ll do again. Our goal every year (or at least my own personal goal) is to slowly improve ourselves over time, to eventually overcome some of our underlying flaws and become better human beings. Most of the issues we grapple with require a lifetime of effort to truly surmount.

Along the same lines, say we do sin again the coming year — which we are most certain to do. Does that retroactively invalidate our repentance? Does that mean that we never truly repented because it is now clear that we did not do the process properly: we missed step 2? (Or is it good enough to say you’ll never repeat it even though in retrospect the claim was false?) If so, repentance for the vast majority of our sins is basically an unachievable goal!

My teacher R. Yochanan Zweig answered along the same lines as we discussed last week. We discussed last week how one of the strongest forces which holds us back from improvement is identification with our past. People feel a strong attachment to their past behavior. It is who they are; it’s part of their self-definition. It gives them a sense of security, that their past is still a part of them and is being further built upon. Conversely, if I admit that my past behavior was a mistake, it will almost feel like an amputation. Years of my life were a fallacy which should never have occurred. It’s almost a form of regretting a part of my very self, of rejecting years of my history as an unfortunate waste.

Based on this, we explained why the Talmud (and Rambam last week) stated that true repentance is being in precisely the same situation as when one sinned — the same woman, the same place, the same setting, etc. — and refraining. Why precisely the same situation? Why not just the same degree of temptation? The answer is that the test of repentance is not only if I can withstand temptation but if I have disassociated myself with my past. Am I prepared to reject my past and admit it should never have happened? Am I prepared to start anew today — like a newborn with no past? Thus, the true test is placing my precise past before my eyes and separating from it. Only then do I truly demonstrate I am a new man.

This too is the Rambam’s meaning here that the repenter must be able to say he will never repeat his sin. The meaning is not that he can testify about the future — who knows what tomorrow will bring and what new challenges he will face? Rather the idea is that the sinner can state unequivocally that he will not return to his past sin (this is the precise translation of the Rambam). He may sin tomorrow but it will not be because he sinned yesterday. It will not merely be the returning to his old ways. It will be a new slip. His past is rejected, something he regrets and will never return to. If his Evil Inclination will again get the better of him — which it most certainly may — it will be a new battle and a new, unrelated setback.

With this understanding of step 2, some of the Rambam’s other points come into clear focus. The Rambam began by stating that the sinner must first stop doing the sin. Well, that certainly makes sense. Asking G-d to forgive you for what you still do is hardly penitence — it’s more like spitting in Heaven’s face. “I shouldn’t have — but I probably still will.” Guilt that may be, but it certainly isn’t regret.

The Rambam then adds that the sinner should no longer even think about his sin. This too is a throwback to last week’s discussion. The sinner must disassociate his past behavior from his mind. Those weren’t the “good old days” when he lived it up but sadly, today he knows better. Rather, the sinner must cringe at the very memory of his past behavior, wishing it had never occurred. He no longer reminisces over his past — as a still cherished part of him. He has disowned it; it is a part of his disavowed past. He removes it from his psyche and self-awareness.

The Rambam then states that the sinner must commit never to return to his sin, and finally, that he must regret his past. Now this point struck me at first. Why is regret the final step of the process? Isn’t that basically what starts off the entire process — feeling bad about one’s past behavior?

The answer I believe is that certainly regret is the emotion which makes the whole process go round, but it only becomes meaningful after the rest of the process is complete. First of all, if I’m still engaged in sinful behavior, it’s very hard to step back and comprehend what’s so bad about it. Still bribed by my current behavior, it’s almost impossible to truly and objectively recognize sin for all its destructiveness.

Further, if I have not accomplished step 2 — committing never to return to my sin — my regret too will fall flat. As we explained, step 2 means I have disassociated myself from my past; it is no longer who I am. Say I haven’t done this, but regret my sins (or at least so I claim). But if my sins are still a part of me, they may hold some very fond memories for me. Reviewing them may actually further pique my interest in them. If I spend time thinking (even fantasizing) about how bad I used to be — I used to do this, and I used to do that, etc. — it will bring all my rotten behavior back to the fore. It will invoke some very fond memories and stoke some very alluring past passions. I may even begin thinking, “Hey, you know they weren’t all that bad!”

(I remember one time a fellow telling my how he became more observant because in his past he did this and he did that… I got the distinct impression he was saying so more to brag about his past conquests.)

Similarly, by confessing prematurely, I may get used to the fact that that’s how I behaved. Reviewing and re-reviewing my past — even under the supposed pretext of confessing it — will actually make me more accustomed to my sins and dulled to my past behavior. And so, the more I “regret” my sins in such a fashion, the less bad I’ll actually feel. (I believe this insight is attributed to R. Yitzchak Luria, (the Ari’zal, great Kabbalist of 16th Century Egypt and Israel).)

We are thus presented with several fascinating psychological insights in the teshuva process. The Rambam outlines a short but very precise process for uprooting sin from our lives and our psyches. And not only are the steps themselves essential, but the order is equally critical. If done out of order, my “repentance” may be the very thing which draws me back to sin, whereas if done correctly, teshuva can become a spiritual healing process bringing true rapprochement with my Creator.