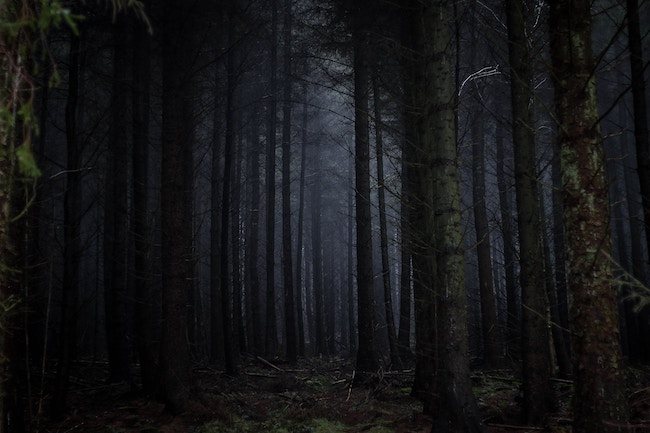 The confession (“viduy”) which all of Israel is accustomed [to say] is, ‘In truth, we have sinned…’ This is the primary viduy.

Sins which a person confesses to on this Yom Kippur, he must again confess to on future Yom Kippurs, even though he has remained in his state of penitence. [This is] as it is stated, ‘For my transgression I will know, and my sin is before me constantly’ (Psalms 51:5).

Last week we discussed the viduy (confession) which is customary on Yom Kippur. We noted that the version the Rambam presents here is much shorter than the lengthier one he outlined for the rest of the year. During the rest of the year one must explicitly state that he regrets his sins and commits to improve for the future. Here the repenter seems to need only to list his sins — not even that he regrets them — and somehow that in itself makes them fall away.

The explanation, as we discussed last week, is that on Yom Kippur far less is required to achieve atonement. On Yom Kippur we have no drive for evil; we become re-attuned to our inner selves. Thus, we need not explicitly state that we regret our evil behavior; it is self-evident. We need only enumerate those faults which are clearly no longer a part of us.

There is another important idea in this mishna, which I thought we’d devote this week to discussing. At the end of the mishna, the Rambam states that we must confess our past years’ sins as well — even those we feel we’ve fully atoned for already.

This in fact is a debate in the Talmud (Yoma 86b). One opinion there states that it is not proper to again confess sins a person confessed in the past. That opinion applies to such behavior the verse: “As a dog returning to its vomit is a fool repeating his folly” (Proverbs 26:11). (I realize the relevance of the verse is difficult to fathom — more on that below.)

The other opinion (R. Eliezer ben Yaakov), however, states that one should re-repent over past sins, basing it on the verse the Rambam quoted above: “For my transgression I will know, and my sin is before me constantly.” The other verse about a fool returning to his folly, explains R. Eliezer, is not discussing one who returns to his repentance but one who returns to his sin (“his folly”).

This is a fascinating dispute so I thought we should spend a little time examining both positions. As we know, all the scholars cited in the Talmud were outstanding and their opinions worthy of analysis — even those positions we do not follow in Jewish law. (As a matter of fact, in this case some later scholars do follow the first opinion. See for example Sha’arei Teshuva 4:21.)

Let me begin with the (anonymous) first opinion — that one should not re-confess his past sins. He bases it upon the verse in Proverbs which equates a fool returning to his folly to a dog returning to its vomit. His understanding of the verse is clearly problematic. Returning to one’s folly sounds like returning to his sinful ways — not returning to confess them! How can this scholar possibly understand this verse as a condemnation of redundant confession?

The answer I would like to suggest is that reviewing one’s past sins can have a very negative effect on a person. As we explained in past weeks, true teshuva (repentance) is utterly rejecting one’s past. It is not: “Those were the good old days, but nebach (unfortunately), now I know better and have to behave.” The true repenter cringes at the memory of his past errors and wishes they had never occurred. He has completely disassociated himself with his past. It is no longer any part of whom he is today.

Based on this, we can appreciate how dangerous it is to revisit in one’s mind his past sins. If I review my past behavior in detail — allegedly to repent over it — I may well invoke some very fond memories, even stoke up some old passions. My sins should be a part of my forgotten past; they have no relevance to who I am and what I value today. They have long been put aside and forgotten. Raising them up again before me may well do very little good and a lot of harm — returning me right back to the vomit I once thought I had rejected.

There is another equally dangerous possibility here — actually a point argued in the work Sha’arei Teshuva. (“The Gates of Repentance” authored by R. Yonah of Gerona (13th Century Spain). This is the work I quoted above as deciding in favor of the first opinion in the Talmud — that one should not confess over sins he’s already confessed in the past.)

People often want a little inspiration on Yom Kippur, to work up their emotions in order to really get excited about the day. One means of doing this is to really work oneself into a frenzy over how bad he used to be. Say a fellow really sowed his wild oats in his earlier years, only to later become more religious. He may review and reinvoke his dark past in order to overwhelm himself with horror over his earlier sins. He will then feel so penitent he’ll fling himself even closer to G-d.

The problem with such behavior (apart from what we discussed above) is that such a person allows himself to get all worked up over sins which really are no longer a part of him anymore. He will shake himself up over long-forgotten sins — and as a result will fail to focus on his newer, much more relevant faults. I once heard R. Yitzchak Berkovits (Jerusalem) state that re-repenting over past sins should take about ten seconds: “That is not who I am today.” Period. Such a person should then move on to more relevant issues and challenges. Reliving the past — even if it does make the person penitent rather than reminiscent — will merely involve him in regretting sins he should have long ago forgotten.

After that introduction, we now need to return to R. Eliezer’s (and the Rambam’s) opinion that one should confess sins he has confessed already. What about the dangers we’ve discussed up till now?

The answer is that this opinion recognizes there is much to be gained by repeating one’s repentance. Confession is not the same activity from one year to the next. It is not simply a matter of repeating every year the same “I did X wrong.” The greater we have become and the further we have distanced ourselves from our pasts, the more meaningful our teshuva becomes. Every year we have an even greater appreciation just how awful X is. As a result we will distance ourselves ever further from our past ways and regret them ever harder.

I recall, say 35+ years ago, watching television programs which even at the time I realized were hardly appropriate for a G-d-fearing Jew. However, growing up often exposed to that kind of stuff, I didn’t really appreciate how indecent and explicit such material was. (And this was 35 years back. I shudder to think what sort of stuff our youth is exposed to today — even on public television.) Thus, such viewing material didn’t bother me so much at the time — or even shortly after when I went off to yeshiva and “outgrew” such modes of entertainment. Even after I was no longer involved in such unholy diversions, I had not really rejected and distanced myself from them.

Today, however, so many more years distant from such experiences, I have come to appreciate just how inappropriate such viewing material was and the better I can distance myself from its negative aftereffects — and take equal care to distance my own children from such.

So too, argues R. Eliezer, we are obligated to rehash our past sins. Of course we must not dwell on them too heavily — neither to pique our interests in them nor to dwell on the past rather than on the present. Yet the more we grow and the further we distance ourselves, the more we will regret and the closer we will resultantly return ourselves to our Creator.