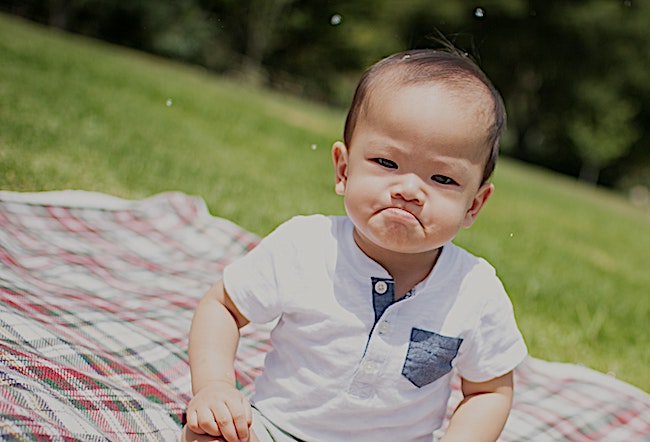 Chapter 2, Mishna 15(a): Anger and Self-Worship

They [each of the five students of R. Yochanan listed previously] said three things. R. Eliezer said: May the honor of your fellow be as dear to you as your own. Do not anger easily. Repent one day before you die. Warm yourself before the fire of the Sages. But be wary with their coals that you not get burnt, for their bite is the bite of a fox, their sting is the sting of a scorpion, their hiss is the hiss of a serpent, and all their words are like fiery coals.

In the previous mishnas, we were introduced to the five primary students of R. Yochanan and their qualities. This and the coming mishnas deal with the ethical teachings of each of these students.

Perhaps the most striking difficulty with this mishna is that it began by stating that each student made three statements, and R. Eliezer immediately proceeded to make four. A number of answers are suggested by the commentators. I will quote the one I believe to be the most plausible and well-accepted.

The commentator Rashi and others explain that R. Eliezer’s first two remarks — that we honor our fellow and that we not anger easily — are really one and the same. They revolve around the same basic principle. The only way I will be able to accord my fellow the honor he deserves is if I do not anger easily. Friendships require a lot of patience. No two people are alike. If I quickly lose patience with my fellow’s shortcomings and annoying habits — and certainly with his perceived snubs and slights, I will never “honor” him. We must be patient with differences in mannerisms, style, and even values if we ever want to get along with others. One who becomes too easily fed up with the more visible differences between him and his fellow will be unable to realize that his fellow too is a human being in the image of G-d — and that honoring him is in a small way honoring G-d.

A friend of mine once told me that his wife, during their engagement, attended one of these pre-marriage seminars on marital harmony. The young ladies were told bluntly: “Expect that there will be ten things you won’t be able to stand about your future husband” (and of course which will not change no matter how hard and often you nag (in fact that will probably make them worse…) 😉 . This is for the obvious reason that nobody’s perfect, and that when you live so close to anyone, you’ll find all sorts of annoying habits and nasty attitudes. And this is inevitable in marriage: changing partners will hardly correct the situation. If so, how does one put up with it? Through being slow to anger.

(Don’t you hate flowery lectures which make it sound as if all life’s problems can be solved with one-line answers?) 😉

If we become annoyed and impatient with our spouse’s every flaw, we will eat ourselves alive with indignation and resentment. How could he not have told me this before we got married? If, however, we recognize that all people are different and that we ourselves are far from perfect, we will have some hope of seeing others fairly and favorably, and according them the honor that they — as well as every human being — deserve.

I believe it is also significant that the author of this mishna is R. Eliezer, whom his teacher described as a “cemented pit” who never forgot anything he studied (earlier, Mishna 11). You want to know one thing that makes healthy relationships very difficult to maintain? A great memory. Remember exactly what he said, how he said it, and that nasty look he had on his face at the time — and it will smolder eternally. All we have to do is review it hundreds of times in our minds, and we will never recover from it. (I sometimes consider myself fortunate not having been blessed with a steel-trap memory. I’ve been ranked out enough times in my day (as all of us have) — and I’m usually able to laugh it off two weeks later.)

R. Eliezer was well aware of the dangers of taking things too seriously and remembering them too well. We all slip and have our angry moments. And we all say things we deeply regret afterwards. Both parties in any marriage or relationship must learn how to forget, to brush off, and to recognize that all people are human. They are human in possessing all-too-human faults, and they are human in being divine beings in G-d’s image. Only if we recognize that human beings, for all their faults, deserve the utmost respect, will our fellow’s honor be as dear to us as our own. And only then is there some hope that we will bear it, laugh about it, forgive, and forget.

On a different note, the commentators note that R. Eliezer does not recommend that we never anger, only that we be slow to anger. The commentator R. Yonah explains that human nature is to get angry at times. It is unrealistic to insist that we never anger. Anger will well up within us on occasion no matter who we are. R. Eliezer’s language — to translate it precisely — is that we not be light or easy (“noach” in Hebrew) to anger. It must not be reflexive. We will anger at times, but the true test is how we respond when those feelings arise. Do they blaze forth from us in blind rage, or do we consider more carefully if the situation warrants an angry response? Sometimes it does — if for example a young child cannot be trained not to run out into the street. But it must result from careful consideration. We must rule our passions rather than allowing them to rule us.

We find the Talmud almost contradicting itself regarding anger. On the one hand, it equates anger to idolatry: “One who tears his clothes, breaks his utensils, and destroys his money in his rage should be in your eyes as one who commits idolatry” (Shabbos 105b).

On the other hand, there are times when anger — even what would seem a violent outburst — is deemed appropriate and even praiseworthy. There is a mishna which states that if a father strikes his child or a rabbi his student while disciplining him and inadvertently kills him (not exactly a slap on the wrist), he is exempt from any punishment, for he was involved in the performance of a mitzvah (good deed) (Makkos 2:2). Similarly Pinchas the Priest, for slaying public perpetrators of an immoral act, was rewarded by G-d and extended a covenant of peace (see Numbers 25:1-15).

The difference is along the lines we wrote above, and as will see, is not simply a matter of degree. Why does a person lose his cool? Usually because things are not going his way. Someone isn’t listening to you; you’re in a hurry and the copier is taking too long; you haven’t been able to get a thing done all day and then your kid recklessly knocks over and shatters the vase or someone cuts in front of you in line. And you lash out. You strike out against whatever is nearest: you bang your fist on the table. Is it the table that you’re angry at? And if not, why take out your wrath on a poor defenseless table?

The answer is that we feel anger when we feel we are losing control of life. Things aren’t going my way. I can’t get anything done. I planned it all out and nothing is working. Life is out of control — and I am helpless to do anything about it. And so, I burst forth. I strike out against whatever is nearest. What does that accomplish? It is my attempt to assert myself. I am real. I make a difference, I make myself noticed, and so I have reality — and a feeble sense that I control my surroundings. For I am in control: I can destroy. I can yell, bang my fist, hurt others’ feelings, and in my own perverted way, make myself master of my own little world.

Who in truth controls the world? G-d. If I become incensed whenever my plans are frustrated, when my sense of control is compromised, then I am ignoring this reality. For this reason the Sages equate blind and destructive rage to idolatry. If I yell back at someone who has yelled at me, then true — I forget that nothing happens in this world without G-d’s acquiescence, but at least my anger is directed at the perceived source of my annoyance. But when I lash out viciously against anything, against inanimate objects, it is an attempt to make myself the center and master of my own universe. And that is simply not the case. We are obligated to put in our own effort, but in the final analysis G-d determines what does and does not get done in this world. And if I fail to accept this, I am worshiping myself. (Based in part on a Torah thought heard from R. Yochanan Zweig.)

One, however, who recognizes that life does not always go the way he wants, will anger far more sparingly. He will not anger because of his own frustration, but because there is some legitimate issue to anger about. A child needs to be disciplined; others are mocking Torah values. If I realize that this is G-d’s world and not mine — and even more importantly that what happens to me here only occurs because G-d allows it — then I will have far less reason to anger — and the world will in turn become a far godlier place.

I cannot overstate the significance of this distinction. Anger is a powerful emotion, and as all powerful drives, it can be a source of great strength or of catastrophic evil. My teacher R. Zweig once gave a simple illustration. You strike your child for acting out. It might have been the best possible act of instruction for that child at that time — educationally just what he needed (assuming hitting your kids is in the bounds — not a discussion for now). But let’s say you did it to let out your own frustrations — because he wasn’t listening to you. In that case, as far as you’re concerned you have just done an act of child abuse — and G-d will judge you accordingly. The same act. But if you are doing it because of your own frustrations it is tantamount to idolatry. If, however, you are doing it because this is G-d’s world and His will must be carried out, you are a true servant of the Almighty, and as Pinchas the Priest, you will receive from G-d a covenant of peace.