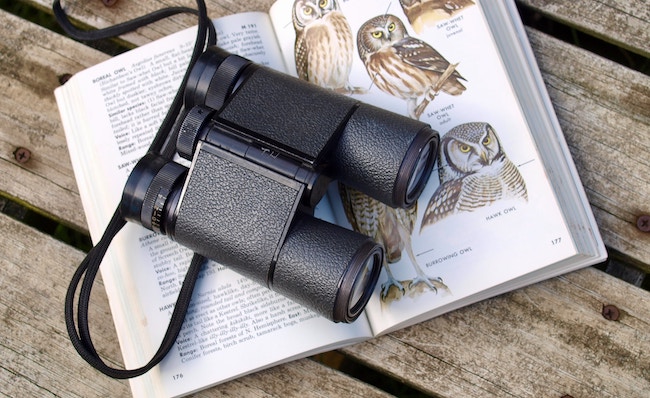 Seven types of punishments come to the world on account of seven basic transgressions. If some people tithe and some do not, a famine caused by [partial] drought will result; some will be hungry and some will be sated. If people have determined not to tithe, a famine resulting from both unrest and drought will result. [If people have also determined] not to separate challah [from their dough], a fully destructive famine will result.

This mishna lists various punishments meted out by G-d for different types of sins. (The complete list of seven transgressions continues into the next mishna. In some editions of Pirkei Avos this mishna and the next are combined.) The punishments illustrate the extent and precision of G-d’s justice. In each case — as we will soon see — the punishment fits the crime precisely — in fact bringing to light the exact failing of each sin in ways we might not otherwise recognize.

The first set of transgressions deals with the tithing of produce. This was a major aspect of agricultural life in ancient as well as in modern Israel. A portion of the produce (~2%) was given to the Priests, 10% was given to the Levites, sections of the field would be left for the poor, an additional 10% was consumed in Jerusalem or given to the poor (depending on the year of the agrarian cycle), first fruits were brought to the Temple, and every seven years the fields were left fallow. Finally, when kneading a sufficient amount of dough, the “challah” portion would be set aside for the Priests. (This is apart from the tithing of animals, the tithing of wool, the gift of the firstborn animals, etc.)

The sheer volume as well as the complexity of crop laws would test the resolve of even the most devout of farmers. (The modern, white collar equivalent of this — also considerable but somewhat less taxing — is the accepted practice to tithe all earned income (after deducting expenses).)

Such laws were evidently a great challenge to the Nation of Israel throughout its abode in the Holy Land (see 5:12). Jews have always recognized the significance of such forms of religious expression as the Sabbath and the holidays. Taking a little time off from work makes sense. No one can work seven days a week without break. Time off from the daily grind — for both physical and spiritual rejuvenation — promotes a healthy body as well as a healthy mind. The Jewish holidays too are a time to commemorate our past and realign ourselves with our heritage — as well as providing us with meaningful as well as much needed vacation time from the unending monotony of daily living. In fact, quite a number of the laws of our Torah — whether or not man would have come up with them on his own — just plain make sense to the thinking Jew and can be deeply appreciated if observed properly.

Tithing is a very different matter. Here G-d “interferes” with something much nearer and dearer to us — our earnings, and ultimately, our careers. What we earn through our own ingenuity or the sweat of our brow holds a special attachment to us. The Talmud writes that three things are particularly “dear” to a person (even if they are not the world’s finest) — a person’s hometown, his wife, and a purchase for which he spent money (Sotah 47a). What we earn or acquire through our own efforts practically becomes a part of ourselves.

When a religion asks us to part with our spare time — that we spend weekends or vacation time in spiritual pursuit — that we can tolerate and even appreciate. There are many who find religion an interesting and rewarding excursion — a fulfilling way to spend a spare Saturday or Sunday (or at least a small part of it). Judaism, however, in asking that we hand over our earnings, demands infinitely more: that we give ourselves.

(For that matter, I’ve come across many people over the years who have had a sincere interest in Judaism. They wanted to understand more and observe more. Yet they often would see religion as a meaningful diversion — almost as a hobby. If a lecture or Jewish event occurs in the evening or on a Sunday, they would be more than happy to attend. If, however, it interferes with work — nothing to talk about. (I knew one such person who had a real but casual interest in Judaism, yet because of the primacy of his career, found himself entertaining an important academic associate for the entire day of Yom Kippur.) I hate to put it this way, but one has to really question if such people are really ready to make a serious commitment to Judaism. Judaism as a way of life is truth and meaning; as a diversion from life is glorified bird watching.)

Judaism asks what for many of us is the ultimate sacrifice — our hard-earned incomes. Not only must we hand it over to G-d, but we must give of it freely to people who expended no effort over it — to the poor (and of course it’s their own fault they’re poor, etc. — we seem so qualified to play G-d when people come to our door), and to the non-working tribe of Levi.

The message is thus, clearly, that we are no more than custodians of our wealth. It is all a gift from G-d. He could have just as easily bequeathed it to the poor man as the rich. He granted it to us in order that we use it in the manner He intended — that we help those less fortunate and those who — as the Levites — are devoted fully and entirely to the study of Torah.

Lastly, if we fail to understand this message — if we fail to recognize the true source of our wealth — G-d will find need to remind us. Thus, if some tithe while others do not, a partial famine will ensue. (G-d will take down the stock market, cool off the housing market, etc. — He has no shortage of means.) Only those who withheld from others will suffer. If no one tithes, a more widespread famine will ensue, resulting from some other type of catastrophe, such as war or revolution. Finally, if even the tithing of dough is neglected, total famine will follow, resulting in widespread suffering and loss of life.

But G-d does not only punish us to remind us of this message. He rewards as well. The Talmud writes that charity is the one commandment that we have the right to “test” G-d (Ta’anis 9a). In the Book of Malachi G-d exhorts the people: “‘Bring all the tithes to the storehouse (of the Temple)… and test Me in this’ says the L-rd of hosts, ‘if I will open for you the windows of the heavens and pour out to you blessing without limit'” (Malachi 3:10).

Ordinarily, we have no right to test G-d. (“I will believe in You only if You give me a sign,” or “I will keep the Torah only if You give me what I want” etc.) G-d does not give free handouts. We pray to G-d and He is merciful, but this world provides no assurance that He will answer — or that the answer will be yes.

Charity, however, is different. We have the right to test G-d: to give more charity and to fully expect to see results. (I leave this as an exercise for the reader.) 😉 It is thus literally in our hands to make G-d more evident in our lives — to give to Him and visibly see Him give back to us. Charity thus provides us with the opportunity — the privilege — of letting go: of giving over a part of ourselves to G-d — and in the process of allowing G-d to enter our lives.