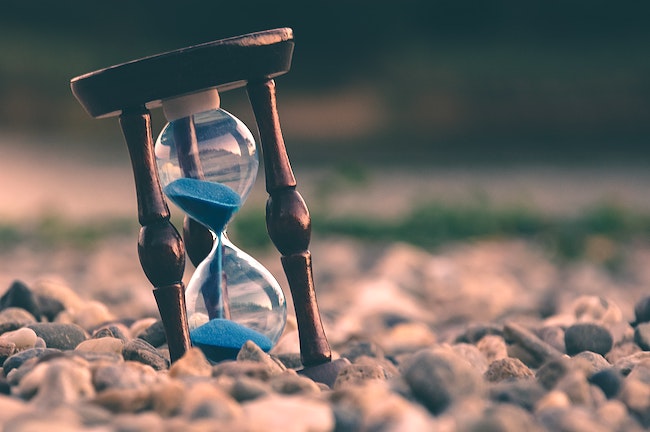 This first quality of this week, “yishuv”, literally means dwelling, sitting or resting. The commentators understand this as either a frame of mind — studying with composure and careful diligence, or more literally — spending sufficient time learning in a yeshiva (rabbinical college). The second quality, Scripture and Mishna (understood to be a single quality by the commentator Midrash Shmuel), means that one must master the basic texts of the Torah before he begins to delve into the Talmud and advanced Torah study.

R. Samson Raphael Hirsch notes the close connection between these two traits. Most people — late-starting beginners in particular — are anxious to go beyond the basics. When people first begin to study Torah, they understandably get very excited. When they see the wisdom of Torah and begin to make sense out of life, they become very anxious to articulate, to formulate their own ideas and insights.

This is understandable. As we saw earlier in Way 3, to fully comprehend and internalize a concept, one must express it himself. However, in their well-meaning enthusiasm, such students begin proposing all sorts of their own ideas and ruminations. They don’t want to just hear explanations from others. They are anxious to advance their own insights, to make their own personal acquisition of the Torah. And they start proposing their own innovations where, frankly, they have no business being. They “explain” the sin of Adam and Eve (not that any of us can explain why we ourselves sin), the faults of the Patriarchs (why Isaac favored Esau etc.), and the meanings behind the commandments. They have all the answers, they know just why G-d created the world, and — mockery of mockeries — they are brimful ready and willing to delve into the secrets of Kabbalah.

There is no denying that the sheer excitement of studying the Torah — and of making sense out of the universe — inspires a soul and stirs it to creativity. This is really a great part of what Torah study is. As we’ve discussed in the past, Torah study is anything but a dull exercise in text memorization. It involves vigorous and lively debate — each student understanding the Torah in his own way and making his own personal acquisition. We must understand for ourselves — questioning and challenging till we are satisfied, rather than submissively swallowing whatever our rabbi tells us. And the student who brings out new ideas and supplements his teacher’s lessons has made his own personal contribution to G-d’s Torah. As the Talmud states, whatever an accomplished student will one day say has already been taught to Moses at Sinai (Jerusalem Talmud, Pe’ah, 2:6). Such insights are a part of our Living Torah. And the student who takes what he has studied and builds upon it has merited to make the Torah and its wisdom a part of his very essence.

For this reason, as we’ve discussed in the past, most of the Torah handed to us at Sinai, beyond the Pentateuch itself, was given in oral form (the Oral Torah). The Torah was — and to a great extent still is — a living document. It is not preserved in amber to be studied as some historical curiosity. Nor is it carved in stone — to be viewed and admired, but not analyzed and applied. The Mishna and Talmud we have today are a compilation of layer upon layer of study and discussion. Each generation applied its own wisdom and experiences to the Torah’s timeless truths and saw new levels of relevance and application. The Torah we have today is the result of human insight applied to permanent and unchanging values, each and every Jew making his own subjective connection to the Torah’s objective truths.

However, our mishna charges us with an important word of caution. We must make the Torah our personal possession, but only when we are ready. We must first study with patience and diligence. It takes a lifetime of study and review till we can put it all together and understand for ourselves. In all our enthusiasm to acquire Torah knowledge, it must be based on the slow and steady, on the mastering of the texts as well as the languages of the Sages. (English translations, Internet classes, etc. are wonderful for beginners, but modern presentations and translated snippets hardly a scholar make.)

And there are no shortcuts. The path to accomplishment in Torah requires years of poring over basic texts. When we know everything the Sages have to say about why Adam sinned, why Joseph boasted his dreams to his brothers, why the brothers attempted to kill him, etc. we will have a faint hope of truly understanding what the Torah is all about.

In a similar vein, it takes an expert in Jewish law to truly comprehend G-d’s value system and appreciate the value of a Torah lifestyle. A traditional but not terribly knowledgeable Jew once told me that he permits himself to eat at non-kosher restaurants with his rough idea of what he should avoid. He felt he was basically doing right, avoiding the “important stuff.”

At the time, I didn’t mean to make light of his efforts — and I was wise enough not to offer much criticism. G-d for that matter does not sneeze at any effort to keep His laws, and far be it from me to be any more critical.

However, it occurred to me at the time that perhaps I (the great and learned Dovid Rosenfeld) would know enough to enter such an establishment knowing what should and should not be avoided (and only perhaps — I’m sure I’d want to do some homework first). But someone who has only the barest background in Jewish law is so much more poorly equipped to take such risks, stating standards and priorities in such a fundamental yet intricate area of Jewish law. But until we reach that point of mastery and proficiency, we must accept that as much as we have a right to question, challenge and articulate, attempting to understand G-d and Torah is in essence going beyond our ken. And as perpetual beginners, we must just be patient and accepting.