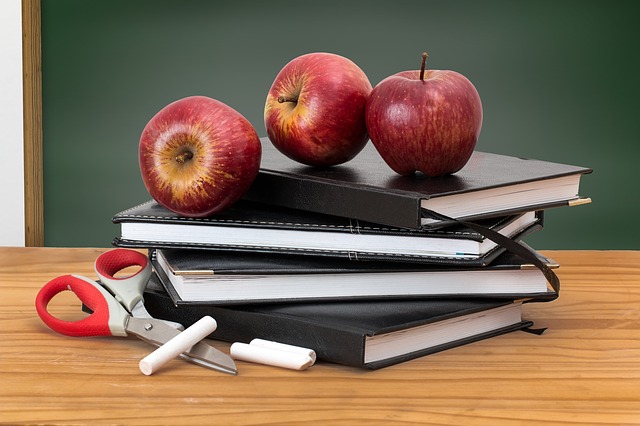 The first quality of this week — “service of the sages” — is typically understood to mean studying from Torah teachers. However, more literally it means “serving” the scholars — physically waiting on them and seeing to their needs. The Talmud states that serving Torah scholars is greater than studying from them (Brachos 7b). Far better than studying texts from him, one who “serves” his teacher witnesses the Torah in action — from a subservient standpoint — understanding the manner the Torah’s teachings are exemplified and put into practice.

Modern teaching methodology generally favors teaching through live interaction and example. The student should not just learn from a text. He should experiment for himself and involve all his senses in the learning process. So too, one of the most significant aspects of studying Torah is seeing its values in action and embodied in a living Torah scholar. (The Internet is useful, but only to a point… ) For this reason, Judaism places a great deal of emphasis on the moral caliber of a teacher — that he be worthy of living up to what he represents. (See for example Talmud Ta’anis 7a.)

The three qualities of this week form a natural progression. One first studies from his teacher, then reviews with his fellow students, and finally passes on what he has learned to his own students.

However, this progression is not chronological alone. As one progresses from one level to the next, he himself reaches higher levels of insight and understanding. In the Talmud, R. Yehuda HaNasi stated that he learned much from his teachers, more from his colleagues, and the most from his students (Makkos 10a). Explaining and giving over to others is not only an important means of instructing the next generation. It is as much a growing experience for the teacher. As the Talmud puts it, more than the calf wants to suckle, the cow wants to nurse (Pesachim 112a). When we clarify to ourselves to the point that we can impart to others, we have made a true acquisition of the Torah ourselves.

Many years ago a friend of mine approached R. Yaakov Weinberg of blessed memory, past Rosh Yeshiva (dean) of Ner Israel Rabbinical College, regarding accepting a rabbinical position in a smaller, fairly distant Jewish community. The question was if he should accept the post or continue his full-time studies in Ner Israel. He expected an answer of the sort that of course it would be nice to study in yeshiva forever, but one has to sacrifice for the greater good of Israel. We can’t just study ourselves our entire lives — as rewarding that is to the Torah scholar — but we must give over to the many thirsting Jewish souls who have no one to learn from. This was the sort of discussion my friend expected to have with this great man.

Let’s just say, however, that the conversation did not go according to plan. (One of the more impressive — if exasperating — qualities of my teacher R. Weinberg was that he never gave the answer one expected. He could never be accused of spouting the party line. He was far too creative to easily be pigeonholed. And here too, he threw an interesting curve — but one which with a little thought, we can certainly appreciate.)

R. Weinberg said in short: Always do what is best for you. Don’t sacrifice your own life by living for others or by making your own life decisions because of them. (We’re obviously not talking about when there is literally no one else to teach others Torah.) G-d placed us here to fulfill our own missions and realize our own potential. We must live for ourselves — not in a selfish way, but in order that G-d’s plans for us be fulfilled.

However, there comes a time when everyone must leave the study hall. This is not because we must sacrifice for the sake of others or because we must go out and earn a living (although that rarely isn’t the case). It is because we ourselves will never fully realize our potential so long as we remain in yeshiva. There is a point when the scholar will no longer grow in study, when he has little more to gain from his teachers and colleagues. This is not, of course, because he has mastered all of G-d’s infinite wisdom. But there is a point at which we stagnate. We become very good at what we do — and it no longer challenges us. We’ve studied for years, we’ve covered a lot of ground, and one more responsum or page of the Talmud will not really qualitatively make a difference.

At that point a person must move on. He must expose himself to higher goals and greater challenges. He must find it within himself to give over to others, in particular to challenge himself by going up against the independent-mindedness and chutzpah of the next generation. Such a teacher will be forced to understand the Torah, himself, and his positions so much better if he wants to give it over to usually less-than-eager students. It had better make sense to him and be a part of him if he wants not only to explain it to others but to become a living example of Torah and Judaism himself. If he can get it by today’s youth (or any generation’s youth — regardless of what we claim, we really weren’t all that better back then), he’s got to be pretty darn good.

All of this sounds a little selfish — learn, study — even teach — for yourself. But the world is too perfect — at least on an ideal level we don’t always relate to — to be any different. As we progress through our lives, we should never think of life as some great sacrifice — deny from yourself so you can give to others — or even deny from yourself so you can live spiritually. The world is too perfect. When the time is ripe, helping others will be the best thing you can do for yourself as well. The time comes in a person’s life when he himself will grow most by giving over to others — whether to students or to a spouse and children. G-d presents us with the challenges we need in life; it is up to us to see when the time comes to move on.

Thus, we should view life at every stage with a new sense of challenge. And we need the challenge. When we get too good at doing things the same old way — once we’ve gotten good at one stage of life — it is usually time to move on. People who spend long periods of their lives continuing to do what they do best — even the student who spends too many years in study — often stagnate and become too complacent to move on to bigger things. Life must always provide us with fresh challenges, or the existing ones will become stale — and we will have gotten too used to taking it easy. Being too good is dangerous. If you’re breezing through high school, it’s time to take college-level courses. If you’re the best basketball player in your division, it’s time for the big leagues. Man needs challenge, for if we are not moving forwards, we are comfortably and relaxingly slipping back